The Edinburgh Fringe is a hotbed of experimental, exciting and engaging theatre, but with so many shows to choose from it can be hard to work out where to start. Hopefully this page can help – we'll be updating it throughout the Fringe with the best reviews from our Theatre team.

This adaption by Gbolahan Obisesan is a powerful and gut-wrenching piece of theatre. Assembly George Square Studios (One), until 24 Aug, 12.15pm, £14

Frankenstein: How To Make a Monster @ Traverse

Richard Blackwood is phenomenal in this one-man show about the tragic case of Christopher Alder. Pleasance Courtyard (Beneath), until 25 Aug, 4.30pm, £9-12

Mercimax's show, part of the Swiss Selection programme at Summerhall, is a peculiar, quiet piece with a delicate intimacy. Summerhall (Former Womens' Locker Room), until 25 Aug, various times, returns only

A sparkling cabaret about the experiences of queer Caribbean women that will tickle your sides as much as it will touch your heart. Bedlam Theatre, until 25 Aug (not 20), 9.30pm, £8-10

A candid but thrilling show that combines confessional vignettes with impressive circus craft.  Assembly Roxy (Central), until 26 Aug (not 20), 5.50pm, £13-16

An extremely clever, absolutely mind-bending show from Circumference: expect to question everything you thought you knew about circus, and much more besides. ZOO Southside (Main House), until 25 August, 7pm, £12-14

A brave and honest depiction of sex offenders struggling to come to terms with their crimes. Underbelly Cowgate (Big Belly), until 25 Aug, 7.45pm, £10-12

Scottish-Kenyan storyteller Mara Menzies builds a fluid world in this exploration of Scotland's relationship with colonialism. The Storytelling Centre (Netherbow Theatre), until 26 Aug, £10-12

Are we not drawn onward to new erA @ Zoo Southside

An inventive, meticulously choreographed, high artistic commentary on humanity’s collective destruction of the Earth from Ontroerend Goed. Zoo Southside, until 25 Aug (not 19), 11am, £12-14

Ridiculous yet compassionate, The Three Deaths of Ebony Black looks at the three ways an individual dies. Underbelly Bristo Square (Daisy), until 26 Aug, £8.50-10.50

Bringing back his monologue for the final time, Pip Utton's Adolf is as relevant and powerful as ever. The Stand New Town Theatre, until 12 Aug, 3.50pm, £15-13

Outrageous and miraculously polished, this improvised date takes more than one audience member on a night they won’t forget. CanadaHub @ Summerhall (Kings Hall), until 25 Aug (not 12, 19), £9-11, 9pm

Based on real-life correspondences, Will Jackson's Yours Sincerely is an escalating comedy that takes you on a wild ride. Assembly Rooms (Front Room), until 24 Aug (not 13), 8pm, £9-10

Kieran Hurley's latest play is an outstanding, powerful and gut-punching piece of theatre. Traverse Theatre (Traverse 2), until 25 Aug (not 12), various times, £15-21 (returns only)

Working on My Night Moves @ Summerhall

A tender and captivating piece of performance art that explores and interprets the way women exist in and alter spaces. Summerhall (Old Lab), until 25 Aug (not 12, 19), £10-12

Kimmings' latest show is a heightened but honest reflection of the tornado that is mental illness; deeply connected and incredibly moving, do whatever you can to get a ticket. Pleasance Courtyard (Pleasance One), until 25 Aug (not 12), 5.30pm, £17

Like a prosecco fuelled heart-to-heat with your best friend, Sarah-Jane Scott's Appropriate is bubbly, hilarious and real. Summerhall (Anatomy Lecture Theatre), until 25th Aug (not 12 or 19), 7.15pm, £8-£10

Thoughtful piece from Edinburgh University's Theatre Paradok that takes a look at two northern women making their way under Thatcher and May. Greenside @ Nicolson Square (Fern Studio), until 10 Aug, 6.40pm, £8-£12

A charming exploration of the way in which our language and experience is personally defined and created by contemporary body politics. Pleasance COurtyard (The Attic), until 26th Aug (not 13), 3.15pm, £9-£10

Handprint theatre inspire audience to take strides in the right direction with Moonbird, a new children's show that is fully accessible for the deaf community. Pleasance Courtyard (Beside), until 25th Aug (not 12 or 20), 10.30am, £8-£9

A splendidly morose surprise that celebrates the life and death of a man who you never knew while trawling the history of Edinburgh. Summerhall (Anatomy Lecture Theatre), until 25 Aug (not 12, 19), 4pm, £15-14 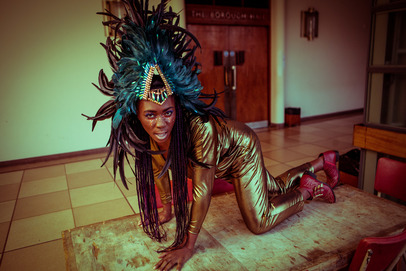 Rachael Young's NIGHTCLUBBING is a performance art exploration of race, intersectionality and the dream of a radically inclusive future. Summerhall (Old Lab), until 11 Aug, 3.45pm, £8-12

An irreverent and anarchic jukebox musical based on Belle and Sebastian's classic album. Gilded Balloon Patter Hoose, until 26 August (not 12), 3.45pm, £14-15

Trying It On @ Traverse Theatre

David Edgar's Trying It On is a thoughtful, self-questioning play of ceaseless invention. Traverse Theatre, until 25 Aug, various times, £5-22

Every year at the Fringe, there are countless Shakespeare productions. Last Life: A Shakespeare Play uses the frame of Shakespeare’s works to do something rather different. Greenside (Infirmary Street), until 17 Aug (not 13), 6.30pm, £5-8 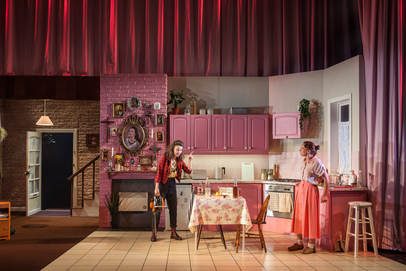 A smack in the face in all of the best ways possible. Crocodile Fever is dark, hilarious, violent, gruesome, wholesome and a clusterfuck of religious iconography and blasphemy. Traverse Theatre (Traverse 1), until 25 Aug (not 12 or 19), various times, £15-22

An epic solo show featuring a powerhouse of a performer, Cherish Violet Blood is a woman on a mission with a steely nerve and an unapologetic anger. Summerhall (Kings Hall @ CanadaHub), until 24 Aug (not 12, 19), 2.30pm, £9-11 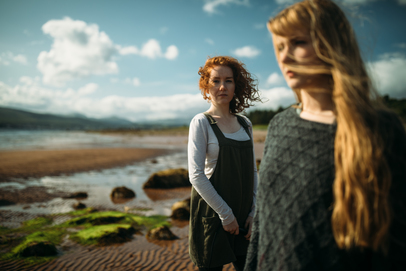 Islander is an immersive, elemental and beautiful musical reflection of life in Scotland's island communities. Summerhall (Roundabout), until 25 Aug (not 13 or 20), 10am, £8-15 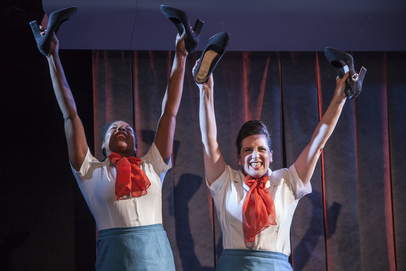 An explosive, humourous production looking at two female flight attendants who tire of the expectations placed upon them. Traverse Theatre (Traverse 2), until August 25, various times, £15.50-21 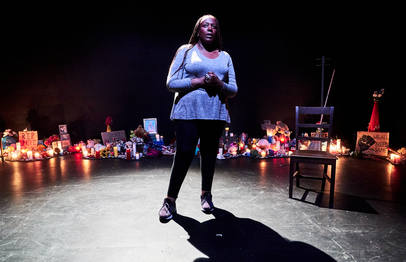 Until the Flood @ Traverse Theatre

A much-needed post-Ferguson dialogue, Until the Flood is anchored by an incredible set of performances from Dael Orlandersmith. Traverse Theatre (Traverse 2), until 25 Aug (not 12 or 19), various times, £15.50-21 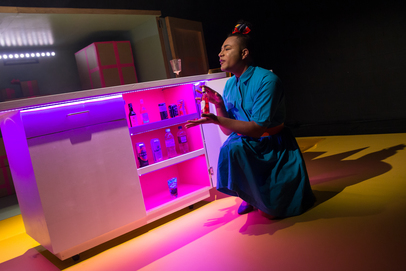 Travis Alabanza's new show takes the mundane burger and turns it into a vehicle to explore gender, race and transphobia. Traverse Theatre (Traverse 2), until 25 Aug (not 12, 19), various times, £5-21 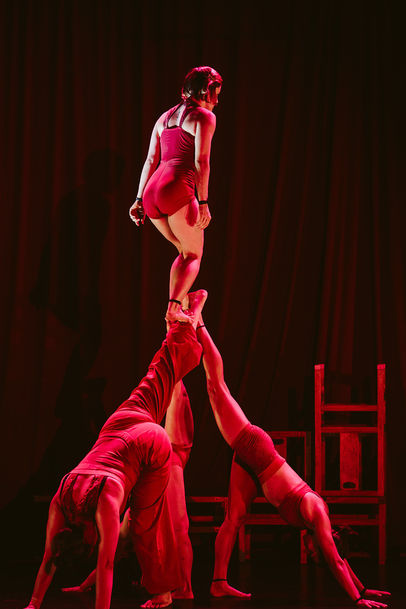 A rockstar tries to cope with life as a single dad in this music-filled and heart-warming story following the rocky road to parenthood. Pleasance Dome (10 Dome), until 26 Aug (not 13), 1.20pm, £11-12

To keep up with our review team's verdicts on this year's Edinburgh Fringe, follow The Skinny on Twitter, and sign up for our Zap! newsletter to get the best of the Fringe (and all the other great stuff going on across Scotland) direct to your inbox.

Take a look at our Theatre Editor's highlights from this year's programme, or check out one of our Fringe newcomers to watch from our list.