Get your literature fix at Book Week Scotland and Edinburgh's Radical Book Fair, both kicking off this week. Plus, El Rancho Music launch with a label showcase, Spot Design Market returns for a Winter edition, Giant Swan tear up Room 2 and more...

You get no book festivals for months then you get two at once! This week, Book Week Scotland kicks off across the nation, running from 18-24 November, while Edinburgh's Radical Book Fair takes place from 14-17 November.

Book Week Scotland explores literature across the spectrum with a series of exhibitions, theatre performances, discussion panels, workshops and much more. There's also a Big Book Swap at Edinburgh's Stockbridge Library on 22 November, where all you need to do is bring in a book and donate £1 to swap it, with donations going towards funding literacy projects in Scotland.

On a much smaller scale, Lighthouse Bookshop – Edinburgh’s Radical Bookshop naturally bring us Edinburgh’s Radical Book Fair. They'll set up in Assembly Roxy for a weekend focusing on radical hope and building a better future. The Fair will include over 50 stalls and a range of events, with speakers including Sara Sheridan, Priyamvada Gopal and Richard Seymour.

VOTE FOR US FOR PPA COVER OF THE YEAR 2019
We've been nominated for an award! Our August issue cover, featuring a bespoke illustration by Ida Henrich (pictured), has been nominated for Cover of the Year at the 2019 PPA Scottish Magazine Awards, so if you think it's as wonderful as we do, vote for it at the above link.

El Rancho Music Showcase
The Flying Duck, Glasgow. 14 Nov, 8pm
Glasgow’s El Rancho Records are hosting a showcase to celebrate the launch of their management and booking agency El Rancho Music tonight. Four bands from across the label and roster – Savage Mansion, LYLO, Sweaty Palms and The Lawnmower – will be playing, and if you missed El Rancho’s recent takeover of our EH-FM radio slot, you can listen back here. Image: Neelam Khan Vela

Declan Welsh & the Decadent West
Beat Generator Live!, Dundee. 19 Nov, 7.30pm
It’s been a busy year for Declan Welsh and his band The Decadent West, making a coveted appearance at Glastonbury on Billy Bragg’s stage and then releasing their debut album, Cheaply Bought, Expensively Sold. Now they’re taking it on the road to see out 2019 in style. Image: Neelam Khan Vela

ADVERTISEMENT | The Music of Zimmer vs Williams
Usher Hall, Edinburgh, 28 Dec, 7.30pm
A sensational concert celebrating the best scores from the two greatest film composers of all time. Hans Zimmer and John Williams. Between them they have 58 Academy Award nominations. Under Stephen Bell, the Royal Scottish National Orchestra perform iconic film scores from these two giants of the film world in one fantastic concert. All your favourites are here: Inception, Gladiator, Superman, Harry Potter, Pirates of the Caribbean, Star Wars and Indiana Jones.

Resonate
BAaD, Glasgow. 14 Nov, 8.30am
Looking to learn more about the inner workings of the music industry? Look no further than Resonate, a day-long programme of events featuring an array of music industry professionals taking part in panel discussions, workshops, drop-ins and a technology hub. Whether it’s music distribution, media or PR you’re interested in, there’s something to suit any keen music fan. Image: Jake Gordon

Suzi Ruffell: Dance Like Everyone's Watching
Glee Club, Glasgow. 17 Nov, 6.45pm
An exploration of happiness is not normally what you’d expect from a stand-up show, but that’s exactly what Suzi Ruffell details in her latest show. Finally in a place of contentment, Ruffell disproves the myth that to be funny you have to be self-deprecating and miserable, and received rave reviews for it when she performed the show at this year’s Fringe. Image: Jiksaw

Tim Minchin: Back
Edinburgh Playhouse, Edinburgh. 19-23 Nov, 7.30pm
Back from his forays into musical theatre and winning multiple awards for co-writing the musical version of Roald Dahl's Matilda, Tim Minchin is returning to the stand-up game after a seven year break with his new show, the aptly-titled Back. He’s sure to have picked up some new tricks to elevate his signature musical comedy to an even greater scale. Image: Damian Bennett 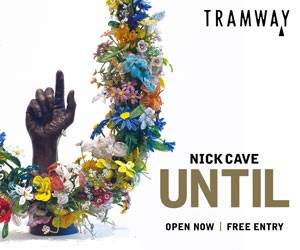 Giant Swan
Room 2, Glasgow. 15 Nov, 11pm
Bristol duo Giant Swan are the most exciting electronic act around at the moment, and you'd be a fool to miss their exhilarating live show. Heading out on their first ever headline tour in support of their self-titled debut album, the duo – made up of Robin Stewart and Harry Wright – will be joined by fellow Bristolians Ossia, Berlin-based Dis Fig and Glasgow's own Sue Zuki. Image: Keith Leaf

Heaters: Anastasia Kristensen
Sneaky Pete’s, Edinburgh. 20 Nov, 11pm
Ahead of the release of her latest EP, M A X I M A, due out on Houndstooth on 22 November, Danish DJ and producer Anastasia Kristensen makes a return to Sneaks for midweek party Heaters. The release is Kristensen's second this year, following the release of her debut EP Ascetic on Warp sub-label Arcola in March, so she's building a reputation as being somewhat prolific. Image: Morten Bentzon