What's On North 25 May-1 Jun: We Love Manchester

This morning we find ourselves still feeling incredibly numb after Monday night's attack. The sun may be out, but it's shining on a new Manchester: one that's in city-wide grief. One that's finding it hard to sleep and, three days on, can't get rid of that sick feeling in the pit of its stomach.

But, also, one that in many ways has shown strength and unity. From the immediate aftermath of the attack right through to Tuesday's vigil, we've witnessed round-the-clock rallying, with the people of the city coming together to do what they could, whether it was saving lives, offering shelter or raising money for the families of victims – all bound by a message of love.

And while Manchester's resilience has proven nothing but admirable, let's also spare a thought for those struggling to return to "business as usual". We all respond to tragedy in different ways, so there may be some people not yet able to channel that ballsy hardihood the North is loved for – not yet ready to shout "We won't be defeated!" from the rooftops while the sirens continue to whir in the distance. Help them know that's okay – and pretty fucking understandable.

In the meantime, spend time with the ones you love. Do some nice things. We've made some suggestions below... but wallowing on the sofa with some shit TV is fine too.

Look after each other. 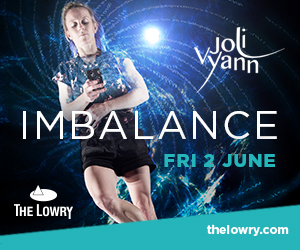 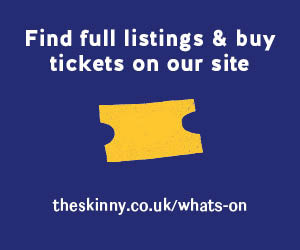 What can you do to help?

Multi-venue hopabout Dot to Dot returns for 2017 with the likes of Honeyblood, Pinegrove, Sundara Karma and others (26 May); the very wonderful Trof NQ celebrates a decade in the game with a week of special events (25-31 May); the Unabombers team up with Ibiza institution Pikes and Croatian festival Love International for an Electric Weekender at The Refuge (26-28 May); Brazilian musician Seu Jorge heads to the Albert Hall for a live set of his Portuguese-language Bowie covers from Wes Anderson film The Life Aquatic with Steve Zissou (25 May); Chorlton Arts Festival enters its final weekend; Hip Hop Chip Shop host a screening of Stretch and Bobbito doc Radio That Changed Lives (28 May). Photo: Andy Von Pip

Leeds promoters Super Friendz present festival World Island with Floating Points, Nao, BadBadNotGood, Submotion Orchestra, Yussef Kamaal and more (28 May); Slam Dunk festival brings the punk rock alternativeness from Enter Shikari, Bowling For Soup, Less Than Jake, Reel Big Fish and others (28 May); the Leeds Gin and Vodka Festival serves up 80 gins and 40 vodkas (27-28 May); this year's second instalment of the Garden Party promises one of its biggest events yet with the likes of Solardo, The Martinez Brothers, Midland, Gerd Janson and Pender Street Steppers (28 May).

Sound City celebrates a decade in the biz with The Kooks, The Cribs, Metronomy, The Kills and more (25-28 May); the annual Liverpool School of Art and Design Degree Show showcases graduating students in architecture, fashion, fine art, graphic design and illustration at Liverpool John Moores University (26 May-9 Jun); New Brighton hosts its first ever Seaside Festival (27-29 May); the Open Eye Gallery becomes home to a huge adult ball pool (27-29 May). Photo: Michael Barrow