Following the debut outing for The Great Western festival in Glasgow last November, we’re delighted to announce that 432 Presents have a similar day of fun planned at the other of the M8 for 2020, with Edinburgh getting ready to welcome The Great Eastern this spring.

Taking place in a neat three-pointed triangle of Edinburgh venues on Saturday 9 May, the new all-dayer will continue in the spirit of its sister event in the west with a theme of musical exploration and discovery, with over 40 acts set to descend upon the capital.

Using Summerhall as its main hub, The Great Eastern will take over several spaces within the arts complex, as well as neighbouring venues The Queen’s Hall and the lesser used King’s Hall, both just a few minutes walk round the corner on Clerk Street and South Clerk Street respectively.

Joining the line-up in its second wave are One True Pairing, the new project from former-Wild Beasts bassist Tom Fleming, and two Edinburgh bands we're very excited for – Bikini Body and Medicine Cabinet. Glasgow's The Joy Hotel, featuring Emme Woods and members of Quiche, have also been added to The Great Eastern alongside Wrest, Lauren Ruth Ward, Emma McGrath, BABii and Eleanor Kane.

Among the first wave of bands were Bristol trio BEAK>, set to bring their psychedelic soundscapes and textured beats to Edinburgh. Glasgow power couple of the moment Free Love will also play, and after a handful of nothing short of thrilling performances from them in recent months, we can’t wait to welcome this spiritual pair back to the capital this May, hopefully with their NRG vessels in tow. 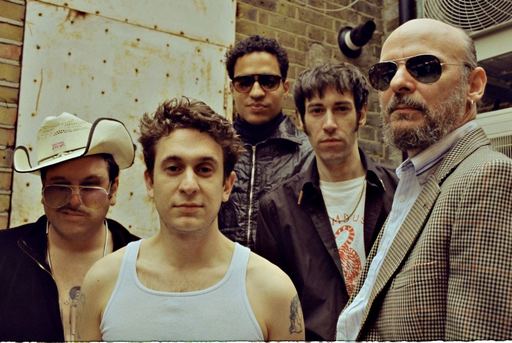 Following the release of their third album, Tainted Lunch, which featured at number six in BBC 6 Music’s 2019 Albums of the Year poll, Warmduscher will also make an appearance at The Great Eastern. The London-based post-punks were originally announced for The Great Western last year, but due to singer Clams Baker Jr breaking his arm, were sadly forced to cancel. Joining them will be American songwriter and multi-instrumentalist BC Camplight, who plays the festival just a couple of weeks after releasing what will be his fifth studio album, Shortly After Takeoff, and Icelandic experimental artist JFDR, whose second album New Dreams is set for release this March.

The Great Eastern takes place at Summerhall, The Queen's Hall and King's Hall, Edinburgh, 9 May; early bird tickets go on sale this Friday 7 February at 9am, available from: thegreateastern.org

The Skinny are media partners for The Great Eastern.