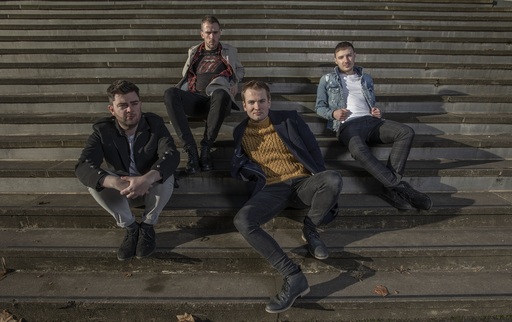 Tide Lines’ sound is a combination of Celtic soul, folk philosophy and big guitars, coupled with the angelic voice of singer and chief songwriter Robert Robertson. The band first emerged in the summer of 2016 with their debut single, Far Side Of The World. The following year they self-released their debut album Dreams We Never Lost, which has become something of a runaway success. After the record's release, the band have sold out shows across the Highlands and Islands, from Glasgow to John O’Groats, and all points inbetween.

Tide Lines are in the process of recording their second album, which will be released in the spring of 2020, and the band tour Scotland this May and June, finishing up with a huge outdoor show at Kelvingrove Bandstand in Glasgow on 19 June. We have a pair of tickets for the show to be won; to be in with a chance of winning, fill in the form below and answer the following question...

What is the name of Tide Lines' 2016 debut single?

Competition closes midnight Sun 1 Mar. Winners will be notified by email and will have 48 hours to respond or the prize will be offered to another entrant. The Skinny’s T&Cs can be found at theskinny.co.uk/about/terms