What's On Scotland 2-9 May: Stag & Dagger and more

If you were planning on using your early May Bank Holiday weekend to rest and recuperate, think again. Take your pick from the likes of Playground of Sound, Stag & Dagger, Alchemy Film and Moving Image Festival and more...

Playground of Sound will be bringing a selection of DJs specialising in reggae, dancehall, afrobeat, soul, funk, house and disco to Glasgow over two days this weekend for you to ease your way into the weekend (or completely fuck it on day one). Ahead of her reggae set on Saturday, Glasgow-based DJ Nightwave put together a guest mini-mix for The Skinny's EH-FM show this past Monday – skip to 1:23:02 to hear the mix or listen from the beginning for lots of top tunes and, of course, banter.

Continue the shenanigans at multi-venue music festival Stag & Dagger on Sunday, but make sure you plan out your day of gig-going in advance if you want to make the most of your day. Honeyblood, Dream Wife (pictured), Goat Girl and Pip Blom sit alongside a whole host of exciting up-and-coming Scottish bands, including Chuchoter, Crystal, Shredd and Slime City, so get your spreadsheet skills going.

Confidence Man
St Luke’s, Glasgow. 7 May, 7pm
If you’re a cool party girl in a cool party world, get down to St Luke’s to see wonderful Aussie party band Confidence Man and their incredible dance routines. Join Janet Planet, Sugar Bones, Reggie Goodchild and Clarence McGuffie for a lot of madness and a healthy dose of pop bangers taking in everything from 90s dance to Britpop. Image: Andrew Whitton

Hamish Hawk & the New Outfit
Sneaky Pete’s, Edinburgh. 6 May, 7.30pm
Edinburgh musician Hamish Hawk will be making the rounds next week, following the release of his new EP, Laziest River, tomorrow. Hawk and his New Outfit will begin a three-day Scottish tour in Edinburgh on Monday, before heading to Glasgow on Tuesday and Crail on Wednesday. Image: Ludovic Farine

Alchemy Film and Moving Image Festival
Various venues, Hawick. 2-6 May, times vary
Hawick comes alive with the sight of film, as Alchemy returns to the Scottish Borders town, bringing with it 147 moving image works over five days and across eight programme strands. Included in this year’s festival is a 16mm programme dedicated to Rotterdam-based analogue filmmaker Esther Urlus and a selection of shorts exploring the benefits of biodiversity. Image: Alix Rothnie 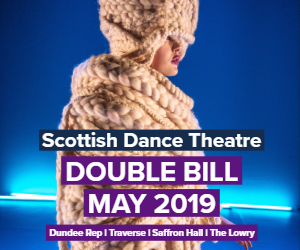 RuPaul’s Drag Race – Werq the World Tour
Edinburgh Playhouse, Edinburgh. 6 May, 8pm
Who better to guide us on a journey to save the world than a bunch of fabulous queens? Aquaria, Kameron Michaels, Asia O’Hara, Kim Chi, Naomi Smalls, Monét X Change and Violet Chachki all join the inimitable Michelle Visage for the drag show to end all drag shows, RuPaul's Drag Race – Werq the World Tour. Prepare to slay or be slayed (whatever that means). Image: imagemdosom.pt 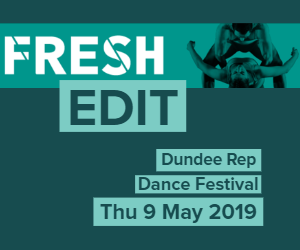 Jackhammer presents Derrick May and Dave Clarke
Leith Theatre, Edinburgh. 4 May, 5pm
You didn't think we'd really miss the opportunity for a 'May the fourth be with you' joke did you? Luckily, we don't even need to make one, as Jackhammer have done that for us – thanks Jackhammer. They're bringing Detroit techno legend Derrick May (pictured) – the fourth be with you, geddit?! – and 'The Baron of Techno' Dave Clarke to Leith Theatre for a big old bash on Saturday.