With another bank holiday comes another weekend of sterling work from Scotland's events calendar, with Stag & Dagger, Beltane, Glasgow Zine Fest and more on the cards

Another bank holiday? We know, pal! What a time to be alive. Best make the most of not having work on Monday morning by filling your last Sunday of April with the sounds of Glasgow's multi-venue music festival Stag and Dagger.

Spanning everything from rising names to big, established types, the programme features Sydney's nostalgic garage pop heads DMA's, Essex beatsmith Gold Panda, Baby Strange, art-rockers The Vegan Leather, Edinburgh-based electronic outfit Future Get Down (as seen at our Eclectica Experiment night last week) and many, many more. Grab a wristband and get exploring, before snoozing it off the next morning while spooning a bacon sarnie.

If an entire bill of amazing live music for £25 ain't your thing (*rolls eyes*), or, indeed, you're not over Glasgow-way for the May bank hol, scroll down for PLENTY more suggestions of how you can spend your time this week. Photo: Stuart Moulding

Grab your baseball bats and prepare to develop a deep-seated mistrust of everyone around you, for following the runaway success of their Game of Thrones-inspired pop-up bar Blood & Wine, The Pop Up Geeks' new project takes its cue from an equally bloody and critically-lauded US drama. SURVIVE features drinks inspired by The Walking Dead comics and TV show, located in the cellar space of the excellent Belgian beer bar Six Degrees North on Howe Street, and will run on Tuesdays, Wednesdays and Thursdays from 3 May. 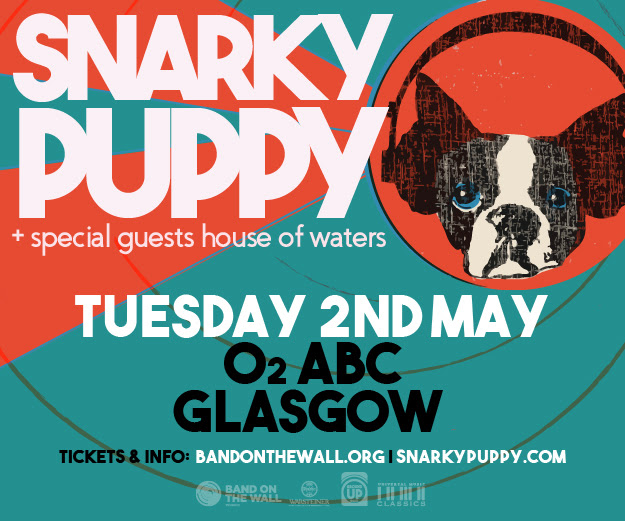 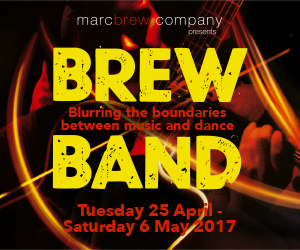 Aidan Moffat bids farewell to L. Pierre with 1948–, a carefully constructed final offering that picks apart our changing consumer habits and professes the death of vinyl. You can also read our review of the album here – spoiler: we rly like it.

We meet up with Gerard Black at Glasgow's Art School, to talk about the evolution of Babe and to find out more about latest LP, Kiss & Tell, an "effortlessly special album" that was awarded a shiny four stars in our review.

Two-time Grammy winning jazz and funk collective Snarky Puppy kick off their biggest ever UK tour next week, and we’re giving you the chance to win two tickets to the Glasgow show. Head over to our Twitter at midday on Thursday and retweet to be in with a chance of winning (closes 28 Apr).

As part of TradFest, Transgressive North presents the third festival of folk cinema, this year revolving around a dual theme of 'Songs and Labour'. Showcasing Scottish and world cinema exploring the complex ties between communities, music and labour, many screenings will include a live performance from a folk musician, whose music will tie in with the thematic focus of the film.

Celebrating the DIY spirit and artistic expression of zine culture, along with the central Zine Fair on both days, at Glasgow ZIne Fest you'll also find a whole programme of workshops, talks, readings and screenings to dig those little creative claws of yours into.

Time to get all disco inferno, as Beltane Fire Festival returns to cast off the darkness and usher in all that sweet, sweet light. Drawing on a variety of historical, mythological and literary influences, Beltane bills itself as 'investigative theatre', with thundering drums and fire torches leading the way for a huge procession celebrating the first signs of summer.

So, after a completely batshit couple of years, where are we now? That's what Neu! Reekie! want to know, which is why they're taking their very own festival of spoken word, hip hop, music, film, discussion, street theatre and art to Hull in June - get a taste of what's to come at their Edinburgh edition, featuring Bill Drummond, 404 Ink and more. Photo: Sinead Grainger

This week in Scottish Art

As well as Glasgow Zine Fest, find out what else is on the agenda for this week's Scottish art scene, which promises music, performance and new exhibitions, as well as a very, very packed weekend with Glasgow Open House Festival and Glasgow Contemporary Art Fair. Illustration: Studio Monik

Sign up to our Zap! newsletter to get our top ten events guide in your inbox every week