The inaugural Great Western festival takes place in Glasgow this Saturday, or you can head to Szentek in St Andrews for a more electronic affair. Plus, Arika is back with its 10th episode, Fokus Film Festival returns, Björk comes to Glasgow and more...

Summer festival season may be well and truly over, but that doesn't mean festivals have to disappear completely! Whatever your musical taste, there's an option for you this week.

With an outdoor festival too big a risk to take at this time of year given Scotland’s unreliable weather, we’re fortunate to have indoor options. The latest all-dayer on the scene, The Great Western is run by 432 Presents and takes place at venues across Glasgow’s West End, with live performances from the likes of Songhoy Blues, Sacred Paws (pictured) and Free Love.

If you're more of an electronic music fan, then hitch a ride up to St Andrews this evening for Szentek. The festival returns to Kinkell Byre, a converted barn, with Optimo, Eclair Fifi, IDA, Peverelist and Palidrone among those lined up to perform. The festival also features art installations, cinema rooms and food vendors, with proceeds going to Variety Scotland, a Glasgow-based children’s charity. 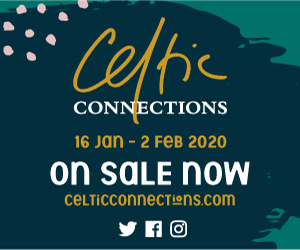 Bat For Lashes
The Queen's Hall, Edinburgh. 23 Nov, 7pm
Shortly after the release of her fourth album as Bat For Lashes, Natasha Khan decided to relocate from London to LA to focus on scriptwriting. But, luckily for us, she decided she wasn’t quite done with music just yet and returned earlier this year with her latest album, Lost Girls, influenced by her love of 80s cinema. Image: Logan White

Whitney
QMU, Glasgow. 27 Nov, 7pm
Born from the ashes of Max Kakacek and Julien Ehrlich’s previous band Smith Westerns, Whitney have given us two excellent records in the form of their 2016 debut Light Upon the Lake and this year’s follow-up Forever Turned Around. Their latest is a heartbreaking detailing of the breakdown of a relationship accompanied by their signature folk-tinged indie stylings. Image: Olivia Bee

ADVERTISEMENT | Wasps Winter Artist and Makers Market
The Briggait, Glasgow, 7 Dec, 11am
On Saturday 7 December, Wasps present the third Winter Artists and Makers Market in The Briggait. With over 80 stall holders, this free event showcases the work of Wasps studio holders and other artists and makers, including Freya Im, Bonny Claith, Jane Harrison, Fiona Matheson, Tinsel Edwards, Frank Boyle and many more, alongside hot food and drink. This is the perfect way to Christmas shop – supporting artists, local makers and independent businesses!

Arika
Tramway, Glasgow. 21-24 Nov
Arika returns for its 10th episode, A Means Without An End, featuring a programme of readings, screenings, performances and discussions. American poet and scholar Fred Moten and filmmaker and performance artist Wu Tsang collaborate for a sculpture-performance, Gravitational Feel (pictured), available to view for the duration of the festival. Image: Florian Braakman, courtesy of Wu Tsang

Fokus: Films From Germany
Various venues across Scotland. 21 Nov 19-31 Jan 20
In its fifth year, Fokus acknowledges two significant anniversaries in German history. Opening film Bauhaus Spirit: 100 Years of Bauhaus (pictured) celebrates the founding of the Bauhaus School in 1919, while two films by two Andreas’s reflect on 30 years of the Fall of the Wall – Andreas Dresen’s Gundermann and Andreas Goldstein’s Adam and Evelyn. Image: Courtesy of Fokus

Christmas at the Botanics
Royal Botanic Garden, Edinburgh. Until 29 Dec, times vary
Christmas fever is well and truly underway – the ads are increasing on the telly, the markets are open and annual family favourite Christmas at the Botanics has begun. This year, there are four new light installations created by renowned artists, as well as the return of the Tunnel of Light and much more. Image: Raymond Gubbay and Royal Botanic Garden Edinburgh

Red Bull & Dimensions present Get Down Early
Sneaky Pete’s, Edinburgh. 21 Nov, 10pm
Red Bull team up with Dimensions once again for the second edition of their Get Down Early series, which sees usual club line-ups flipped on their heads as regular headliners play in a support slot ahead of emerging talents who are given headliner status. For the Edinburgh edition, Sassy J (pictured) will warm up for founder of record label Tiff’s Joints, Born Cheating. Image: Jaroslav Moravec for Inverted Audio

FunkPresents: Tijana T
Club 69, Paisley. 22 Nov, 11pm
Tijana Todorovi has been at the forefront of Serbia's electronic music scene for nearly 20 years, where she is a well-known journalist, broadcaster and DJ. Better known under her musical guise Tijana T, Todorovi will make the journey to Paisley's Club 69 for FunkPresents' latest event and if her previous sets are anything to go by, it's going to be quite the party. Image: Viktor Shekularatz