II bears the same restrained energy and cheek of TNGHT, yanked right up to date by a pair of plugged-in beatmakers

Though it might sound like an overstatement, it’s fair to say that TNGHT's self-titled debut EP, released in 2012, left a lasting impact on electronic music. A collaboration between Glasgow’s Hudson Mohawke and Montreal’s Lunice, the project served to distill not just their respective talents (combinatorial simplicity; unusual sounds and FX; layered, outrageous chaos) but also emerging music trends at their most nascent. A mere five tracks, that first extended player was a crisp, focused showcase of early-2010s electronic hallmarks, delivered with the easy wit of two producers whose effortless synergy sounds like one brain.

These days, pop and hip-hop tracks sporting heavy synth-brass drops, quirky samples and overused 808-style hi-hats are a dime a dozen. While not solely responsible for that style of production, TNGHT played a large role in its proliferation, spawning many imitators (both within their home label of LuckyMe and beyond) in the wake of their hiatus at the end of 2013. After several years of working on their own projects, rumours of TNGHT’s return were confirmed in mid-2017, by which point the debut EP had been solidified, in some circles, as one of the most significant electronic music outputs of the decade. 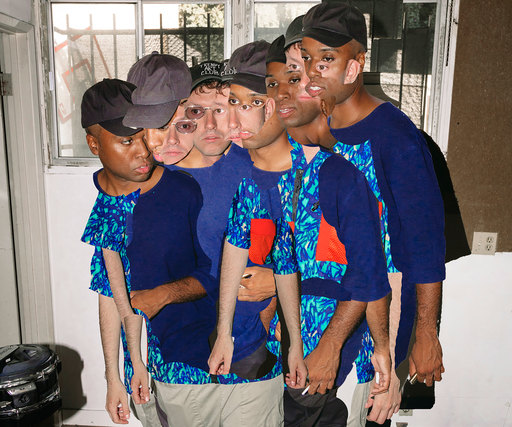 Seven years is a long time in the music industry, and the genre TNGHT arguably helped shape has changed considerably in the interim. II is the duo’s return to the fold, and one that – again – is hotly pursuing originality in a crowded and derivative marketplace. What the pair are good at – and this is true of their solo work as much as with TNGHT – is not taking this too seriously.

From the scattershot, yelping battlecries of opener Serpent, to the almost-tinny (yet wholly polished) midi panpipes of the jaunty First Body, that “fun-first approach” Pitchfork clocked in 2012 is in full effect here. And when the MO is still to hone in on a handful of elements – pared down but still cranked up to full resolution – that silliness somehow bangs, and hard, powered by an ear for a good beat.

Like the first record, there's also still a hip-hop – or hip-hop adjacent – sensibility here, like the clipped vocal on Dollaz ('They / Just / Dollaz'), or the whistling beat and Goodie Mob sample on What It Is. But entries like Club Finger, or Gimme Summn, whose bass thuds like EDM rave fodder, keep the EP in diverse territory. Saying artists ‘resist categorisation’ is a pretty common refrain, especially in the increasingly subdivided church that is electronic music. It’s one thing to smash styles together; it’s another to cherry pick unlikely bedfellows and create something refreshingly novel. TNGHT's II sits much more in column B than A.

Whether or not this long-awaited second EP will leave its mark to the same extent as the first remains to be seen. For now, it’s at least threaded the needle of being both familiar without retreading well-travelled ground, and new without flying disappointingly off-piste. And it’s certainly a country mile from a sophomore slump. II bears the same restrained energy and cheek of TNGHT, yanked right up to date by a pair of plugged-in beatmakers.