Produced by Andy Miller (Mogwai, Songs: Ohia, Life Without Buildings) and with input from The Twilight Sad’s Andy MacFarlane, East Kilbridge singer-songwriter Michael Timmons released his second album, The Lightness of the Dread, a beautiful tribute to his late father, at the end of January via Gargleblast Records.

The final track on the album, Cardiac Arrest, is the next single due for release. Ahead of its arrival on Thursday 28 April, alongside a beautiful accompanying music video created by Italian filmmaker and animator Giulia Sanita, we shine a spotlight on Michael Timmons and find out more about the album, the new single and the music video, which you can watch exclusively in the above YouTube player (click here if it's not displaying correctly).

The Skinny: I think anyone who has lost someone close to them will find some form of release from listening to The Lightness of the Dread. Can you tell us a bit more about the inspiration behind the record?
Michael Timmons: The inspiration behind the new album is my experience of grief after my dad died. It’s on-going, I think about it and him every day in one way or another, some days it’s easy to think about and reflect on something happy and some days it’s really not. So the album explores that up and down, but holding onto those lighter moments. So despite the theme, there are a few lighter moments on there, maybe not light enough to start dancing to. I am so happy it’s connected with some people, and those that have gone through something similar and I’m so grateful to those that have shared this with me, I understand it’s maybe not an easy listen for some people the theme is close to.

What was the writing and recording process like? I imagine it must’ve been quite hard to work on, but get the feeling it was ultimately quite cathartic?
It just felt like the only thing I could write about. I always process stuff through music and songwriting – I found it easier to write about than talk about initially, so yes it was very cathartic. That’s also the kind of music I seek out, music that’s honest, raw and that connects with me, so I hope my music can do that, even if in the tiniest way possible.

As for recording, I recorded all the songs as a live performance, trying to get back to the place I was when I wrote it, so some were difficult and emotional to record. Andy Miller, who is an incredible producer, was great at recognising that and trying to capture a raw live performance, knowing when we should stop and come back to things later. Once we had all the live performances down it was then about building and adding to the songs. It was also amazing to work with Andy MacFarlane this time round. I have so much respect for him having made and produced so many amazing albums of his own. He gave a totally different perspective to some things, really interesting ideas and helped me take things to the next level. I think his influence is particularly felt on Mercury Sills. 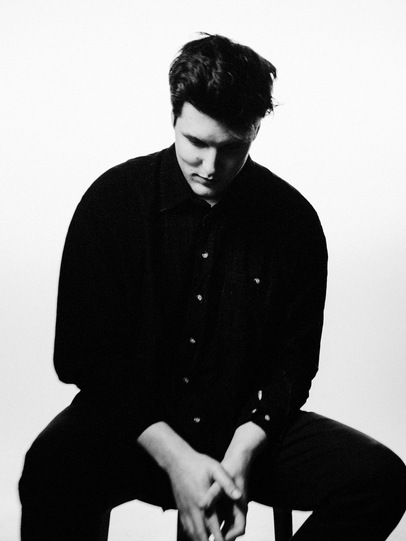 Cardiac Arrest, the final song on the record is the next single due for release – it’s a gorgeous song that manages to carry pain so beautifully. Can you tell us a bit more about this single in particular?
Thanks so much for saying that. Cardiac Arrest was my attempt at writing a love song, it obviously didn’t go well. It pulls on lots of personal things, and the journey of losing someone you love as it’s the people that are left behind who feel it the most, seeing and feeling that person you’ve lost in places and wherever you go. This song was the last one recorded, and only recorded in one take.

Accompanying the single is a music video from Italian filmmaker Giulia Sanita. Can you tell us a bit more about the video and how you ended up working with Giulia?
I ended up working with Giulia through a mutual appreciation of each other’s work. Giulia captures beautiful images, films and animation of people and places that communicate so much emotion and melancholy, so I was really excited when she said she’d like to make a video for one of my songs, it is a real privilege. It was made in Naples, Italy and it’s such a beautiful video using empty spaces and animation.

What's next for you and what does the rest of 2022 hold?
I’ll be releasing the vinyl of my album; due to the delays everyone is facing we're still waiting for this to arrive, but I’ve dropped ABBA a message to put in a good word for me. I’ll then be playing some little shows around the UK in summer which I’ll share details of soon and then later in the year I hope to share a few more songs that didn’t really fit on the album… They are still not ones to dance to.

Cardiac Arrest is released on 28 April; The Lightness of the Dread is out now via Gargleblast Records