Tell you what, we reckon these 'vegetables' might stick around. You can use them to make basically anything, and they just, like, grow in the ground. Just take them out of the ground and eat 'em. It's wild stuff.

With each passing year, it seems more redundant to have a 'vegetarian and vegan' category, just because so many great restaurants, cafes and bars have turned away from the ways of the animal. "The Scottish food scene is now at a point where you could go meat-free in almost any scenario," we said last year, "and you'd have a range of exciting and inventive options to choose from." This year's winners' list proves that is still true – especially if you live on the western end of the M8.

For a long time, Edinburgh was kinda lagging behind Glasgow when it came to veggie options. Yes, there were forerunners that had catered to vegetarian diets for a long time (and at this stage we should salute the extensive list of Asian diaspora restaurants that have been knocking out incredible veg-based food for years, long before it was the hip thing to do). Basically, people in the capital were always peering over their menus at Glasgow, envious of their lack of comforting, cool veggie options. Basically, they wanted somewhere trendy, and Harmonium (60 Henderson St, Edinburgh) is that place. The venue is a cool bar/restaurant with a laid-back vibe, and the menu pulls together influences from right across the map, but without making too big of a deal of the fact that it's all plant-based. Bread with chorizo and tomatoes, spicy roasted cauliflower, passionfruit-laced cheesecake; these are the kind of things we want popped in front of us at the end of a long day, and the fact that they're all veggie is a lovely bonus. 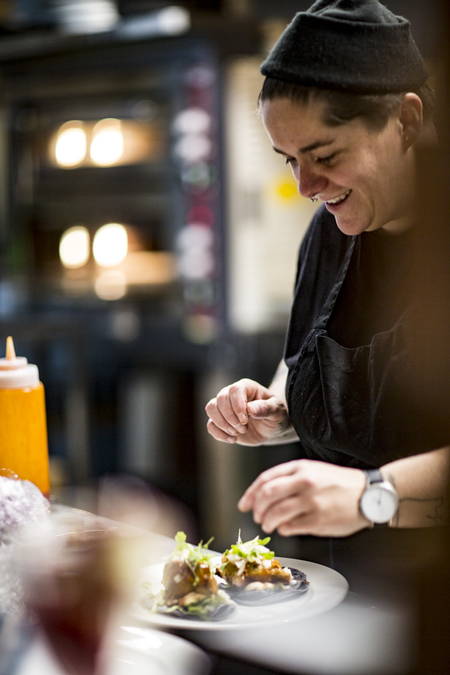 Harmonium was opened by one of the leading lights of Scotland's vegan cooking scene, VSO Henderson, and one of their next moves after that was to head back across the M8 to head things up at The 78 (10-14 Kelvinhaugh St, Glasgow). The Finnieston favourite operates on the same lines as its veg-friendly stablemates – cool vibe, unfussy but well-planned menus, all the comfort food you'd ever want but with none of the animals – but it's also got a few things that set it apart. In fact, in many ways, it represents both ends of the 'cool but party-loving' scale. There's the lovely armchairs and open fire at one end, and the regular DJ sets and one-off parties at the other. Either way, there's a jackfruit shawarma in there with your name on it.

Mono (12 Kings Ct, Glasgow) was one of the progenitors of the 'cool veggie' vibe in Glasgow, and its place as a hub of great plant-based food, good drinks, fun times and live music remains as important to the city's cultural life as ever. The words 'bar-slash-diner-meets-venue-plus-record-shop' are basically a full house on The Skinny bingo card, and throw in the veggie aspect of the whole thing and it's like they were aiming right at us. Equally, The Hug & Pint (171 Great Western Rd, Glasgow) out in the West End combines two of our favourite things – exciting Asian-inspired dishes loaded with nice ingredients upstairs, and really well-curated gigs in a cosy basement space downstairs. You like gigs, you like spicy food; put them together, and it's a recipe for greatness.

Sticking with the musical theme, In Bloom (48 Clarendon Pl, Glasgow) sounds like another venue generated from snippets of our Facebook posts and record collections. A Nirvana-inspired vegan cafe next to St Georges Cross? How have you come up with this? Yet the commitment is there for all to see; the teal shopfront, the nods to Cobain and co inside, and a fully vegan range of cafe classics both savoury and sweet to get stuck into. 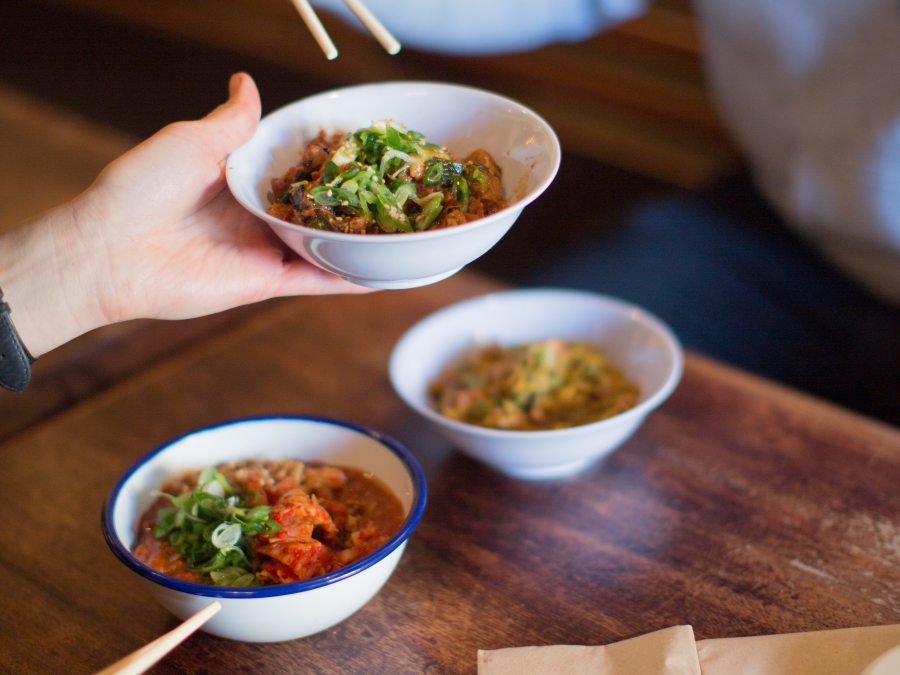 And yet Glasgow's veggie dining scene has added some new levels in the past year; things are getting more experimental, more presentational and more intriguing. MalaCarne (1036 Cathcart Rd, Glasgow) started out as a series of pop-up supper clubs and dining nights across the southside of Glasgow, before settling into its permanent home in Mount Florida. There's a real fervour about fans of MalaCarne – people don't just enjoy this place, they really enjoy it, and they want you to as well. Makes sense, as there's very little about the idea of really nice food from great local suppliers served up in a lovely setting that we aren't on board with.

Then there's Tomillo (8 Speirs Wharf, Glasgow). Their 'regular' main menu is impressive enough – it boasts an array of spectacular-sounding dishes from a vegan dan dan ramen to the absolute genius of a King Rib made of seitan – and it's drawn a legion of fans during their pop-up residency on Speirs Wharf. But it's their regular tasting menu nights that have our interest thoroughly piqued. The thing about a regular menu is it's quite a lot of choice, and frankly a bit too much responsibility for a hungry person. Either you start to overthink your decision and end up in a flap, or make a confident pick then complain about what someone else is eating.

A tasting menu allows you to get stuck into a number of different flavours and styles at a pace and tempo set by the kitchen, and if you're going to let them make the food you'd be as well trusting them about the other stuff as well. Particularly when there's talk of a vegan matcha mille-feuille on Tomillo's Japanese tasting menu, or the double-whammy of a bramble gazpacho followed by a vegan haggis and game wellington. Those two, by the way, were part of a four course meal that was £22 a head; try getting an equally delicious meaty dish for that amount of money and you'll be mooed out the door. Scotland's vegan and veggie chefs are confident, experimental and their food is fantastic – now we're all fully on board, let's see where these 'vegetables' can take us.