Your favourite pubs and bars are a mixture of cosy places to kick back with a pint, and bars that host the cutting edge of the country's beer scene

Let's go to 'the pub'; sounds straightforward, but there's more to it than that. If you ask five of your friends for their favourite pub, chances are you'll get five different answers, and that's basically what's happened with this year's vote for your top pubs and bars. To help you work out which of the winners is right for you, we've broken them down a bit to help you out.

We'll start with the cosy ones – if you like vintage armchairs and decorative lamps, these are the spots for you. In Glasgow, The 78 (10-14 Kelvinhaugh St) takes the vegan menu and musical cool of its stablemates at Mono, Stereo and Harmonium and transplants it to Finnieston. You'll find ace veggie-friendly food and good pints if you just want to hang out, and regular DJs and live music if you want to turn it up a notch. Stravaigin in the West End (28 Gibson St, Glasgow) also sits in this comfy bracket, with the added bonus of being able to summon some outlandish desserts to go with your pint (should you decide that a bag of crisps just won't cut it).

Over in Leith, the Roseleaf (23-24 Sandport Pl, Edinburgh) embrace a 'something for everyone' philosophy – nice beers, good cocktails, a bustling bar in the front and a quieter bit through the back, they've got it all. It's a similar deal in town at 99 Hanover Street, where you can turn up in the afternoon for a relaxing beer and catch-up, or rock up in the evening to find a DJ and loads of cocktails flying around the place. Or, alternatively, turn up early and watch the whole place morph around you. 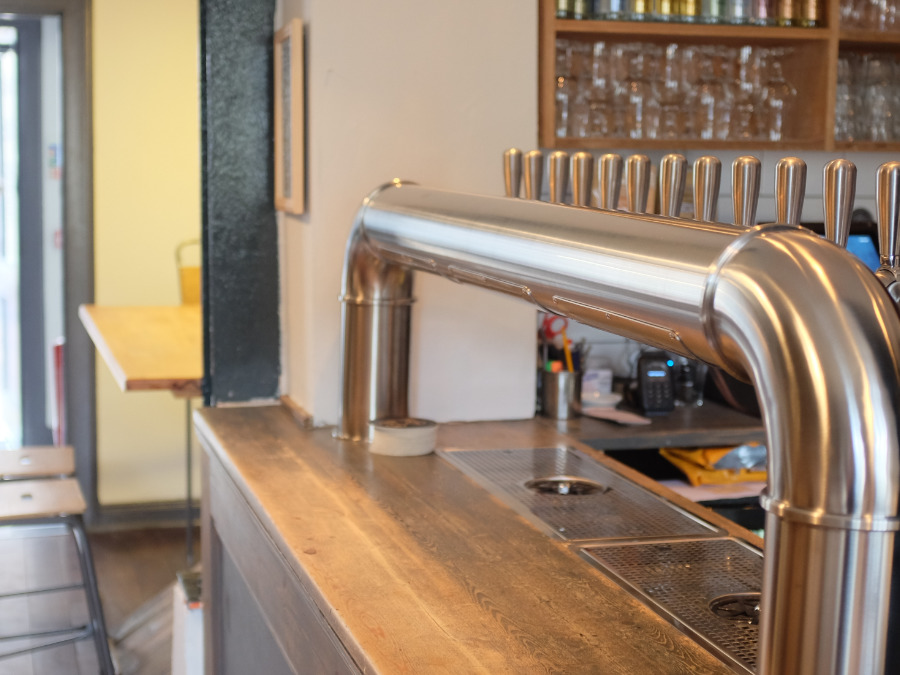 Then there are the two picks that are especially for beer lovers. Salt Horse on Blackfriars Street in Edinburgh and Koelschip Yard on Glasgow's Pollokshaws Road are the places to go if you want to be surprised, excited or provoked by a beer. Their taps are regularly taken over by brewery showcases, they're the kind of venues where you'll always find something unexpected on draught (whether it's a Key Lime Pie sour or a Black IPA that's about 13% and makes your ears feel like they're melting), and they're both staffed by people who live and breathe beer. Also, both of them have .beer website addresses, so you know they're for real.

And finally, there's Inn Deep (445 Great Western Rd, Glasgow), the West End favourite that combines a lot of the aforementioned selling points into one place. The involvement of Williams Brothers brewery lets you know they're serious about the drinks (and that you'll always be able to find a nice pint); the semi-subterranean layout gives the place a nice ambience; and the location down by the river means that sitting outside is either a quaint glimpse at European cafe culture or like trying to have a beer on top of a cliff. Oh, and it's right in the heart of the West End, so if you decide you fancy a totally different kind of pub, you're starting off in the right place...