The Paisley Food and Drink Festival returns this month; here’s a look at what’s in store 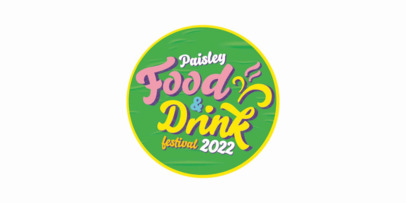 Ever since Saint Mirin rocked up in this corner of the Lowlands in the 7th century and decided to settle down for a bit, Paisley Abbey has been a site of meetings, greetings and camaraderie. Paisley may have some famous sons and daughters – from fashion designer Pam Hogg to shouty action man Gerard Butler – but the Abbey itself remains one of the town’s most recognisable residents.

Over the centuries it’s been burned down, rebuilt, and fallen in and out of favour, but after an extensive renovation project it’s now a spectacular sight to behold. While the building itself may be very very old, the Paisley Food and Drink Festival – taking place in the shadow of Paisley Abbey this month – is a chance to try something new with a collection of your fellow travellers (the 2019 edition of the Festival drew in 16,000 attendees). Or, to be a bit more accurate, the Paisley Food and Drink Festival is a chance to try a lot of new stuff.

Take the Festival’s extensive selection of street food as an example. There are more than 30 food traders lined up for 2022, including a host of stands, trucks and stalls from Glasgow street food market PLATFORM. Expect a huge range of street grub inspired by locations and traditions from around the world, all helpfully wrangled together in one place to allow you to bob between cuisines at a moment’s notice.

So that’s the food part of the title dealt with. As for drinks, there’s some good news and bad news. The bad news is that Paisley Town Hall – the traditional home of the town’s beer festival – is currently undergoing a major refurbishment. The good news is that the beer festival’s organisers at Renfrewshire CAMRA have found an ideal solution, in the form of a beer tent that will be parked up in front of the Abbey, right in the heart of town. They’ll be serving up great cask ales from the local area and beyond at Paisley Food and Drink Festival.

Entertainment comes in the form of live music programmed by a trio of venues over the course of Friday and Saturday. First up is The Rum Shack, the ever-popular bar and gig venue in Glasgow’s Southside, and they’re joined by Paisley rock bar and burger joint The Keg. Making up the trio is The Bungalow, Paisley’s independent, ethical, grassroots gig venue. Again, the lineup is TBC at this stage, but keep an eye on paisley.is or Paisley Food and Drink Festival's social media for details.

Taking place on the final weekend of April, this is the first ‘in-person’ outing for the Paisley Food and Drink Festival since 2019, and the first in a series of big events in Paisley this spring and summer. It’s just a ten-minute train ride from Glasgow Central, and if you get your timetables right, you can make it from the centre of Edinburgh to Paisley in under 90 minutes.

The Paisley Food and Drink Festival promises a weekend of extremely edible fun as well as acting as a jumping-off point to discover more of what makes Paisley great.