So, you want to live in New York? An ex-pat’s guide to finding your feet in the Big Apple.

Don’t believe the hype. New York is not the city of dreams. You probably visited for a week and fell in love with Manhattan’s skyscrapers and Central Park and the rush and the jolt and the fire of this city’s fast-paced lifestyle. You loved the view of Manhattan at night from across the water in Brooklyn Heights or Williamsburg, and you loved walking across the Brooklyn Bridge in the summer. You loved being dazzled by the hideous neon glare of Times Square before you realised there were a million other better places to be. You loved the grittiness of the Lower East Side, the magnificent splendour of the Upper West Side and the still-cool bohemia of Greenwich Village and Washington Square Park, not to mention the views from the top of the Rockefeller Center and the Empire State building and that trip to see the Statue Of Liberty.

And rightly so. That’s just a fraction of what turns New York City into New York Fuckin’ City – the place so great they named it twice. That’s what I thought, too, on the numerous trips I’d made here before I moved here. And all of that stuff stays the same once you get here – and that first summer (because they have summer here) I was walking around in a blissed-out daze, elated at the fact these streets were my home, that I lived here. And then at some point, reality set in. Don’t get me wrong – New York is amazing and it’s still my favourite city in the world (well, tied with Copenhagen and, um, Norwich), but living here is very, very, very different to visiting here. Here are some things you’ll probably need to know if you’re considering it.

Gone, sadly, are the days when there were two dollars to the pound. Which means that when you’re actually living here, things cost a lot and your cash runs out quickly. Also, unless you have a bank account with Chase – an evil, American banking conglomerate who seem to have a branch on every second corner of every street – you’ll get charged not once, but twice (by your bank and the bank who own the cash machine you used). Thankfully, the majority of places in Manhattan take cards, but there’s still a bunch of shops and bars – and more in Brooklyn – that don’t, so getting caught short can be both inconvenient and expensive. 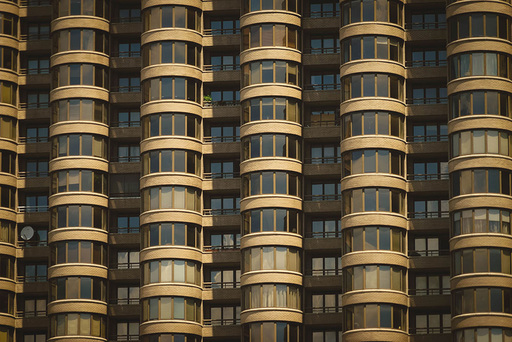 Finding a place to live is a pain

Unlike anywhere else in America, when it comes to renting a place, New York is a nightmare. Firstly – it’s expensive. Usually, you have to put down a security deposit alongside your first and last month’s rent. If you go through a broker, you’ll probably have to pay them around nine or ten per cent of your annual rent up front. They say that you need to be earning four times your rent before you get an easier pass on reserving the apartment of your dreams, so if you’re just moving here and your company – if, indeed, you work for a company – hasn’t sorted out a place for you in advance, you may well struggle to get a place through a realtor unless you have a guarantor.

The Skinny on New York:

It’s an old cliché, but even in the metropolitan melting pot that is New York, a British accent is thing of wonder and curiosity. It can – and will – get you places, whether that’s new friends, a random place to sleep for the night (ahem), or an advantage in the workplace/when it comes to interviews. It won’t happen as often as it will in other parts of the States, but be ready to use it when it does. 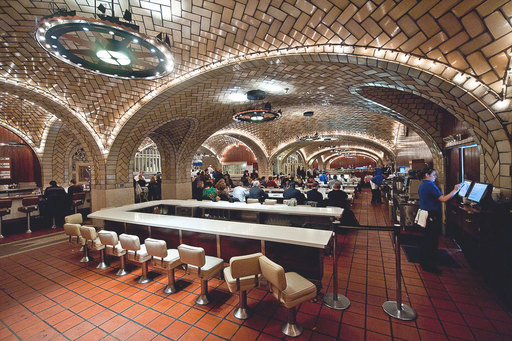 You’ll never run out of places to drink, and even as the city slowly succumbs to the inevitable homogenised gentrification that money brings – and there’s a lot of money in New York – there will always be happy hours here. Some just offer you a dollar or two off certain drinks, but the best ones (Hello, The Library in the Lower East Side! Hey Duck Duck in Bushwick!) offer 2 for 1 deals that you really can’t beat. And because New York is more expensive than any other city in the country, drinks are more expensive than any other city in the country, so those happy hours (and many of them do last hours!) are a wonderful, wonderful thing. Beers and a shot deals are a big thing, too, but go easy – they gets you very wasted very quickly. It’s not just for booze, though. Oyster happy hours are a massive thing in NYC and people all across the land will be shovelling those muscly mollusks into their mouths for a buck a pop for that special couple of hours. 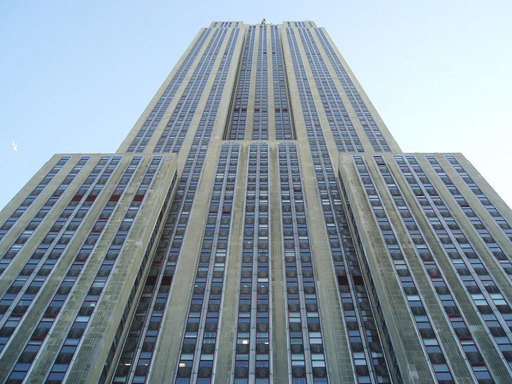 As I said earlier, New York is changing rapidly as more developers put more money into it to make more money. Williamsburg – Brooklyn’s ‘coolest’ neighbourhood – is now full of Manhattan types who previously wouldn’t have dared set foot in this old warehouse/bohemian area, but who are now buying up million-plus dollar apartments that overlook the Manhattan skyline. Because of this, it’s now actually cheaper to live in some parts of Manhattan than it is here. Which means that the culture is being eroded and moving further out, replaced by 'hip,' 'cool' and 'trendy' spots like the Wythe Hotel. People will tell you to go to the Wythe Hotel bar to check out the view of Manhattan, but fuck that shit. It sucks. They play terrible music, it’s full of terrible people and it has a terrible atmosphere. Admittedly, I’m a dive bar kind of guy, but you can still find good places that aren’t overpopulated by douchebags. You’ve just got to look a little harder these days.

However lucky you think you are, make sure you have health insurance. There are many millions of people in this city and anything can happen at any time. The way the healthcare system is set up in America at the moment – even with Obamacare – you don’t want to leave anything to chance. Drivers are crazy in NY and one slight slip up might cost you an arm and a leg – figuratively as well as literally.

More from The Skinny's ex-pat guides:

A guide to living in Madrid, from churros to la crisis

So you want to live in Berlin? Learn table tennis!

Know where you’re going on the subway

Not because it’s dangerous. New York is actually incredibly safe. And the subway runs all night and is air-conditioned, which is absolutely essential in the summertime. But while the information that’s available to travellers is getting better, it still leaves a lot to be desired – maps are few and far between and a list of which stops your line takes you to also hard to spot. Thankfully, there are about a thousand apps, endorsed by the MTA (New York’s travel authority) for your phone which will tell you everything you need to know about where you need to go and how. 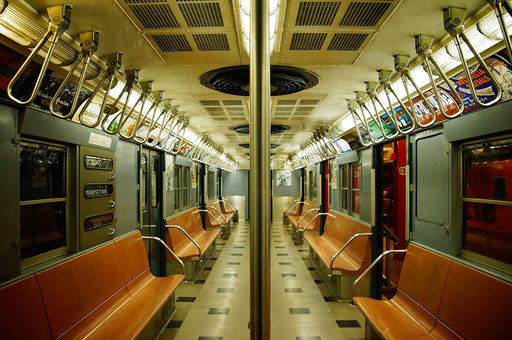 New Yorkers love to brunch. Which means eating a lot of food and drinking a lot of alcohol much earlier than you probably should be. Look out for all-inclusive deals that get you unlimited Bloody Marys or mimosas, but make sure you don’t have anything important to do for the rest of the afternoon. It won’t get done.

Grocery shopping is a nightmare

New York is too small geographically to have the kind of really large supermarkets that most other cities and towns have. What ends up happening is that everything you want or need brand-wise will be split between two or three different stores. The store down the road to your let sells the only kind of cat food your cat will eat, but eggs are $3 more there than the place down the street to your right, and the bacon is a rip-off. There is a Whole Food in Gowanus, Brooklyn, which is awesome, but a bit of a pain to get to and from without a car unless you live nearby. And there are a few Trader Joe’s scattered about the city, but eight times out of ten you’ll end up queuing to pay as soon as you step through and you’ll have to pick out the items on your shopping list as you shuffle slowly in a very crowded place towards the checkout. You think I’m joking, but I’m not. I’ve had to leave before because of that. I just couldn’t take it.

New York, unlike Britain, actually gets seasons. But it really gets them. Summer is hot and humid and you’ll be hard pressed to get by without an air conditioner. It’s doable – I didn’t have one for my first two summers – but it’s much more comfortable when you have one. Conversely, it gets really fucking cold in the winter. Make sure you have a big coat. And a hat. And a scarf. And gloves. Admittedly, thanks to climate change, this year has been rather mild, but the two winters before that were the coldest and longest I’ve ever experienced. Don’t let it defeat you.