A guide to living in Hong Kong

Colossal buildings, zero personal space and hot as hell: why do so many people move to Hong Kong? We report on its many virtues

Hong Kong is a strange place: a city caught between the east and west, which is instantly recognisable, but in some ways unsure of its own identity. Before coming here, Hong Kong was described to me as a cross between New York and Tokyo. I was excited, but alas, this is almost entirely wrong. Hong Kong is different to anywhere else in the world. It’s tall and it’s safe and it’s busy and it’s easy and it’s bloody expensive. The phrase 'organised chaos' may well have been invented for the place. Here are a few pointers for those thinking of living there.

Hong Kong is governed under the 'one country two systems' policy, which the UK government insisted upon when they handed the former colony back to China in 1997. It means Hong Kong has rule of law, its own tax system and supposedly, democratic elections (more on that later). The British seized it as part of the treaty that ended the First Opium War and essentially turned it into a freewheeling capitalist outpost on the arse of quasi-Communist China, with low taxes and high earners.

For this reason, you get a lot of people being seconded here by big banks or companies for a year or two. For all the good folk that brings to the society (and there are plenty), it also creates a world within a world: one where you can go a full day without hearing any Cantonese, without tasting local food, or without leaving the escalators and air conditioned tunnels that connect classic western hangout spots like Soho and Mid-Levels with huge office blocks by the shores of Hong Kong Island.

The expat bubble is a fate that befalls many. Some spend their stretch here without making any effort to explore more 'local' areas in Kowloon or the New Territories, fully absorbed in their own home away from home, whiling the weekends away in the Magaluf-aping Lan Kwai Fong or the local answer to a red light district, Lockhart Road. Each to their own, but tread carefully lest you get caught in the vortex. 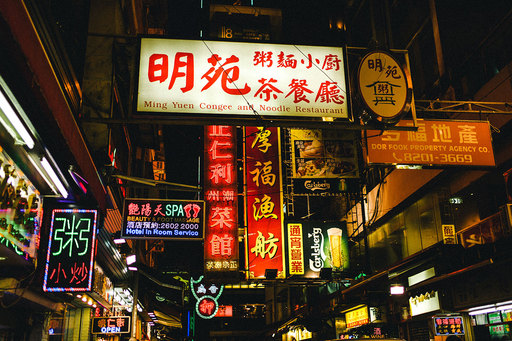 Venture out of Central

There are few sights more spectacular than the Hong Kong skyline. It is the world’s most vertical city, with 314 skyscrapers (New York is way back in second with 240) and it takes a few days to get over the whiplash-inducing sky-scanning that comes with a stroll around the place. But there’s more to Hong Kong than buildings. Only 25% of land is built upon (that’s why they build them so high), with the rest spread over more than 250 islands, hundreds of mountains and a lifetime of places to explore.

Within an hour, you can be on one of dozens of sandy white beaches. Most are inhabited, so ferries travel regularly from Hong Kong Island or Kowloon (the bit that’s attached to China) to the likes of Cheung Chau, Lamma or Lantou. As with large parts of Asia, hiking is huge here, when the humidity is bearable. Locals tend to venture out in head-to-tow hiking garb, although there’s luckily no obligation to follow suit.

Over on the backside of Hong Kong Island, you can hire a kayak at Stanley beach for about HK$40 (around £4) for two hours and paddle around the bay, over to other islands, or just bob about taking in the merciful sea breeze. There is cave-jumping to be done at Sai Kung, about an hour and a half from Central, and dozens of tiny fishing villages dotted round the vast coast for those who want to get away from the grind.

You know something is not right when you remark on the value to be had in a London pub (as I did on a trip back last summer). While there are ways to live within a reasonable budget, Hong Kong is, for the most part, ridiculously expensive. You would do well to score a pint for less than six quid in most places, while any craving for western food is likely to be rewarded with an eye-watering bill.

Save money by hitting up happy 'hours' – which usually last most of the afternoon, while ladies drink for free on Wednesdays in Wan Chai and Thursdays on LKF. The further out you go, the cheaper it gets, while the 7-11 is the model of budget-boozing consistency.

Food-wise, eating local is always going to be better value: a local char siu joint will serve you a plate of barbecued pork and a bowl of rice for under a fiver, while you can get a hefty serving of Michelin-starred dim sum for a few quid more.

Transport is the outlier: travel is cheap in Hong Kong. Taxis cost a fraction of the price in the UK, while the MTR (the metro system) is clean, air-conditioned and about 50p a journey. The tram and ferries cost less still.

Seoul: Here for a year? Pack for everything

There are 17,000 people on every square mile in Hong Kong – only Singapore, Macau and Monaco manage to pack more in. It means space is at a premium and most apartments are tiny and extortionately priced. Again, the further away from Central you live, the cheaper it is, but unless you’re out on one of the other islands, you’re still likely to end up in a shoebox.

For a room in a shared apartment, you’re looking at HK$8,000 (about £700) a month, at the very minimum. Those who want their own place will pay at least twice that. Yes, people earn more to reflect the price of housing, but it is heart-breaking to see such a huge slice of your paycheque go on a jazzed-up broom cupboard that will be caked with mould within a few months.

This is a city of convenience and people prefer not to exert undue effort. Naturally then, relative bargains are to be had in buildings without elevators. And with the locals being a superstitious bunch, you’ll get yourself a steal if you find an apartment that someone has died in…

Nobody really knows what this place is

'Is it China?' is a common question you’ll be faced with. Technically no. But technically yes, too. Kind of. It’s complicated. Hong Kong is a special administrative region of China which means, as mentioned, that it has its own set of laws, based on the British system. This is due to expire in 2047, at which point there’s a fair chance that China – whatever that looks like 30 years down the line – will absorb Hong Kong into the Mainland.

This is why you may have seen lots of people in Hong Kong protesting on the TV. Pro-democracy campaigners are outraged at Beijing’s decision to parachute in pre-vetted candidates for next year’s CEO elections (yes, the leader of Hong Kong really is called the CEO). The Umbrella Movement – christened thus because of the plethora of groups it enveloped and immortalised by the simple yellow umbrella – brought more than a million Hong Kongers to the streets in 2014, while a series of smaller protests have brought things to a standstill since.

Commonly, the protesters object to China propagandising the education system or TV networks. Many fear that in 30 years, the rights enjoyed here will evaporate and that Hong Kong will be ruled as autocratically as the rest of China.

On the other hand, there are more than 7 million people here: so what of the rest? Do they want to be part of China? Many do: usually older, more traditionally-minded people. This is why pro-Beijing parties hold the balance of power in the local parliament. Many Asian millennials, like their western counterparts, have an aversion to turning out on election day. 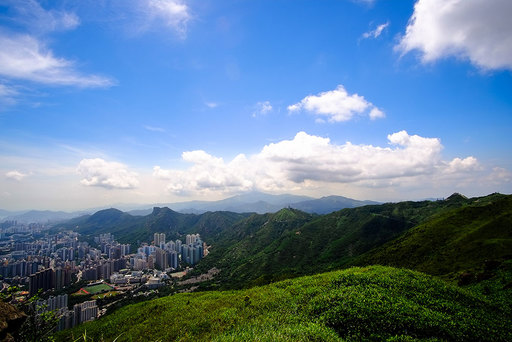 There is plenty of work

The western population here is huge, with many working as teachers or in finance. I resent the term ‘expat’, since the Southeast Asian community in Hong Kong, many of whom work as cleaners or nannies, are treated with appalling disdain. We are all immigrants.

If that’s not your bag and you’ve got a British passport, you can come to Hong Kong on a six-month tourist visa and scope out the opportunities. Plenty of people come here without work and find something pretty quickly (although it’s obviously not permitted to work until you’ve got your visa changed).

Cantonese is the official language here, but few foreigners speak it. Most locals will have decent English and that’s the language of business here. The Chinese economic slowdown has had an impact on Hong Kong (rents are supposed to come down, which is one silver lining) but the place is still bustling. They say Hong Kong is recession-proof. Let’s wait and see, eh.

Get ready to sweat

Hong Kong has two seasons: humid and humid as fuck. Between March and October, it’s impossible to cross the street without breaking into a sweat so be smart – the sight of a white guy caked in sweat, bitching about the spotless locals walking so slowly is not an uncommon one.

The best thing to do when you’ve got some downtime is to head to the sea. Throughout spring, summer and autumn, the water is full of junk boats, which you can spend the day on for about £60 with all your food and drink included.

And while it’s tempting to leave your aircon on round the clock to beat the heat, your sinuses are unlikely to appreciate it. Sinusitis is the scourge of Hong Kong’s newbies: the combination of dry air inside, pumped by unclean air conditioning filters and 100% humid air, laced with pollution that’s blown over the border from Chinese factories, wreaks havoc on the schnozz.

So Hong Kong is certainly not perfect, but it has bundles of charm. It’s a great place to live, as long as you’re willing to scratch beneath the surface.