The Skinny's Favourite Daytrips from Glasgow

Once you’ve explored the centre, venture outside Glasgow's city limits and you'll find the islands, castles and cities of Scotland within easy reach

Daytrips from Glasgow are not just a fun way for tourists to pass the time, but a notable feature of Glasgow’s past, from trips doon the watter for the Glasgow Fair weekend, to jollies all the way down to Portpatrick and the beaches of Ayrshire. For those lucky enough to be travelling with a car, the west coast is truly your oyster – head for the hills to visit Loch Lomond (of song fame) and the Trossachs National Park. On Loch Katrine you can enjoy a winter wonderland cruise, one of a select few of the west coast’s scenic ferry rides that is available during the winter months.

If you’re confined to public transport on the other hand then never fear – many of the jewels of the Clyde can be reached by train without difficulty. Dumbarton Castle sits on the North bank of the Clyde estuary, nestled in the dramatic volcanic basalt of Dumbarton Rock, or travel further up the coast to visit Helensburgh and the Charles Rennie MackIntosh-designed Hill House mansion. On the other side of the river you can admire Helensburgh and the adjacent Clyde Sea Lochs from afar – get food on Kempock Street in Gourock and revel in the beauty of the seaside. 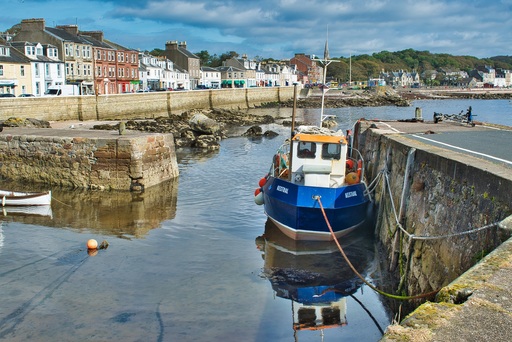 The intrepid explorer wearing sufficient under-layers should consider catching a ferry out to one of the Clyde Isles. From Largs you can head out to Cumbrae, which you may hear called Millport after the island’s sole town. Hiring bikes (for one, two, or seven passengers) is a Millport rite of passage, but The Skinny cannot vouch for its enjoyability during the winter months. Bute (accessible via Wemyss Bay) plays host to Mount Stuart, a striking neo-gothic mansion built in the late 19th century, while you can catch the ferry to Arran from Ardrossan to enjoy the island that some call “Scotland in miniature”.

There’s plenty to do in Ayrshire besides gawk at the island of Ailsa Craig and fantasise that it’s a giant Tunnock’s Tea Cake. You’re spoilt for choice for museums dedicated to Scotland’s Bard – in Alloway alone you can find the Robert Burns Birthplace Museum, Burns Cottage and Burns Monument. Culzean Castle is closed now for winter, but a walk around the grounds will prove even more breathtaking than anything that can be found inside. If you’re desperate to see the beautiful interiors and furnishings of a stately home, however, Dumfries House near Cumnock can certainly scratch that itch. 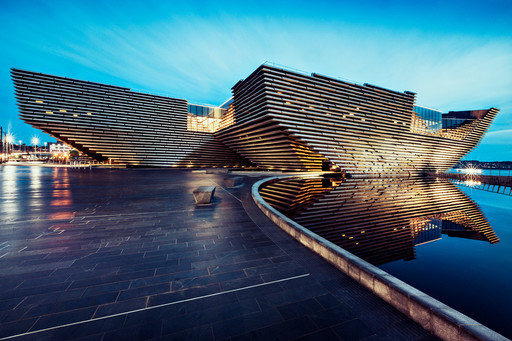 In the centre of Scotland lies Stirling, one of Scotland’s ancient capitals. Stirling is just a half-hour train journey from Glasgow, and is built around what we will, perhaps controversially, name ‘Scotland’s Best Castle’. Take the tour, and be invited to sit on a reconstruction of the King’s throne, or stand on the battlements and look out over miles of historic battlefields as the wind whips through your hair and you pretend to be in an episode of Outlander.

Scotland’s modern-day capital, Edinburgh, is within easy striking distance of Glasgow – a mere 50 minutes by train from Queen Street Station. It’s full of historic hills and mounds to climb, and beautiful views to reward you when you do, although we would not recommend attempting Arthur’s Seat if it’s icy out. Investigate the galleries and museums scattered across the centre, or mosey into the various and distinct neighbourhoods to shop and appreciate the architecture (Dean Village is relatively central, and generally less saturated with tourists than spots like the castle). For a more in-depth guide around the capital, check out The Skinny Guide to Edinburgh on issuu.com/theskinny or here on the website.

If you’re willing to travel just a little further (an hour and a half on the train), and would like to investigate one of Scotland’s smaller cities, head for Dundee. Upon walking out of the station you’ll immediately be struck by Scotland’s first design museum – the V&A Dundee sits centrally among such other features of the city’s waterfront as the RRS Discovery, Jannettas Gelateria and the freshly installed Tay Whale sculpture. For a proper expedition into the city, you can grab some fish and chips and head for the top of the Law (fish and chips optional), or head down the Perth Road stopping at every pub, shop and gallery along the way.