Torn between a city break in Budapest and a backpacking adventure around Northern India? Why not get the best of both worlds by visiting a country where Europe meets Asia – Georgia

In an era where the West feels almost as turbulent as the East, there seems little reason to restrict your holiday destination shortlist to those familiar hotspots we all know and love. Once upon a time, you may have ruled out Eurasia to avoid the USSR, or indeed the unrest that continued in the newly-formed countries. But in many parts of Georgia – which sits between Turkey, Russia, Armenia and Azerbaijan – this feels like a distant memory. Why, we hear you ask? You’re about to find out.

It hasn’t been tainted by mass tourism (yet)
Aside from taxis driving up beside you every now and again to offer a lift, there’s very little hassle. You’re given space to explore at your own pace. The people are genuinely friendly, thrilled that out of all the places in the world you could have chosen to go on holiday, you selected their home. 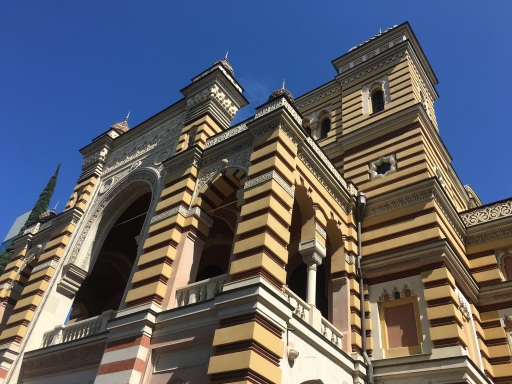 It's very affordable
If you do your research, you can fly for much cheaper than you may think. Wizz Air offers direct flights from London Luton to Kutaisi (Georgia's second city) for less than £100 return. Yes, going via London is annoying, and yes, it always becomes more expensive when you factor in train fares, airport transfers and extravagant picnics to keep you entertained, but you can always make an event of it. Once you land, transport, food and accommodation are all pleasantly inexpensive. You can stay in a swanky hotel for the same price as a hostel bed in London, so depending on how you like to travel, you could really treat yourself! 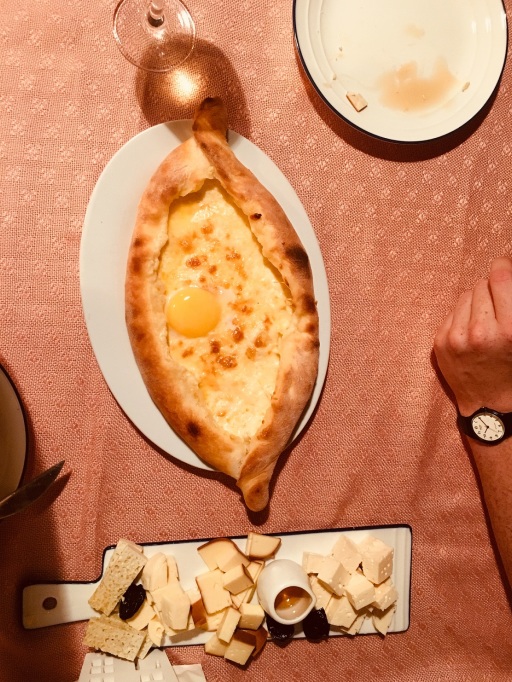 The food and drink is delicious
If you love bread, cheese and butter, you’ll be in your element. Khachapuri is Georgia’s answer to pizza – it’s messy and filling and downright delicious. From street vendors to luxurious restaurants, you’ll find it everywhere you go. There are variations originating from different regions of the country, but you can’t go without trying the Adjarian khachapuri, which is in the shape of a boat and holds a puddle of melted cheese, butter and a raw egg on top. It’s not all so outrageous though, with walnuts, aubergine, dumplings and bean stews also being staples. Georgia is also one of the oldest wine regions in the world, and they’re good at it too. If you like the idea of a wine tasting trip without breaking the bank, take a look at what's on offer from Tbilisi.

It feels safe
No one seems interested in your possessions and even on the overcrowded metros in Tbilisi, fear of being robbed isn’t necessary. There's no need to hide money in your sweaty sock and strap passports to your chest, but be sensible with your belongings like you would be everywhere else. Men sometimes stare, but not enough to make it noteworthy. The only thing to watch out for is reckless driving. Georgian rules on overtaking, especially while going around bends at 80mph, seem wildly different from Britain’s highway code. 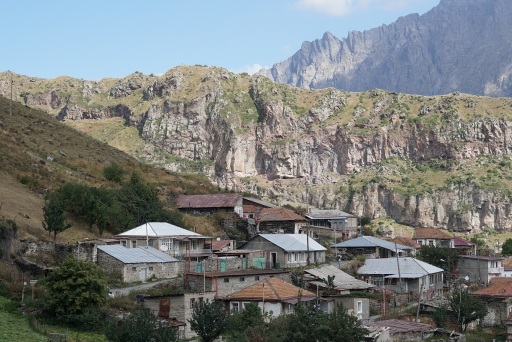 There's plenty of adventuring to do
The Caucasus Mountains stretch from the Black Sea to the Caspian Sea – which, fun fact, is actually a lake – across the northern half of Georgia. The most well-known jumping point into the mountain range is Stepantsminda (formerly known as Kazbegi). The picturesque town is situated in a valley more than 5,000 feet above sea level. The altitude isn’t the only thing that will take your breath away; the snow-covered peak of Mount Kazbek is otherworldly and the hilltop Tsminda Sameba Church, towering over the town, makes the view that bit more special. The area offers varying lengths of hiking opportunities and mountain biking is readily available too.

If you’re not after a limit-pushing adventure while on holiday but fancy spending time in nature, there are multiple national parks across Georgia. Mtirala National Park is a stone's throw from the Black Sea resort of Batumi. As you drive into the park, the trees become bigger, the road becomes narrower and the huts selling honey become fewer and far between. 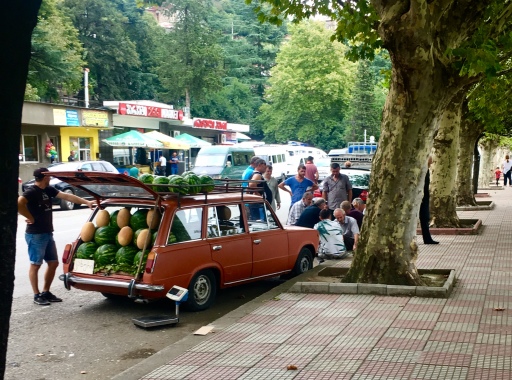 It's unpredictable
The North of Georgia feels less European and more in line with somewhere like the Himalayan regions of India in terms of the buildings, level of development and landscape, while areas of Tbilisi ooze high fashion with ultra modern shops, galleries and young professionals. There are moments where the two collide, presenting some unexpected delights. In a beautiful rooftop cafe that overlooks the city, for example, the toilet might be a hole in the ground or you could be in a relatively urban area when you spot a woman herding cattle across the road.