Get Lost: The rise of solo female and non-binary hikers

Whether it's to build skills, get some headspace, or just because they want to, the number of female and non-binary hikers going solo on Scotland's hills is on the rise

If you go down in the woods today, you’re sure of a big surprise… of seeing more women climbing mountains by themselves than you might have expected. Solo hiking is hardly a new concept, but the idea of solo female and non-binary hikers and campers is still somewhat surprising. Despite societal discouragement of women being alone in public spaces, more and more women, particularly young women, have been setting off on their own into the wild for a host of reasons: to build skills and confidence, to get some headspace, to train, to deal with their baggage, and, most importantly, because they want to.

“It’s such an adventure and it feels rebellious, but it’s also such a wholesome thing to do,” laughs Freyja Hedinsson, who started solo wild camping when she was a teenager in Devon. “The adventure is about your autonomy and agency, and nobody gets to own it. You can brag about it, blog about it, photograph it, but the only person who gets to experience it is you. It’s complete and utter independence.”

For Blue Kirkhope, solo hiking began almost as a happy accident. “My family moved up to Perthshire in 2014 and that was in the middle of the hills,” she explains. “I’ve always glanced towards landscapes but never thought about walking into them until that point when I started plodding around.” Her first long-distance trail was the West Highland Way in 2015 and since then she’s upped her game, walking a new, slightly longer trail every year.

Price cost can be a major barrier to hiking and camping but it’s not essential to splurge on £200 hiking boots on your first trip. Kirkhope emphasises that in many ways she’s “still kind of winging it,” building up her skills with each journey. “One of my first mountains I climbed was in my Doc Martens. You don’t need fancy gear. There comes a point where, if something becomes long-term, you can justify spending a lot more – but generally you can stick on a pair of leggings and a half decent waterproof and you’re good to go.”

Hedinsson argues that there’s a romanticised ideal of wild camping that can be off-putting to beginners. “There are these influencer personalities of the outdoors world who, to make themselves a brand, have to oversell the adventure and it can be quite intimidating,” she says. “But there are so many ways to do adventure and I think that’s the point. Whatever it means to you, just live your adventure how you want to and don’t try to fit into a box.” 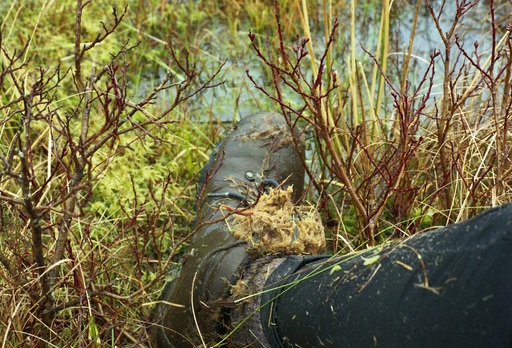 The need for different interpretations of adventure is the reason writer Clare Archibald began her project Lone Women in Flashes of Wilderness. “I started it as a reaction against frameworks and as an exploration and record of the nuances of women’s experiences,” she explains. “I’ve always liked being outside but I’ve never really felt like there was a specific definition of the outdoors that fitted me.” In 2012, she found herself on maternity leave without a baby in her home in Fife. “Suddenly I had the privilege of a lot of time to be outside, and I was spending more time outdoors in my local area. It struck me that these little pockets of being outside are just as important and meaningful as going up mountains."

As Archibald began spending more and more time by herself exploring pockets of what she felt at times to be wilderness around her home, she found herself confronting things about herself in these spaces. “Even going up a hill on my own, I realised that it carried quite a lot of fears with me, not necessarily even rational fears,” she explains. “I would be shit-scared of things [in the woods] – not necessarily of people but sometimes just noises.” Lone Women began as a writing/performance project for Sanctuary Lab, the visual arts festival at the Dark Skies Park in Dumfries and Galloway, where Archibald wrote different pieces to be read at different stages of darkness and aloneness, going further into the woods. The project has been expanded with women across the world responding to their interpretations of aloneness, darkness and wilderness, from sleeping in a garden to being alone in mountains to going to a gig on their own.

Shanna Alderliesten, who moved to Newcastle from the Netherlands a few years ago, started staying in campsites over long bank holiday weekends for her own grand adventures. “I’m not the kind of person who backpacks with a tiny tent and hikes up mountains,” she laughs. “I’m very much a summer and organised campsite camper.” While Alderliesten isn’t wild camping (yet), being in a space, removed from her daily life, allows her, like Archibald, Hedinsson and Kirkhope to spend time with her own company in a deep and happy solitude. “I love the peace and quiet of it. There’s a difference between having a hotel versus just relying on yourself. I get to unplug and get to reconnect with myself in a different way.”

Terri Finucane, a hiker based in Edinburgh, agrees that adventuring in the wilderness’s greatest appeal is the solitude. “At the risk of sounding awfully cliché, I've learned how to tune into myself,” she says, “In groups I'm far from the dominating character, so when it's just me I get the opportunity to take responsibility for all my decisions. Everybody always goes on about knowing your limits, but for me it's been much more important to accept that my limits are in constant flux. How you deal with a situation when you're alone in the great outdoors isn't the same from one day to the next, and that's okay.”

While female and non-binary hikers are undoubtedly walking Scotland’s trails, the outdoors can still feel male-dominated. “I see women out there but the majority I cross paths with are men and I do feel undermined by them,” says Kirkhope. “I did the Affric Kintail Way from Drumnadrochit to the west coast, and was staying in a hostel where I was the only woman, and the only person my age, in the hostel. All the men congregated and talked about their successes and summits and got their maps out and I was like, ‘Guys, I just walked 25 miles today and wild camped last night!’”

“The old boys network is still very strong,” agrees Hedinsson, “but I also think that’s changing. There is a space being carved out by women. The person who’s done the most Munro rounds in Scotland is a woman, and a woman just beat the record for running the Pennine Way (while breast feeding). Also, women have been doing this for years, they’re just not speaking about it openly because they’re doing it for themselves.”

Recently, more community-based groups have popped up with the aim of making wilderness more accessible. Archibald has expanded the Lone Women project to encourage and give space to women engaging with the outdoors. “The first event we did was a bivvy bag demonstration,” she explains. “I would really like to sleep outside on my own but I don’t really know how to do it, so a woman came and talked everyone through the set up. It’s just about sharing information, and finding opportunities to build confidence in women.”

For a similar reason, Kirkhope started Get Lost Walking Club in Glasgow earlier this year, which aims to help beginners and novices take their first steps. “Hopefully I can champion and show people how to get out there,” she says. “I want it to open doors for people who have never done it before as a safe space for people to be supportive. I think Glasgow’s been lacking in a club that was accessible for young women as well. It’s not gender-specific but the people who have come forward about it have been mostly young women which is amazing.”

When asked for tips for people wanting to begin camping, all the adventurers agree to start small – sleep in your back garden for a few nights and practise pitching your tent – and to find local groups and communities with whom you can build up experience and skills. And most importantly, enjoy it and own it. As Archibald sums up: “A woman on her own in wilderness is still a political thing. Women have a right to be in public spaces and move through public spaces without barriers.”