Needing some inspiration on how to get out into the Scottish wilds and challenge yourself? Here’s a small selection of the weird and wonderful places you can go to test your mettle / learn a new skill / push yourself to the edge of endurance and beyond

UCI Mountain Bike World Cup, Fort William
‘IT’S TIME TO GET ELE-MENTAL’ screams the promo for this year’s Fort William World Cup. Taking place over 1-2 June, this is Scotland’s premier location for downhill riders to surrender to the ‘UNASSAILABLE LAW OF NATURE’ and hurl themselves down the mountainside in a competitive manner. Competition is strictly for the experienced and skilled, although the weekend offers many opportunities for spectating these ‘GRAVITY-POWERED RIDERS’ and maybe even some bike-adjacent drinking.
fortwilliamworldcup.co.uk

Edinburgh Festival of Cycling
From 6-16 June, the Edinburgh Festival of Cycling (or EdFOC to its friends) celebrate all aspects of cycling in and around the city including travel, leisure, adventure, transport, sport and personal development. EdFOC is not just about the sport of cycling – it also foregrounds its role in social inclusion and health as well as its positive environmental impact.
edfoc.org.uk

Pedal for Scotland
This annual event is such a classic they’ve called it The Classic Challenge. On Sunday 8 September you can take part in a 45 mile cycle from Glasgow to Edinburgh on a closed road route. Open to all ages and abilities, entry is £31. You don’t even have to own any lycra to take part.
cycling.scot/pedal-for-scotland 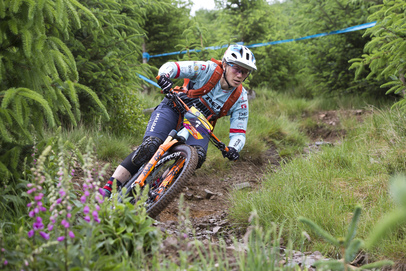 Walks and Runs (and axe-throwing) in Scotland

Great Glen Challenge
Raising money for Parkinson’s UK, the Great Glen Challenge is a 14, 21 or 32 mile walk through some of Scotland’s most spectacular landscape, taking place on 29 June from Inverness.
parkinsons.org.uk/events/great-glen-challenge

Ultra Tour of Edinburgh
The good people of Rat Race return with a new event on 20 October. The Ultra Tour of Edinburgh is a 57 km run starting with a dawn charge down the Royal Mile, followed by a long jog through streets, alleyways, up hills, down crags (presumably The Crags), exploring the wealth of urban and natural history the capital has to offer. With a cumulative ascent of 3000 feet (that’s around a Munro of ascent, mountain fans) this tour is not for the faint hearted.
ultratourofedinburgh.co.uk

STARMAN Night Triathlon
Think you’re too hard for a normal triathlon? What about if the triathlon was in one of Europe’s great wildernesses? In the dark? STARMAN Night Triathlon takes place in the Cairngorms National Park on 17 and 18 August and promises ‘sleepless, tough, intimidating and wild’ times ‘under the stars’ (stars cannot be guaranteed cos Scotland). Sounds like LOLs.
starmannighttri.com

Scottish Axe Throwing Open
Finally, a chance to test your axe throwing skills against other similarly talented axe throwers! This year’s Braveheart Axe Throwing Open takes place in Scone Palace on 5 May and includes the ominously titled ‘Have a Go!’ heats. There’s also the chance to view / participate in the Scottish Knight League. Who knew that was a thing? Tickets £7.50
scone-palace.co.uk/whats-on/scottish-axe-throwing-open 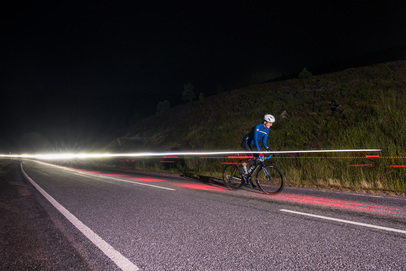 Sailing, Kayaking and Swimming in Scotland

Land Yachting
That sounds fun, doesn’t it? Gliding across the sand, the master of the wind / your own destiny, like some sort of billionaire… But on the beach in St Andrews? How convenient! Land yachting offers the thrill of actual sailing but on land. Ideal for all those water haters out there.
blownaway.co.uk/landyachting

The St Kilda Challenge
This one’s not happening until 2020, which is good because it requires high levels of sailing skill which will presumably take more than one year to acquire. Venture into the North Atlantic through some of the world's best sailing grounds to reach the World Heritage Site of St Kilda. Add some technical challenges to the mix and, if you wish, a racing element and you have a great recipe for adventure.
thestkildachallenge.co.uk

Scottish Sea Kayak Trail
Did you know that Europe’s first long distance sea kayak trail stretches along Scotland’s west coast, from Gigha in the south to the Summer Isles in the north? Again, you’ll probably need some experience / training / a guide before you literally stick your oar (or paddle) in. But it’s good to know it’s out there, waiting for you on the other side of many years of solid kayak training.
scottishseakayaktrail.com

Go Swim Loch Lomond
Get involved in the wild swimming craze with this professionally organised event in Loch Lomond’s spectacular yet easily accessible surrounds. Aimed at everyone from ‘newbies to racing snakes’ (which is presumably the official term for a highly experienced wild swimmer), Go Swim offer an event on 7 September that promises to be exhilarating, challenging, enjoyable and, most importantly, safe.
go-swim.uk 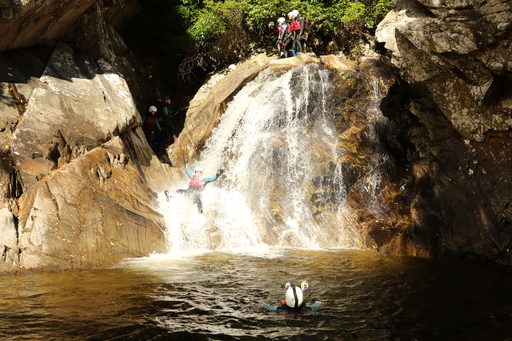