The mighty LeithLate returns after a year hiatus with a weekend of music, parties and art, and Southside Film Festival brings cinema back to Glasgow communities south of the Clyde; plus the week's best gigs and clubnights

Three cheers for the return of LeithLate (8&9 Jun), following a break last year due to funding issues – hip hip hooray! We’re teaming up with the festival to assist in curating their afternoon gala day at Leith Links, featuring a line-up of female and female identifying fronted bands with a connection to Edinburgh and Leith.

The gig kicks off with a solo performance by The Banana Sessions’ Roberta Pia, who’ll be sticking around to compere the stage. She’ll be introducing the dark dream pop of Goodnight Louisa, electronic duo Super Inuit, the lo-fi rock of Thee Girl Fridays, and the grungy riffs of Glasgow’s Tongue Trap. In between performances they’ll be the opportunity to check out the selection of creative stalls LeithLate are hosting on Leith Links.

You should also brace yourself for Caps Aff, an all-female graffiti artist jam; YAS QUEEN!, a tongue in cheek celebration of the Queen’s Birthday; and the return of LeithLate's Mural Tours. Check out the full programme here.

Lucy Dacus
The Voodoo Rooms, Edinburgh. 11 Jun, 7.30pm
Since releasing her stunning 2018 record, Historian, Richmond, Virginia’s Lucy Dacus has been a busy wee bee, with tours, an eponymous EP release as one third of boygenius alongside Phoebe Bridgers and Julien Baker, and this year she’s launched a 2019 song series. The project includes covers and originals being released throughout the year on notable dates, the most recent being My Mother & I, which celebrates Taurus season, her and her mum’s birthdays and US Mother’s Day. Catch Dacus in all her splendour at Edinburgh’s Voodoo Rooms tonight. Image: Rachel Juarez Carr 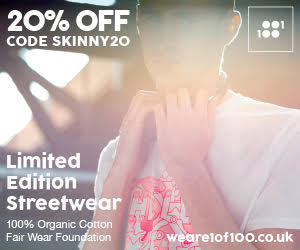 Southside Film Festival
Various venues, Glasgow. 7-9 Jun
Southside Film Festival once again brings a lively programme of cinema to Glasgow's communities south of the Clyde. Things kick off on Friday with a screening of music doc Matangi/Maya/M.I.A. followed by spoken word from Carys Williams, while over the weekend you can take your pick from screenings of Time Bandits, The Never Ending Story, Labyrinth and a double bill of The Miseducation of Cameron Post and short film My Loneliness Is Killing Me (pictured), directed by Southside filmmaker Tim Courtney.

Konx-om-Pax Album Launch
Rubadub, Glasgow. 7 Jun, 5pm
With his new album, Ways of Seeing, due out on 14 June, Glasgow-born and now Berlin-based producer and graphic designer Tom Scholefield, aka Konx-om-Pax, will celebrate its release with three launch shows. Following the Berlin album launch, Scholefield will head to his hometown, DJing in-store at Rubadub alongside friends Ribeka, Holy Other and Rob Data, before ending with a London launch at Rye Wax. Image: Alicja Khatchikian 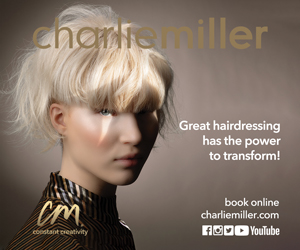 Miss World: Iced Gem
Sneaky Pete’s, Edinburgh. 7 Jun, 11pm
The Miss World crew invite Beatroots resident Iced Gem to join them for their latest Sneaky’s bash, following her incredible guest mix on their EH-FM radio show. At their last party over at The Mash House, the Beatroots Collective helped raise over £1500 for the Kamuzinda Clinic in rural Uganda, where Iced Gem and fellow resident Spud Cannon were joined by LuckyBabe, with visuals provided by Kiera Saunders. Good music for a good cause always sounds good to us.

Lezure: Dr. Rubinstein
La Cheetah Club, Glasgow. 8 Jun, 11pm
Maria Rubinstein, aka Dr. Rubinstein, may be one of many DJs based in the techno hub of Berlin, but the Russian-born DJ stands out from the crowd with her thrilling selections and distinct presence. Rubinstein has built a strong reputation internationally since relocating to the German capital from Tel Aviv seven years ago, with her sets often rooted in acid techno and 90s rave, and you can now find her performing in clubs and at festivals around the world. Image: Kasia Zacharko