Fringe of Colour is making a long-awaited return to our small screens, with a bursting programme of performing arts gems packed into two weeks. Elsewhere, Edinburgh Art Festival takes over the city, and HANG brings live hip hop to Glasgow.

The first of the August festivals are amongst us and boy what a start to the season. Kicking things off in style is Fringe of Colour, running 1-15 August. Beginning life as a spreadsheet spotlighting shows that starred or were created by people of colour in an often overwhelmingly white Fringe programme, the organisation has grown into its very own festival in just four years, with this year's edition being their second digital offering.

From thoughtfully curated short films, comedy sketches and recorded performance to pieces specially commissioned for the festival, this is a programme at the cutting edge of the arts. Split into four strands - Rituals, Flight, Protest, and Self - screened over two weeks, highlights include Hypnagogia Glossolalia, a blend of spoken word and dance by rising star in the Scottish visual arts scene Sekai Machache, Yuluu, a haunting animated short by Fatima Kried exploring ideas of exile after the 2006 Lebanon War, and The Elephant in the Room, a creative exploration of colonial legacies.

Passes start from just £5 for the entire festival - snap yours up quick.

HANG
SWG3 + Online. Glasgow, 31 Jul
Scotland’s first ever grime and hip hop conference from the folks at Scottish Alternative Music Awards, this day-long affair includes digital panels on the history of hip-hop in Scotland and discussions on how to break into the industry, as well as an unmissable live music showcase in person at SWG3, featuring recent SAY Award-winner NOVA, India Ros3, Bemz, and more. Live music, you say? Sign us up now. Image: Zaynab McGroarty.

Edinburgh Art Festival
Edinburgh. 29 Jul-29 Aug
With over 35 exhibitions across Edinburgh’s arts spaces, this edition of Edinburgh Art Festival is more than making up for lost time after last year’s cancellation. Highlights include a major new film installation created by acclaimed British artist Isaac Julien at Modern One and a soundscape by Emeka Ogboh, presented in partnership with the Talbot Rice Gallery. Image: Isaac Julien and Victoria Miro.

ADVERTISEMENT | Edinburgh Art Festival
Edinburgh. 29 Jul-29 Aug
Edinburgh Art Festival returns this weekend, with more than 35 exhibitions across the capital’s visual art venues, accompanied by a series of digital events. Running from 29 July – 29 August, with the majority of exhibitions free to attend, find out more and view the full programme on the festival website: edinburghartfestival.com.

Curator's Tour - Emma Talbot: Ghost Calls
DCA: Dundee Contemporary Arts, Dundee. 5 Aug, 6pm
Emma Talbot's critically acclaimed Ghost Calls is about to end its run at the DCA to make room for new, exciting shows - but before it leaves, Head of Exhibitions Eoin Dara will be giving a special one-off tour through the gallery, offering an insider look into how it came to be. Image: Ruth Clark. 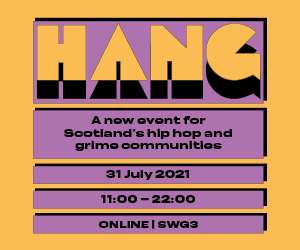 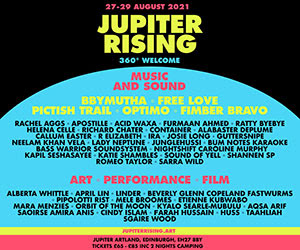 Sundance London Tour
Various venues. 30 Jul-1 Aug
Sundance London, where gems from the Sundance Film Festival get brought to our side of the pond, is going on tour itself, with three excellent films - Zola, The Nest, and Writing With Fire - on show in locations all over Scotland, from Glasgow Film Theatre to Belmont Filmhouse.