Two film festivals celebrating international cinema kick off in Scotland this week, with both celebrating an incredible number of years in existence.

African cinema is celebrated at the 14th annual Africa in Motion film festival, with this year’s programme curated by 14 People of Colour from Scotland, Morocco, Brazil, Cameroon and Rwanda. The festival opens in Edinburgh with a screening of Sudanese filmmaker Suhaib Gasmelbari’s documentary about the demise of cinema in his home country, Talking About Trees.

Meanwhile, in Glasgow, Document Human Rights Film Festival takes over the CCA until Sunday for its 17th edition. A screening of documentary Lisbon Beat will be followed by a Q&A with the film's director Rita Maia, who later in the evening will also be putting her DJ skills to good use at an after party at Stereo, alongside fellow Portugese DJ and Príncipe Discos artist DJ Firmeza.

Little Simz
SWG3, Glasgow. 24 Oct, 7pm
At just 25 years old, Little Simz’s musical career has been nothing short of prolific. Over the course of four mixtapes, seven EPs and two albums, she’s demonstrated the immensity of her talent. Her third and latest, Grey Area, was nominated for the 2019 Mercury Prize, missing out on the win to Dave’s equally excellent Psychodrama, but the nod alone is well-deserved. Image: Jack Bridgland

Weyes Blood
The Art School, Glasgow. 28 Oct, 7pm
Natalie Mering released one of the best albums of the year back in April with her fourth studio record, Titanic Rising. Glorious, all-encompassing orchestration and Mering’s goosebump-inducing vocals aside, the record is also a crucial reminder for a disillusioned society that while the world descends into chaos around us even the slightest glimmer of hope can go a long way. Image: Eliot Lee Hazel

The Gospel According To Jesus, Queen of Heaven
Tron Theatre, Glasgow. 30 Oct-2 Nov, 7.45pm
It’s been 10 years since this iconic production premiered at Glasgow’s Tron Theatre, and to celebrate the anniversary it will return to where it all began with a special run of performances. Each showing will be followed by a post-show discussion, while you will also have an opportunity to catch the Brazilian production, with English subtitles, on 30 October. Image: Aly Wight

Book Launch of Street Food Scotland
the pitt, Edinburgh. 24 Oct, 6pm
Ailidh Forlan's Instagram account, Plate Expectations, makes our mouths water on the reg, and she's taking things one step further by writing a book on Scotland's street food scene. Street Food Scotland profiles over 60 of the country’s best vans, traders and markets in a book that’s as comprehensive as it is drool-inducing. Celebrate its launch at the street food hub that is the pitt tonight. Image: Dockyard Social 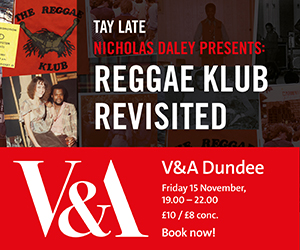 Scottish Alternative Music Awards
St Luke's, Glasgow. 25 Oct, 6.30pm
With Scottish music continuously shunned from London-centric UK music award ceremonies across the board, the SAMAs provide a platform for those often ignored up north. Celebrating its 10th anniversary this year, the ceremony will showcase the diversity of the Scottish music scene, with live sets from The Cosmic Dead (pictured), One Nine and Franky’s Evil Party.

Edinburgh Short Film Festival
Various venues, Edinburgh. 24 Oct-10 Nov
Just one of the highlights on this year's Edinburgh Short Film Festival programme is their Collective Consciousness event in collaboration with homelessness charity Cyrenians. Following the screening of nine short films, including Anaïs Debus' Qui Vive (pictured) and Carol Freeman's The Bird & The Whale, there will be a panel discussion hosted by Ali Kerr of the Cyrenians. Image: Anaïs Debus 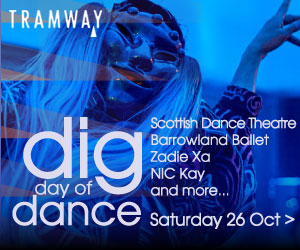 Charli XCX
SWG3 Galvanizers, Glasgow, 27 Oct, 7pm
Having been at the forefront of the PC Music scene over the best part of the decade, it may come as a surprise that Charli XCX’s latest album, Charli, is *technically* only her third to date. Over the course of her career, she has favoured the release of mixtapes over proper album releases and collaborated on some of the biggest pop tracks of the last 10 years. Support comes from the excellent Rina Sawayama.

Terminal V
Royal Highland Centre, Edinburgh. 26 Oct, 12pm
Sneaky Pete's have absolutely knocked it out of the park with the line-up for their stage at Terminal V this year. The stage features an enticing mix of local and international acts, including live sets from Glasgow's Free Love and Canadian duo Minimal Violence, as well as DJ sets from Israeli-born Mor Elian (pictured) and Finnish-born, Glasgow-based DJ IDA.