It's a festival-heavy summer, but new kids on the block Aye Festival are still managing to stand out from the crowd. This inaugural festival from the team behind Spit It Out - an Edinburgh-based women-run consent and mental health charity - kicked off yesterday and runs until 26 June in venues across Edinburgh, Glasgow, and online.

Going through everything good from the programme would take days, but here's just a glimpse of the embarrassment of riches on offer: head to Stereo for a series of live music performances from the likes of Bee Asha and Femme Castatrice, join queer skate collective Skate Boobs for a day of street art, skate workshops, and BBQ, attend Better Sex workshops and chill life drawing sessions, or see gorgeous art exhibitions from Turkish artist Nisan and Scottish artist Cal Mac.

There are also poetry evenings, DJ workshops and experimental film screenings. Browse the full programme here and start planning out your schedule (we warn you, it will be packed). Tickets are available on a sliding scale. 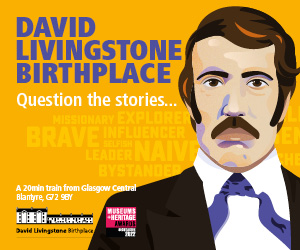 ADVERTISEMENT | NOS Alive
Lisbon, 6-9 Jul
NOS Alive is the leading music festival in Portugal and has caught the rest of the world's attention due to a single combination of an eclectic lineup, warm weather and unique coastline location, taking place in Lisbon with its wonderful sunny weather. The Strokes, Florence + The Machine, Stromae, Jorja Smith, Metallica, Imagine Dragons take the stage on its 14th edition, that stands by the claim of this being the best comeback ever. 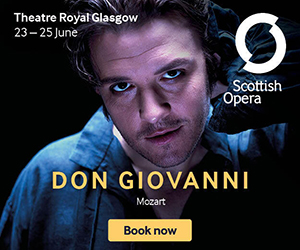 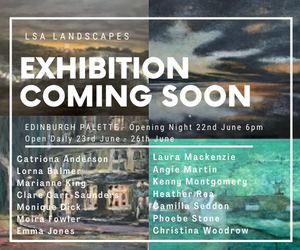 Hidden Door
Royal High School, Edinburgh. Until 18 Jun
It's the last couple of days of this year's Hidden Door and we're so in love with their programme that we're shouting it out a second time. There's some great late evening slots playing, including an Okay Pal Records showcase in the very cool Pianodrome and music by The Joy Hotel and Dana Gavanski (pictured). Image: Clementine Schneidermann.

Niteworks
Royal Concert Hall, Glasgow. 22 Jun, 7:30pm
Celtic Connections? In June? There's a reason, we promise. After having had their show cancelled in the last round of restrictions back in January, Isle of Skye-based electro-ceilidh band Niteworks are back for one night to perform their Celtic Connections session. Joined by the BBC Scottish Symphony Orchestra, this is Niteworks at their most atmospheric - and that's saying something. Image: Magnus Graham.

Graeme Stephens' Sunrise
Traverse Theatre, Edinburgh. 20 Jun, 8pm
A gorgeous tragi-romance drawing on the German Expressionist movement, F.W. Murnau's Sunrise: A Song of Two Humans is considered one of the greatest films not just of the silent era, but in the history of cinema. This screening features a live orchestra playing Graeme Stephen's contemporary jazz score created especially for the film, which won a Scottish Jazz Award in 2012. Image: Traverse Theatre.