Put your trumpets in the air for the return of Edinburgh Jazz & Blues Festival this weekend. Plus, Kylie Minogue plays two shows at Edinburgh Castle, TRNSMT returns to Glasgow Green, Evian Christ celebrates 10 years of his Trance Party series and more...

While Lizzo continues her mission to bring back the jazz flute, wapping it out at just about every one of her live performances, the Edinburgh Jazz and Blues Festival aims to showcase the diversity of the genre with a series of gigs taking place at venues across the capital from 12-21 July.

Pushing the limits of jazz to its very outer reaches, Mercury Prize nominees Sons of Kemet merge the genre’s more classic sounds with the rhythmic flourish of Caribbean calypso and soca. Their hybrid experiments make them great additions to the festival’s Cross the Tracks programme, which showcases artists blending jazz with other contemporary urban music.

Kylie Minogue
Edinburgh Castle, Edinburgh. 14 & 15 Jul, 7pm
The queen of pop last visited Edinburgh in 1991, and we still can’t get her out of our heads! The first date became the fastest selling castle concert ever after tickets ran out in a record 15 minutes. Thank Kylie a second date was added so more of us could get in on a classic noughties boogie. If her Glastonbury set is anything to go by, it's going to be banger after banger. Image: Andrew Whitton

Garbage
Alhambra Theatre, Dunfermline. 17 Jul, 7pm
It’s a good time to be Garbage. Last year Shirley Manson was named the inaugural NME Icon at the NME Awards, the band saw the 20 year anniversary of their pivotal album Version 2.0, and now they’re marking that landmark with a celebratory tour. They’re only playing once in Scotland, so you’ll need to get to Fife if you’re anxious to catch the band live. Image: Kat Gollock

ADVERTISEMENT | 10 Unmissable Summer Events in Fife
Boasting beautiful beaches, stunning coastlines, sleepy rural villages, fantastic food and drink, and award-winning visitor attractions, Fife is the perfect venue for lots of exciting events this season. Check out this top 10 list of events you can’t miss in Fife this summer. From exciting music concerts and quaint art festivals to international sporting events, there’s something for everyone to do in this picturesque region of Scotland. Don’t forget to download the new Fife Events App to discover what’s on. 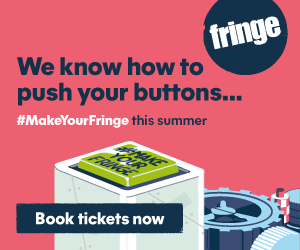 Street Jam
six°north, Edinburgh. 13 Jul, 2pm
Good news for fans of Belgian beer and paint fumes, as Stonehaven’s own six°north bring their festival of beer, graffiti and assorted arty things to their Edinburgh bar this week. The set-up sees a collection of street artists work together on canvases throughout the day, while you the public stand nearby sipping a delicious beer and marvelling at the handiwork. Image: Matt Carrington

All Day Pal
The Wash House, Edinburgh. 13 Jul, 2pm
OK PAL Records are throwing their first all dayer this weekend, described as a "beachy all day extravaganza". Throughout the day there’ll be music from Blue Tiger, Storm the Palace, Hailey Beavis (pictured) and Jonnie Common, among others. There’s also a plethora of visual art stalls, including one from Faith Eliott, plus DJs, inflatables and games. Image: Michael Ozmond 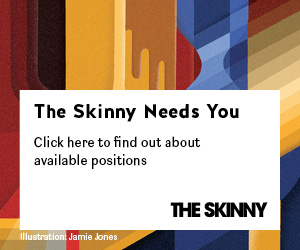 Trance Party 10: A Decade Of Euphoria
SWG3, Glasgow. 12 Jul, 10pm
Evian Christ's (pictured) Trance Party series is the stuff of dance music legend. Over the last 10 years, the parties have hosted the likes of Arca, SOPHIE, Lil Silva and even Travi$ Scott, and the party celebrates its 10th anniversary with two dates in Glasgow and London this weekend. Friday's Glasgow show features sets from Christ himself, Total Freedom, Yung Sherman and Yves Tumor. Image: Andrew Ellis