With a frightening number of new venues constantly opening across Scotland, we've decided to narrow down our new venue round-ups by city, starting this month with Glasgow

Public House by Nico
The latest venture from celebrity chef Nico Simeone is the first of his offerings to lean into the drinks side of things. Their cocktail list makes for pretty irresistible reading, not that you even have to stick to it; staff behind the bar know their stuff and can make pretty much anything. Their wine and beer options are good, too, with on tap beers delivered daily from the nearby Merchant City Brewing Company. And the food is reliably impressive, with a mix of small plates and main courses that would not seem out of place in a posh countryside gastropub. 333 Great Western Rd, publichousebynico.co.uk

Le Petit Cochon
Le Petit Cochon is a laidback and understated addition to the West End bar scene, just seconds from Kelvingrove Park on the museum side. The refurbishment of the traditional space has made the most of its original features, with elaborate cornicing, exposed brickwork and large windows that flood the room with light. Billing itself as a bistro that serves wine, it somehow feels like the other way round. The wine list is rightfully an area of pride, with almost 50 available by the glass and suited to the Northern European dishes on the restaurant’s main menu. Brunch also runs every day from 10am until the civilised hour of 4pm, by which time most of us can drag ourselves anywhere for eggs, especially if there’s a wine to match. 9 Radnor St, lepetitcochon.co.uk

MAD LAB @ Acid Bar
The crew from Cail Bruich have pitched up at SWG3 and will be sticking around for the whole summer. The latest residency to grace the compound’s Acid Bar area has given inventive chefs from the AA Rosette restaurant a chance to flex their culinary muscles for new audiences. The short menu is a who’s who of Scotland’s best produce, served in truly photogenic style – initial offerings include scallops served in the shell, a confit duck doughnut and barbequed cauliflower with toasted almond butter. Things will chop and change during the residency depending on what is seasonal and available. 100 Eastvale Pl, swg3.tv/acid-bar 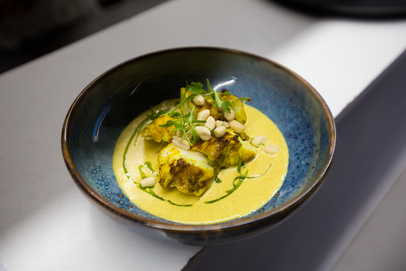 New bars and clubs in Glasgow

The Amsterdam
After months of teasing passersby with mysterious posters, Merchant City’s newest bar has finally opened its doors, located within popular hotel The Brunswick. The Dam is the latest offering from the team behind St Luke’s and is a sprawling operation. Upstairs they’ve got their hands full running a slick music bar where the tunes are good, the drinks are served quickly and the menu is a list of familiar pub faves. Downstairs, in the basement space, The Amsterdam has the potential to be a seriously exciting new music spot for the city, equipped with a great sound system and naturally good acoustics, making it an ideal space for gigs, performances and even club nights. 106-108 Brunswick St, brunswickhotel.co.uk/food-drink 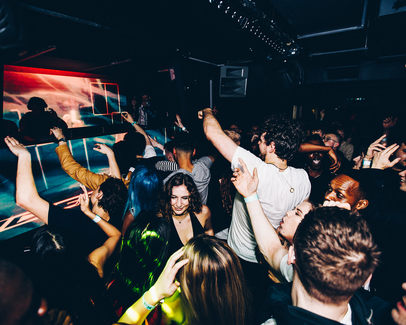 Room 2
Another addition to Glasgow’s club scene is the latest venture from the team behind La Cheetah Club. Room 2's large premises has big plans, with all the gear in place to put the emphasis on stage production and live music events. Their Funktion-One sound system and expert lighting setup means business, with a real dance and house music focus clear to see in their first month of events. The club’s launch weekend saw JD Twitch and Moodymann headlining respectively, and with a solid programme of events lined up for the coming months, including the exciting addition of their new in-house club night Room 2 Dance, the club's future is looking bright. 69 Nelson Mandela Pl, facebook.com/Room2Glasgow

500 GWR
For a long time it seemed like Viper was an indestructible force; the popular student nightclub on Great Western Road had the grit to survive some pretty testing years politically, but could do little to fight back against the combined might of 4am licenses in the city centre and the rise of Uber. But having successfully poached the Funktion-One sound system formerly installed at the legendary Arches and with a solid line-up of local DJs booked in the coming months, things are looking promising for the newly-opened 500 GWR. The club's strict 'no cameras' policy is a pretty solid change of pace from the way things were previously, where selfies on the dancefloor were the order of the day. 500 Great Western Rd, facebook.com/500GWRCLUB