Heads Up: A Beginners' Guide to Glasgow

Underground nightclubs, murals of local legends, sparkling parks, grassroots arts venues and Batman's favourite graveyard – Glasgow's a city with a bit of everything

The Barras
The Barras are a Glasgow institution. The weekend market is a wild melting pot of locals, with stalls ranging from vintage clothes and posters to antique curios and the occasional suspicious character selling 'designer' gear. By night, head to a gig at the Barrowland Ballroom. It’s one of the liveliest and loveliest music venues in the country, and home to some iconic neon signage.

The Necropolis
Welcome to goth Glasgow – the Cathedral is one of the city's oldest and most impressive buildings, and to its east is the equally imposing Necropolis. It's a sprawling Victorian graveyard with some ridiculously over-the-top tombs, some designed by great Glasgow architects like Alexander “Greek” Thomson and Charles Rennie Mackintosh. The Necropolis is so cinematically gothic, in fact, it features in The Batman.

King Tut’s Summer Nights / Endless Summer at The Hug & Pint
Each summer two of Glasgow’s most iconic venues – The Hug & Pint in the West End and King Tut’s Wah Wah Hut in the City Centre – welcome a whole host of local talent to their stages to celebrate the artistry that’s right on their doorstep. At King Tut’s Summer Nights (14 Jul - 27 Aug) and Endless Summer (10 Aug-19 Sep), chances are you might just see the next big thing.

Kelvingrove Art Gallery and Museum
This gorgeous museum is wonderfully eclectic, like dozens of galleries have been rolled into one. Fine art-heads will be in heaven thanks to an impressive collection of Scottish and European paintings, the jewel of which is Salvador Dalí's stunning Christ of Saint John of the Cross. But there are also ancient artefacts, dinosaur bones and even a rare specimen of Scotland’s tastiest but most reclusive creatures: the haggis.

Summer Nights at the Bandstand
One of the best ways to enjoy live music in the summer months is al fresco, and the Kelvingrove Bandstand in the West End’s Kelvingrove Park offers exactly that from 27 July to 13 August. This year’s programme includes some iconic performers like Rufus Wainwright and Pixies as well as local heroes King Creosote, The Jesus & Mary Chain and Edwyn Collins, all served up in a stylish art deco amphitheatre.

The Great Western
Set across the gig venues, bars and community spaces of the West End and Maryhill, The Great Western combines the anarchic energy of a pub crawl with some top-notch music curation. Past editions have featured Anna Meredith, Yard Act, Dry Cleaning, Free Love and too many of The Skinny’s favourite Scottish bands to list in this short paragraph. Various venues, 12 Nov

Centre for Contemporary Arts (CCA)
A modern Glasgow institution, the Centre for Contemporary Arts’ open-source approach to programming makes for a hugely diverse events list. You’ll find visual, digital and sound art in the gallery spaces, exciting film screenings in the cinema, regular live music, and a host of annual arts festivals. The cafe is great, and the Saramago bar has a cool outside terrace.

Pollok Park and The Burrell Collection
Can’t be arsed venturing to the Highlands? Head instead to this huge Southside park, where you’ll find fields of wildflowers, wandering Highland coos and so much untamed green space you’ll forget you're in Scotland’s largest city. Make time to visit the newly reopened Burrell Collection, a stunning collection of art housed in a beautiful modernist building within the park. 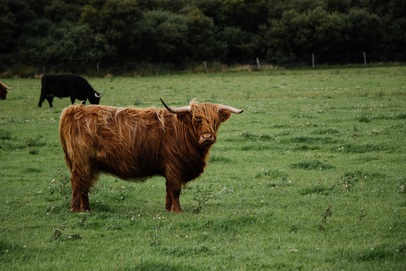 Queen’s Park
Another green jewel in the Southside crown, Queen’s Park is an excellent park all year round with some fantastic cafes nearby if you fancy a picnic lunch. This summer, the Queen’s Park Arena at the heart of the park hosts a run of free screenings of classic films – Grease, Predator, The Karate Kid, Blade Runner, Rocky Horror… truly, something for everyone. Until 1 Sep

Glasgow Doors Open Day
Big. Old. Buildings. Glasgow’s full of ‘em, and a lot of them are under lock and key or closed to the public for much of the year. Doors Open Day is an annual chance to get in and poke your head around some of the city’s best and most intriguing architectural spaces, from breweries to community spaces like Govanhill Baths, for free. 12-18 Sep

Glasgow Women’s Library
The only resource of its kind in Scotland, Glasgow Women’s Library in the East End of the city combines a library, museum and archive of books, materials and artefacts by, for and about women. What’s more, it’s the only accredited museum of its kind in the UK dedicated to women and its collections, and events are open to the public all year round.

Kingsley
Glasgow is one of Europe’s foremost football cities, but one figure towers over all others. Kingsley, the sentient Californian sun designed by Glasgow School of Art alumni David Shrigley, is the mascot of Championship side Partick Thistle. Catch him in all his yellow glory on the sidelines at Firhill Stadium in Maryhill… unless he catches you first.

Tenement Trail
Run by new music platform Tenement TV, the Tenement Trail festival offers a unique way to explore the city, as well as some of its most exciting up and coming bands. Well known for hosting some of the most raucous shows in town, expect to throw yourself around in East End venues like Barras Art and Design (BAaD), Barrowlands, St Luke’s and more. Various Venues, 8 Oct 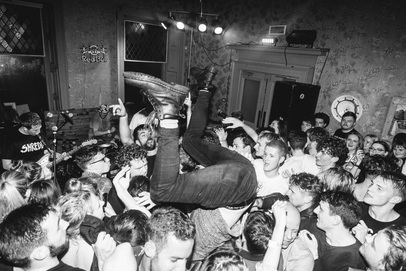 Murals of Billy Connolly
The Big Yin, the gregarious welder-turned-comedy legend rightly considered to be one of Scotland’s greatest living storytellers, is immortalised in a trio of 50-foot tall artworks across central Glasgow. The three block-end murals by artists John Byrne, Jack Vettriano and Rachel Maclean can be found on Osborne Street, Dixon Street and Gallowgate respectively.

Riverside Museum
This transport museum is one of several wild modernist buildings and bridges dotted along the Clyde waterfront – the others include the OVO Hydro, the Armadillo, and the Science Centre. Inside you’ll find all you could hope to know about Glasgow’s transport history, from trains and trams to Clyde-built ships. You’ll also discover the first modern pedal-driven bicycle. Yes, Scotland invented the modern bike. You’re welcome.

Sub Club
Glasgow’s iconic subterranean City Centre nightclub, Sub Club – or 'Subbie' to locals – has been running almost non-stop since opening its doors in 1987. Regularly putting on some of the biggest names in underground dance music, it’s where Optimo cut their teeth in the late 90s; it’s also proud to host one of the world’s longest-running house nights in Subculture. A must for dance music fans.