From the city's industrial history to cutting-edge culture, amazing food and drink to exciting places to spend your evenings, unlock some of Manchester's hidden gems with Red Bull

Manchester’s reputation as the capital of the North of England is wholly deserved. From its working-class heritage as the birthplace of the Industrial Revolution, Manchester is now a vibrant, modern city full of hidden treasures. We're here to help you unlock the best of Manchester by taking a look at six of our favourite Manchester districts, highlighting some of the city’s best venues, eateries, art centres and other hidden gems.

Once a relic of the city’s industrial history littered with abandoned textile mills, Ancoats is rapidly becoming a symbol of the city’s resurgence. To get a sense of Ancoats’ new character, just look at its Japanese tea house Cha-ology (Unit 3B Nuovo, Great Ancoats St, M4 5AB). Insisting on no shoes and minimal talking, this reservation-only tea house lets you enjoy your cup in a peaceful atmosphere. Alongside freshly prepared matcha and loose leaf tea, you can relax and savour traditional sweets such as delicious dark chocolate mousse cake.

Rudy’s (9 Cotton St, M4 5BF) has rapidly become a word-of-mouth institution. Facing Cutting Room Square in the shadow of the impressive Halle St. Peters, this Neapolitan pizzeria offers up traditional pizza that doesn’t skimp on the dough. Expect a queue, but it’s worth it. Wash that Margherita down with some craft beer at Seven Bro7thers’ beerhouse (39 Blossom St, Manchester M4 5AF) or head into neighbouring New Islington to visit Hope Mill Theatre (113 Pollard St, M4 7JA) which provides a home for emerging playwrights and theatre companies. 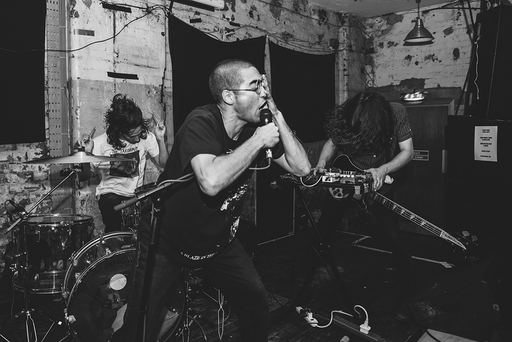 The home of the famous indie emporium Afflecks, the Northern Quarter is the quirky cultural heart of Manchester, powered these days on strong coffee. Independent bookshop Chapter One (19 Lever St, M1 1BY) offers the closest thing Manchester has to a continental café culture, staying open until midnight each night, while on nearby Edge Street you can find Ziferblat (23 Edge St, M4 1HW), the ‘anti-café’ where you pay for how much time you spend inside. Boasting powerful WiFi and endless cake and tea, it’s easy to see why Ziferblat is a hit with freelancers; you’ll be hitting your four-hour cap in no time.

Across from Ziferblat is V Rev (20-26 Edge St, M4 1HN), the hip vegan diner which has recently sized up from its former Oldham Street home. If you fancy a tasty ‘chckn’ burger made of seitan that doesn’t cost the earth, this is the place for you. Just around the corner, Manchester Craft and Design Centre (17 Oak St, M4 5JD) houses artists selling textiles, jewellery, ceramics, prints and more. If famous NQ venues like Band on the Wall and Night and Day are too mainstream for you, pay a visit to Soup Kitchen in Stevenson Square (31-33 Spear St, M1 1DF). Serving delicious soup and sandwiches upstairs, Soup’s dingy basement regularly hosts touring acts and club nights – you’re just as likely to find a banging DJ here as a doomy industrial noise band.

Deansgate may be Manchester’s main thoroughfare but it boasts the city’s oasis for bookish types – the neo-Gothic John Rylands Library (150 Deansgate, M3 3EH). Commissioned in 1890, this grand library run by the University of Manchester is famous for its cathedral-like Reading Room full of rare books and manuscripts. With light streaming in through its stained glass windows, the John Rylands is a wondrous place to kick back with a book.

Once you’re done feeling like you’ve visited Hogwarts, it’s worth checking out Roxy Ball Room (1st floor, 76-78 Deansgate, M3 2FN). This neon-splattered bar and games hall specialises in good old-fashioned fun – full of ping pong, beer pong and pool tables, and even housing an 18-hole mini golf course, there are no better places to show your mates who’s boss. If you fancy venturing off the main strip, you can visit the People’s History Museum (Left Bank, Spinningfields, M3 3ER). Sat on the banks of the Irwell on the border of Manchester and Salford, this former Edwardian pumping station’s exhibitions explore key events in local and national democracy including the Peterloo Massacre and the birth of the labour movement. If you want to understand Manchester’s working-class heart, make sure to go here. 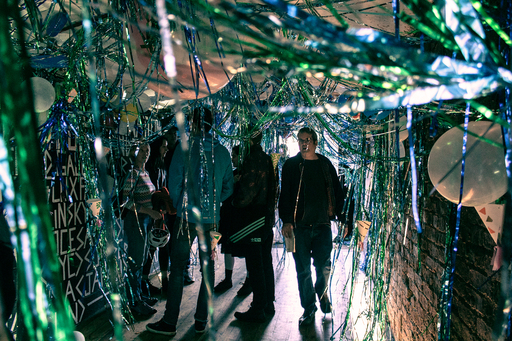 Sounds from the Other City. Photo: Alexander Bell

Technically a city in its own right, Salford is just a bridge away from Manchester city centre, although its borough stretches for miles around. MediaCityUK and Salford Lads’ Club may have the biggest reputations, but Salford’s cultural hub lies around Chapel Street which is taken over by the Sounds from the Other City music festival each May.

Just off Chapel Street is Islington Mill (1 James St, Salford, M3 5HW). This reclaimed mill is now an arts hub, hosting artists’ studios, live music and other community ventures. At festival time, it’s not unusual to see pop-up food stalls in the Mill’s peaceful courtyard. A more frequent gig venue is The Eagle Inn, hidden up Trinity Way (18-19 Collier Street, Salford, M3 7DW). Part of a collective with Northern Quarter music venues like The Castle and Gullivers, the Eagle is worth the trip, a traditional pub which hosts intimate gigs from up-and-coming local and international artists.

Back towards town, The Kings’ Arms (11 Bloom St, Salford M3 6AN) is another down-to-earth boozer renowned for its performance space, this one for live theatre and comedy including events as part of the Greater Manchester Fringe. With all these hotspots, Salford has culture to rival anything in the city centre. Just don’t tell a Salfordian that it’s part of Manchester.

Back in the city centre, Manchester’s student corridor Oxford Road has all the youthful energy you’d expect. Opposite Manchester Metropolitan University’s All Saints Park lies the Deaf Institute (135 Grosvenor St, M1 7HE). This Grade II-listed venue is an alt staple, hosting a bar, tasty food (with vegan specials on Sundays), and cracking events in its velvety domed ballroom, whether it’s an Alan Partridge-themed club night or a visit from an under-the-radar indie act.

Just off Oxford Road on Whitworth St West is HOME, Manchester’s contemporary arts centre which replaced the sadly departed Cornerhouse cinema in 2015. Whether you’re looking to catch the latest arthouse indie flick, see its latest art exhibition or just sit and have a leisurely drink in its shiny bar, HOME is the place to go for all things arty.

Lesser known nearby is the International Anthony Burgess Foundation (3 Cambridge St, M1 5BY). A small centre dedicated to the life and work of the writer of A Clockwork Orange, who studied at the University of Manchester, the IABF boasts an extensive archive of Burgess’ writing and is a hotspot for Manchester’s literati, regularly hosting book launches, live readings and instrumental musicians. 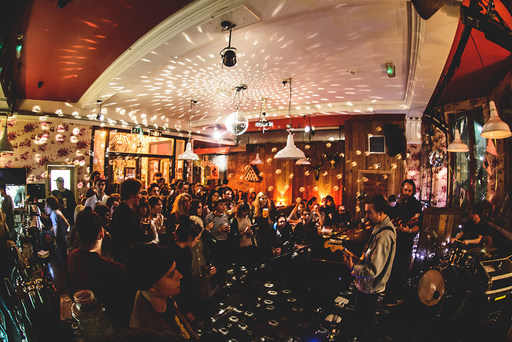 Just a short bus or tram ride from Manchester city centre, you can’t deny the buzz of Chorlton. This south Manchester suburb is known for being the hipster home of many a young professional, and is unique in the city for its edgy, bohemian vibe.

Chorlton doesn’t disappoint when it comes to casual dining, thanks to pubs like The Beagle (456-458 Barlow Moor Rd, M21 0BQ) which boasts an imaginative Ibero-American-influenced menu and breezy outdoor terrace. The talk of all of Manchester right now is the vegan mecca Zad’s (354 Barlow Moor Rd, M21 8A), a greasy yet ‘guilt-free’ takeaway serving up ethical versions of old favourites like burgers, pizzas and hot dogs.

If you like your food continental, leafy Beech Road is home not only to French grocer and wine merchant Epicerie Ludo, but, crucially, Bar San Juan (56 Beech Rd, M21 9EG). This authentic tapas restaurant is frankly the best in the city, offering up dishes from all regions of Spain as well as imported beer and wine. Getting a table may be tough, but when you do you won’t regret the wait.

Every spring in late May to early June, Chorlton hosts the Chorlton Arts Festival which spreads across the suburb’s venues. Picks include The Edge (Manchester Road, M21 9JG), a little theatre which prides itself on civic participation, and the Chorlton Irish Club (High Lane, M21 9DJ), the town’s stand-up comedy hotspot. In that DIY ethic and community spirit, you’ll find Manchester’s heart.