Nixon In China feels like an unconventional show in 2020, so it must have seemed even more unusual when it first premiered to American audiences in 1987. Employing elements of minimalism in its musical score (a feat that, previously, only Philip Glass had successfully attempted), and depicting the negotiations between world-leaders with a focus on the thematic rather than plot, it was described by Nicholas Kenyon in the Observer as "a bizarre undertaking." But Adams, along with poet and librettist Alice Goodman and original stage director Peter Sellers, pulled it off. Nixon In China stands the test of time: it's an inventive work that doesn't give traditional narrative satisfaction, but it is littered with breathtaking moments of poetry and musical clarity.

With this production, Scottish Opera have done it justice. Director John Fulljames' version is a stunning, constantly surprising spectacle, aesthetically aided by Dick Bird's seamlessly transforming sets. It draws on the opera's pressing theme of history – how we make it, treat it and store it – by adding an ensemble of historians, almost always in the background to the realist action set in 1972.

As the scenes progress, these uniformed figures remain on the sidelines. They sift through historical photographs of the real Nixons, Chairman Mao and Zhou Enlai, photos which then bean from giant, on-set screens while their impersonators perform in the foreground. You're never allowed to forget that this is docu-opera, and not merely a story – it feels almost Brechtian in its approach. 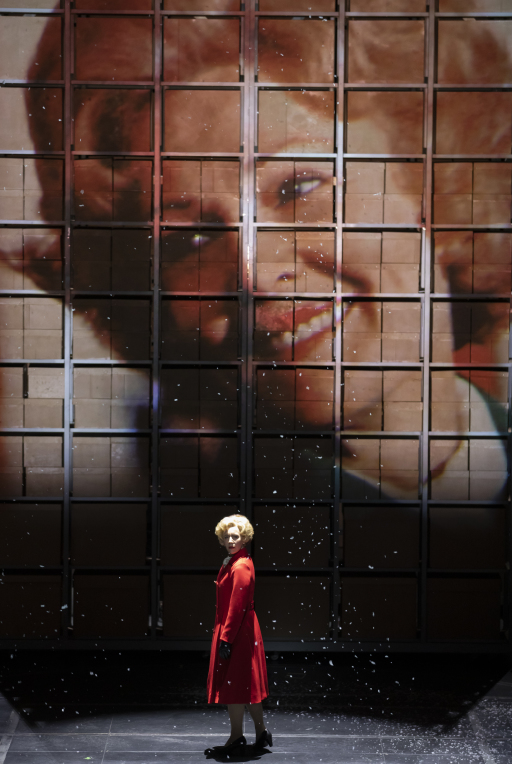 Eric Greene gives a masterly performance as Nixon, exposing the shadowy figure's vulnerabilities and neuroses. His characterisation of the president as child-like in his enthusiasm but dangerously unravelled by negative press brings to mind another Republican president. Julia Sporsén is equally good as the First Lady, particularly during the second act (the best of the three), when her considerable vocal power is given the limelight.

Act Two sees Sporsén's Pat Nixon moved and confused by a revolutionary ballet composed by Madame Mao – played impeccably and with dangerous charisma by Hye-Youn Lee – that this production executes extraordinarily well. Nathan Johnston's choreography is so fluid that the audience are effortlessly sucked into this play within a play, from which you only emerge at the very end of the Act.

Relaying the history of the revolution in this way also gives vital context, and prevents the opera from feeling like a one-dimensional spin from the American point of view. Although it lags a little in its third act. with a slightly overlong scene that sees both the Nixons and the Maos delving into reminiscence, this is an accomplished and creative production of a modern classic.