The Anatomy of the Fringe

With the Fringe and the NHS now 70 years young, how healthy is the festival? Would it get a clean bill of health? Or would it need to be put in special measures?

Our beloved NHS turned 70 on 5 July, one year after the Edinburgh Festival Fringe reached the same milestone. The Fringe is no stranger to shows relating to health, so in honour of the NHS’s birthday and hopes for an illustrious future without devastating budget cuts, here’s a thorough examination of the Fringe’s anatomy, both mental and physical, those that ail, and those that care for her.

Pumped around our bodies by our hearts and containing clues to our overall quality of health, blood has long featured on Fringe stages. But it’s not always fake and can be a matter of life or death rather than just for show or shock value.

Tin Can People’s piece about diabetes, Katie & Pip (Summerhall, 1-12 Aug, 1.20pm, £5-10) stars 15-year-old Katie and her qualified medical support dog, Pip. With the company breaking two cardinal rules of theatre by including both a child and an animal, Katie testing her blood sugar levels mid-show is only a small part of the chaos that unfolds. Seeking to raise awareness of what life is like with Type 1 Diabetes, Katie & Pip wants to empower those with invisible disabilities, like this serious autoimmune condition, and also let us know that those with Type 1 can eat what they want.

Jade Byrne has Type 1 as well, and approaches her condition with a more adult take. Inspired by more than 70,000 jabs she’s had, Pricks (Pleasance Courtyard, 1-27 Aug (not 8, 15 & 22), 2.15pm, £6.50-11) also addresses inaccurate preconceptions about the condition. Byrne seeks to use her story to educate, entertain and give audiences "an uplifting feeling, but also with greater empathy for all people living with lifelong health conditions, and I hope they spread their new-found knowledge and understanding far and wide."

Blood is a symbol of passion, commitment and the life force that keeps us ticking along, but our bits below the belt are way more fun – when they work. They can also be the source of much angst and anxiety, particularly during the teen years – like Michael Patrick’s left nut. 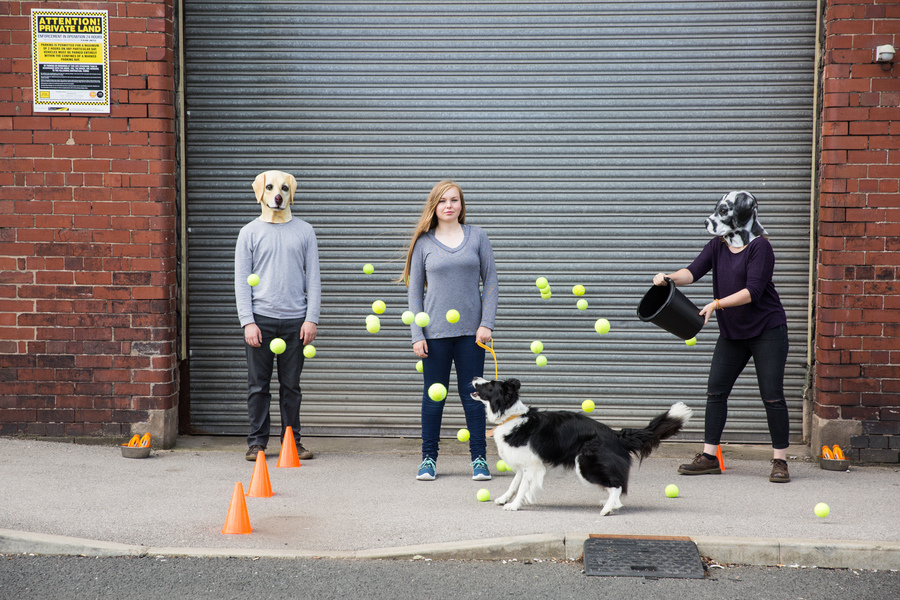 Ashamed of his overly large bollock and with no father to turn to for advice, the Belfast youngster in My Left Nut (Summerhall, 1-26 Aug (not 2, 6, 13 & 20), 1.15pm, £5-10) hid his swollen sack, medically described as a Hydrocele, for three years; 400 ml of fluid was drained after he eventually sought help. Through this show, Patrick confronts the stigma many feel around male and adolescent health, since there's a "real difficulty men have in admitting their problems and going to the doctor." He reminds us that "the idea that to be 'manly' you need to be independent, self-reliant, someone who doesn't need any help, is rubbish. We all need help and love to get through our lives."

The Flop (Summerhall, 3-26 Aug (not 13 & 20), 4.55pm, £6-12) also addresses men's health and the reluctance men have to admit that something's wrong, complete with puppets. Set in 17th Century France, where limp dicks in the bedroom were technically banned (a cishet woman's dream, right ladies?) and using a heavy dose of comedy, the play ridicules old-fashioned attitudes towards sex. But Ben Pettit-Wade promises "the show works on a deeper level. In many ways some of those attitudes towards sex have not changed."

Isley Lynn's autobiographical Skin A Cat (Assembly Rooms, 2-25 Aug (not 13), 4.10pm, £8-12) provides a female perspective of so-called 'sexual dysfunction', in this case, vaginismus, and also its relationship with mental health. Alana is a teenager and while trying to have sex like everyone else, it just doesn't happen. Desperate to ditch the 'V' plates and become a woman, Alana seeks out treatment. Lynn found when seeking medical help for her own issues, that "it was assumed that 'fixing' the physical problem would lead to a shift in my mental state, rather than the reality – that one is part of the other, not just a consequence." Lynn says she "literally owes this show to the NHS. I directly quote so many of my interactions with it in the play because that service was so impactful to my life, and consequentially the play."

Shows addressing mental health, either on its own or its relationship to physical conditions, have become a familiar sight at the Fringe in recent years, and 2018 is no different. There's a wide array of conditions on the examining table, from Obsessive Compulsive Disorder to alcoholism and recovery.

The same company that's bringing My Left Nut to the Fringe, PrimeCut Productions, also present East Belfast Boy (Summerhall, 14-26 Aug (not 20), 9pm, £12-16). Michael Patrick cites this show as a great example of a show that addresses both male and mental health in one. Fintan Brady's spoken word script combined with techno music is designed to appeal to a broad range of audiences and ultimately, to inspire men to take care of themselves and their mates.

Meanwhile, La JohnJoseph's A Generous Lover (Summerhall, 1-26 Aug (not 2, 6, 13 & 20), 4.10pm, £8-10) frames a mental health crisis within a queer relationship. Based on JohnJoseph's real-life experiences providing necessary advocacy and support for a partner in hospital during a manic episode, the part-recital/part-seance is set to provide insight and awareness into mental health services.

Like A Generous Lover, the one-woman play WEIRD (Pleasance Courtyard, 1-27 Aug (not 14), 1.45pm, £6-12) is also inspired by the writer's experiences of mental health issues and how they impact others. This play shows how Obsessive Compulsive Disorder doesn't just impact the person with the condition, but their entire family. Meanwhile New Room Theatre's Blackout (Summerhall, 1-26 Aug (not 2, 8, 13 & 20), 4.20pm, £5-12), part of this year's Made in Scotland showcase, uses verbatim theatre to share true stories of alcoholism, with an added dose of humour and prescription-strength levels of hope and honesty.

The brain is a complex and often misunderstood understood organ, but it can be afflicted by a disease that we all know and fear – cancer. All the Lights Are On (Summerhall, 1-26 Aug (not 8, 13 & 20), 11.40am, £5-10) is part of the Start to Finnish showcase at Summerhall featuring work from Finland and sounds like a heartbreaker. A young woman dying of cancer looks for positivity and hope as her husband and mother watch her deteriorate in this new play by Kaisa Lundan.

It's easy to focus on the patients but what about those that do the caring? Nurses, doctors, care workers and other people working in the NHS and health services also get some time in the spotlight this Fringe.

Families also get plenty of loving shoutouts, like in 3 Years, 1 Week and a Lemon Drizzle Cake (Underbelly Bristo Square, 1-27 Aug (not 13), 2.25pm, £6.50-10). The team behind the show "hope for a more in-depth consideration of the huge impact on the friends and families of those living with a mental illness. It's a take which could be said to mirror the experience of those left in the shadows, perhaps struggling themselves, with an ill relative."

Although the current UK government is taking a hatchet to our NHS, it's very much in rude health. With a big selection of shows on offer that pay homage to the people that keep it running and those that rely on its services, there are plenty of ways to celebrate its 70th birthday at the Fringe this year.