Who was Ellen Wilkinson? She may not be a household name but when poet and playwright Caroline Bird began writing a play about the prolific socialist, she ended up finding out so much it resulted in a five-hour long first draft. "I really let my head fill with as much soup and noise and complexity as possible," explains Bird, speaking of the five-year period she spent researching Wilkinson's life after being commissioned by the then Artistic Director of Northern Stage. Eventually, Bird decided to narrow it down and focus only on the final 15 years of Wilkinson's life. "Ellen's life encapsulates what happens to a person when they're really trying to fight for everything at once," says Bird, "and how that can tear you apart."

Bird's play Red Ellen will have already toured from Newcastle to Nottingham by the time it hits Edinburgh's Lyceum stage on 4 May – but the timing couldn't be more perfect. May Day is traditionally a celebration of spring and the resurrection of nature after winter. But when workers first marched for an eight-hour working day in 1865, 1 May became known as Labour Day, formalised as a national holiday under a Labour government in 1978.

Wilkinson first came to national attention when she played a prominent role in the 1936 Jarrow March. Two hundred unemployed men walked from the town in the North of England to Downing Street over a period of 26 days. They were marching for the reestablishment of industry in their hometown, following the closure of their local shipyard – and at the helm, leading them all, was a tiny, 4'8", red-haired woman by the name of Ellen Wilkinson.

Wilkinson was born in Manchester in 1891, a time when there were no maternity or unemployment benefits and no welfare schemes. Her life was plagued by the consequences of childhood scarlet fever and chronic asthma, not helped by smoking, which was then believed to be beneficial to health.

Wilkinson had a patchy education, disrupted by illness, but perhaps these formative, early experiences were partly what drove her. She had a fierce desire to be treated like an equal and was spurred on by the poverty and unemployment she witnessed all around her. The small, sickly activist who once led hundreds of men on a weeks-long march rose from local agitator to Education Minister under Churchill, and only stopped fighting when her ill health finally betrayed her.

Bird’s play invites us to bear witness to Wilkinson’s energy and vitality. “This was a woman who always acted as though time was running out – and it was, for her, in terms of her health," she notes. Wilkinson's extraordinary life and nature proved to be good dramatic material for a play. "[Wilkinson was] constantly tripping and falling in the House of Commons, being chased by MI5 for associating with communist spies, driving at 80mph, crashing her car into ditches or lorries, and turning up to work with a fractured skull,” says Bird. Like many well-meaning activists, she tried to spin too many plates. "She was never working on one thing at a time, because that’s not the way the world operates,” Bird explains. “She’d be organising the Jarrow March but at the same time war is breaking out in Spain or she’ll be running to Berlin to report on Hitler’s march on the Rhineland or flying to Belgium to apologise to Einstein for nearly getting him killed. She wanted to make change as quickly as possible because she constantly believed she was just about to die." 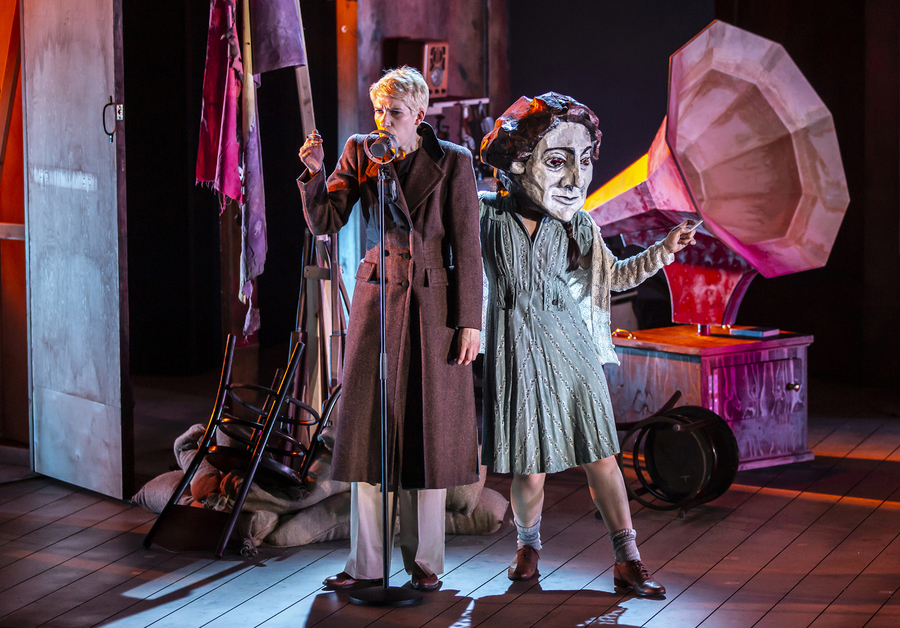 Wilkinson wasn't perfect. Because she wanted to get things done quickly, she often made terrible mistakes. When her communist lover presented her with a book called The Brown Book of Hitler Terror and told her it had been endorsed by Einstein, she rushed to get it published with Einstein’s name on the front. Consequently, Einstein became known as a public enemy of Hitler and had to flee Germany. She was seen as flighty and an irritant, constantly raging against apathy. "She had this Cassandra thing of running around shouting 'Troy will fall' and [feeling like] no one was listening," says Bird. "It made her fight even more fiercely for what she felt was right."

What spurred her on in the face of so much apathy? Wilkinson “really believed in her ability to save the world,” muses Bird. She points out that "there was an element of narcissism" in it too: "she needed to believe she could change the world, and there’s a certain type of madness in that." Her extreme passion meant that she often neglected herself and her health. "Ellen’s life revolved around campaigning for social justice and educational reform, anti-capitalism and anti-imperialism," says Bird. "Her life encapsulates what that does to a person when they’re trying, really trying, to fight for everything at once.”

Faced with such a larger than life character, Bird was determined to write a play about a living, breathing "Three or even four-dimensional woman" instead of delivering a history class. "I didn't want to paint her as someone ahead of her time and always right," she says, "because that wasn't who she was." Due to the fact that most of the action takes place in 'closed rooms' and across private conversations, Bird had to extrapolate from the facts and work on hunches, picking out the rumours and joining the dots. The play is a work of fiction, taking what is known and imagining what might have been.

Wilkinson’s life coincided with a European war, the erosion of workers’ rights, corruption in government, lack of support for refugees and an uncertain future. In 1934, Wilkinson condemned the UK for being the most inhospitable country for refugees.

It all sounds horribly familiar. How does Bird feel about the play's relevance today – and has she achieved her goal to "write a historical play that doesn't feel historical?"

Bird responds that while working on the play at times she's experienced déjà vu. "When Ellen's policy to provide free milk in schools was introduced, she said, ‘some things surely aren’t complicated that we can let our children go hungry’. And yet, only recently, some people have been arguing that we don’t need free school meals." Bird also compares the mountain of problems that Wilkinson faced, and the failure of the Left to produce a "coherent narrative and clear message" around how to fix them, to the situation today. “If your whole ethos is about caring, then it’s difficult to create soundbites – there’s just too much to care about at once,” she reasons. "Do you talk about education, or healthcare, or income support or workers' rights … where do you start?”  What Wilkinson did was to try to attack it all at once.

Another issue, then and now, concerns infighting and schisms on the Left. In Wilkinson's time, the Left failed to respond to Hitler's rise to power coherently. The Labour Party refused to affiliate with the Communist party to oppose fascism, resulting in a weak and confused opposition. It greatly frustrated Wilkinson, who believed strongly in the power of unity.

Wilkinson also consistently fought against the slow pace of parliamentary politics. In the play, progress is likened to playing tiddlywinks – a game where pieces are moved forward slowly, one by one. Wilkinson was trying to move them all forwards at once – and sometimes she succeeded.

When Wilkinson’s achievements are picked apart, less than a handful were successful. In 1945, as Education Minister, she raised the school leaving age to 15 and introduced free milk and school meals. But she failed to secure deep shelters for Londoners during the Blitz, create an anti-fascist movement pre-Second World War or better the lives of the poor and unemployed.

But she tried and died trying.  Wilkinson fought for everyone and forgot to protect herself or her equally ill sister.  After attending an outdoor awards ceremony on a very cold night, she was found dead of heart failure following emphysema, bronchitis, and bronchial pneumonia, all accelerated by an overdose of barbiturates – her asthma medication.  Whether the overdose was deliberate or not is not clear.

Writing the play, Bird was determined to get to the heart of who Wilkinson really was: “Regardless of people’s political stance, the play is about a woman, fighting for other people, every day of her life, but not being able to care for herself.”

And despite fighting for changes that she didn't see in her lifetime, Wilkinson's struggles left their mark. The Jarrow March may have been deemed a ‘failure’ at the time (the men were sent packing and not even given an audience), but it became a defining event of the 1930s. It helped to foster the shift in attitudes towards unemployment and social justice, and paved the way towards social reform measures after the Second World War.

On Wilkinson’s death, an obituarist wrote that "wherever there was a row going on in support of some good or even fairly good cause, that rebellious redhead was sure to be seen bobbing about in the heart of the tumult." Bird's Red Ellen pays tribute to that 'rebellious redhead' –  a brilliant woman whom Bird didn't want to "be forgotten."

Ellen Wilkinson’s name is one we should be proud to remember come Labour Day, for all she did and all she attempted to do on behalf of those who depended on her advocacy. This May Day, she is a reminder to us all: if you fight, you won't always win. But if you don't fight, you will always lose.