We speak to writer and director Hannah Lavery about paying homage to Sheku Bayoh, the father and Kirkcaldy resident who died in police custody in 2015, in her new play

Hannah Lavery is no stranger to the subject of grief. The Edinburgh-born poet, performer and playwright has addressed the pain of loss, and the power of what it can conjure, in her work before. Her 2019 show The Drift focused on the loss of her father, a Scottish Black man who was largely absent during her childhood. Through the prism of that personal loss Lavery explored broader questions of legacy, identity and shame, bringing to light Scotland's history of colonialism and slavery, and the continuing racism inflicted on people of colour in the country today.

Now Lavery is revisiting Lament for Sheku Bayoh, a play that was first written and shown as a rehearsed reading at the Edinburgh International Festival in 2019. Like The Drift, Lament... is an expression of grief for the loss of a man's life, and a call for accountability from a society and a system that remains determined to look the other way. It tells the story of Sheku Bayoh, the gas engineer, husband and father of two young children who was killed by police on the streets of Kirkcaldy, Fife in 2015. He was 31 years old.

Lament... "came out of a conversation with David Greig about Sheku Bayoh," Lavery says of its conception. "I felt like I wanted people to say his name, to create a lament in which we remembered this deeply loved man." Not many people she spoke to had heard of the killing of Sheku Bayoh – "no-one seemed to know about it" – which only pushed Lavery to see the project through with more urgency. She began finding out what she could about him online.

"We were looking at the questions that have been unanswered for the family," she says. "[The play] is not an investigation – it's an exploration of what was out there in the media." The media's depictions of the circumstances of Bayoh's death led her no closer to discovering who he was – some included racial tropes and pre-existent racist narratives. "I was looking at what I could see, what I could read, what I could find and how that affected me. My response as a person of colour... was a desire to say his name, and to get other people to say his name with me." 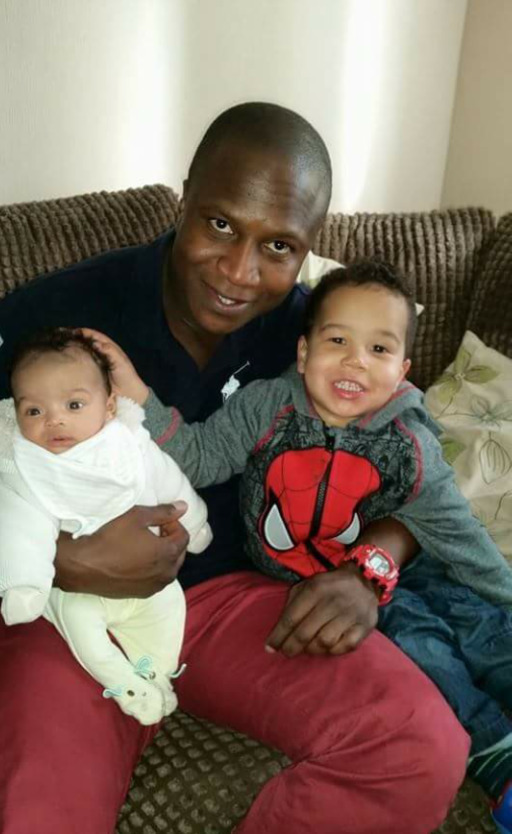 One powerful aspect of the Black Lives Matter Movement is the 'SayTheirNames' ritual that takes place both online and in physical spaces of resistance – a demonstration of fury, a practice of respect, a cry for change and a lament in and of itself. With Lament..., Lavery draws on this process, saying Bayoh's name and creating an artistic space in which he can be mourned. The play is written in the style of a lament, one of the oldest forms of poetry in human history, and one that has been observed across many different cultures.

"I am writing in that tradition of the lament, in the tradition of keening [the action of wailing in grief for a person who has died]," says Lavery. "It's about grief. It's about loss and what that says to us – as citizens, as a country. Art creates a space for empathy. This work doesn't necessarily demand any action from you, except your empathy."

A lot has changed since Lavery first wrote the play – a public inquiry into Bayoh's death has been announced, and the murder of George Floyd in the US provoked global protests and a world-wide cultural reckoning with racial injustice. How did it feel returning to the piece in 2020? "In so many ways we're in a different place," she responds. "But also, we're not."

"There's been an addition to the play in terms of making it clear that the public inquiry has been announced, but the body of the play hasn’t changed." She pauses. "I don’t think the play’s changed, but maybe the audience will have. People know who Sheku Bayoh is more since when I wrote it. I don’t think there will be as many people saying ‘who’s that?'

"There will be points in the play that resonate more than they did last year because of what we’ve experienced this year. But the Black Lives Matter Movement existed when I wrote it. It's more [embedded in] the popular imagination now – society has changed a little and the public has changed a little. How much by still remains to be seen."

The world has, of course, changed in other ways too. Lament for Sheku Bayoh will be performed to an empty auditorium in the Lyceum in Edinburgh, and streamed online for viewers to watch at home. Lavery hopes that it will be shown to a live audience one day, though "streaming is more accessible in some ways, so that's a silver lining."

"It's certainly different!" she says, "but I'm just glad it's getting made." So are we. 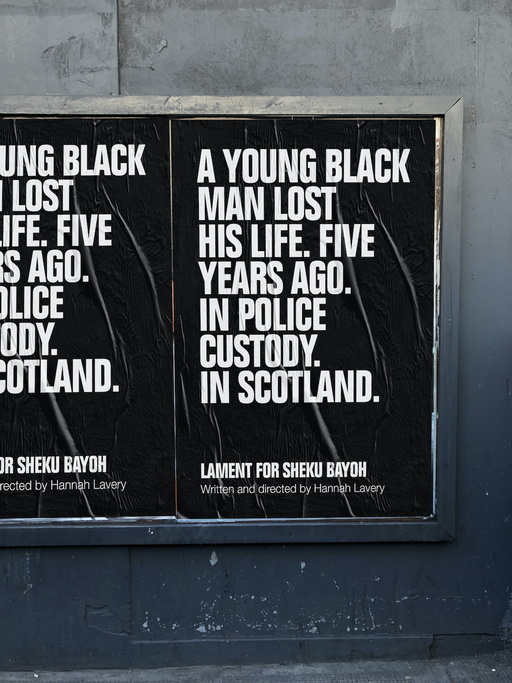 Lament for Sheku Bayoh will be available to stream on a pay-what-you-can basis on 20-21 Nov
nationaltheatrescotland.com/events/lamentforshekubayoh

Sheku Bayoh photo courtesy of the family of Sheku Bayoh