The relationship between art and science

Art and science can work to enhance each other. We hear from Schema47, a research group who bring both domains together, and a filmmaker working with NASA to make a space movie that's more science than fiction 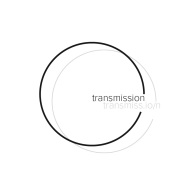 Draw a Venn diagram of art and science interactions, and you might assume little overlap between both circles. The former is driven by emotion and self-expression; the latter by facts and figures. But ask yourself what practitioners of both these fields are trying to accomplish and you’ll see the goals of the artist and the scientist are fundamentally the same: both wish to understand the world around them.

As well as sharing the same goal, science and art can be extremely effective when working in synergy. Take, for example, the career of Leonardo Da Vinci. The world-renowned artist, perhaps our greatest ever, was also a visionary scientist, but it was through his skill for capturing line and form that he expressed his scientific innovations. Of course, Da Vinci was something of an anomaly. Few scientists can claim to be great artists and vice versa, but artists and scientists can work together, and these collaborations – such as those explored on podcast Transmission – could enhance their own research projects and practices.

Collaborations between artists and science

This is the ambition of Schema47, a research group who wish to bring both domains together to develop work that exists outside the traditional labels. “Through working with scientists, I’ve found they can feel very isolated,” says musician/creative technologist Prudence Rees-Lee, a member of Schema47. “To be at the top of their field they’ve had to pursue advanced degrees in increasingly specialised disciplines and struggle to get their ideas out of the scientific community.”

By working in collaboration with artists, Rees-Lee argues that scientists’ ideas and innovations can break out of this science ghetto: “When artists create work about their research it engages the public in a way that pure data cannot. It can also help scientists see their research in a broader cultural context.”

Schema47 is made up of two artists (Rees-Lee and choreographer Sebastian Peters Lazaro), and two scientists (evolutionary biologist Davi Ortega and planetary scientists/roboticist Tom André Nordheim). “A large part of what we do is to facilitate discussions around topics such as the limits of our perception and the ability of art and science to offer portals to the sublime,” explains Rees-Lee. “Sharing our arts practices with scientists, and having the scientists share their work environments with us, has also been invaluable. In many cases it is difficult to predict what an artist will find interesting about a science lab, or what a scientist will find interesting in a studio, so just being able to visit with no strict agenda has been great.”

A current Schema47 project is the search for ‘shadow life,’ which sees the group investigate the existence of a set of organisms that are hypothesised to coexist with life on Earth. “If they do find anything it will suggest that life could have evolved twice on Earth," says Rees-Lee, "and challenge the way we think about the origins of life and our place at the top of the evolutionary pyramid.”

Rees-Lee explains that artists would be invaluable in addressing cultural and philosophical implications of such a discovery. “Art is a medium which can give you information on many levels,” she says, “through cognitive, emotional and intuitive channels. To properly understand the implications of shadow life I think we would need to embrace all of these ways of knowing.”

One artform that is particularly entangled with science is filmmaking. Just over a century ago, the Lumière brothers invented cinema by transforming the peepshow into a projected moving image, and the medium remains as connected to science as it did in those pioneering days. “Film constantly pushes science and vice versa,” says filmmaker Etana Jacobson of UCLA. “The further you go as a filmmaker in shooting, cutting, doing FX on your films, you will learn codecs, frame rates, formats. There are times you'll feel more technical than creative.”

Jacobson’s current film project is One Mars, which she describes as “an action-packed adventure about a rogue Gene Hunter fighting to save a partly terraformed Mars.” The film is set in 2320, but this shouldn’t be mistaken for science fiction: the science is based on accurate, up-to-date info working with NASA Mars Mission scientists. “This is a new vision of Mars we've never seen onscreen,” she says, “a vibrant, violent, genetically engineered world. Future humans are part of it. It's a gene-exchanging population and we'll look, feel and act in exciting new ways.”

Whether it’s discovering a “shadow biosphere”, visiting Mars, or other more pressing scientific concerns like global warming, art can humanise the science, help laypeople get their head around its abstract concepts, and most importantly make us care.

Listen to Transmission, a podcast that speculates on what would happen if we suddenly knew we were no longer alone in the universe, at www.transmiss.io/n/podcast