“Why am I like this?” Those in the habit of reverting to their worst traits at their lowest moments – the things we hate ourselves for doing and saying, but do them and say them anyway, over and over – will recognise this question of introspection. Julien Baker asks this across her third album Little Oblivions, a record of often intense, sometimes perilously dark, self-reflection. That’s not new for Baker. Here she is even more vivid and articulate in her evocation of the traumas of mental illness, addiction and abuse. But this time Baker has the support of a full band sound and an expansiveness that she has so far held back in her solo material.

If you caught her in the back of a streamed set with Hayley Williams or shredding Salt in the Wound live with boygenius as her bandmates bowed at her feet, you’ll know Baker has the kind of explosive chops and auteur technicality (she plays a dizzying amount of parts herself across this album) that her past spareness hasn’t obviously showcased. Heatwave wrongfoots the listener into an indie-rock singalong, and the initially soulful synth-led Crying Wolf climaxes with an expressive, though unshowy, guitar solo.

The sonic adventurousness works, especially as more bombastic compositions match some of the more indulgent imagery, like 'I’ll wrap Orion’s belt around my neck and kick the chair out' (Heatwave), and as her most straightforward pop songs carry the lyrical immediacy that comes from lines like 'Blacked out on a weekday… / Knocked out on a weekend…' (Hardline). It brings to mind Bill Callahan’s sprawling discography: yes, the stripped back, voice-centred work draws attention to the stories told, but sometimes musical extravagance and experimentation can work as a honing device. Even when the words are swamped in reverb and distortion, they can be more keenly heard. So it is with Baker on this record – the fact it rocks only means lines like 'There’s no glory in love / Only the gore of our hearts' really hit.

Baker is a more sincere writer than some of her peers, but her lyrics are still endlessly quotable, from Sprained Ankle’s 'Wish I could write songs about anything other than death' (Sprained Ankle) to Little Oblivions' 'What if it’s all black, baby? / All the time?' (Hardline). The textures and styles may be different, but Baker’s voice and words remain the star. On slowcore closer Ziptie, as instruments grow large enough to fill a stadium, the production remains intimate – the focal point is still Baker’s voice, still the audible scratch of fingers sliding along a fretboard.

Baker’s work on previous albums Sprained Ankle and Turn Out the Lights tended towards the repetition of musical motifs that usually came from her sitting static at a keyboard or hunched over her guitar and effects pedal. The music is more kinetic on Little Oblivions but it’s the stories Baker is telling where repetition occurs – the repetition of destructive behaviours and how they hurt us and those around us. Baker returns to the idea of inevitability on multiple occasions – the feeling that we will continue to do the same things, again, that we hate doing but do anyway – even when trying not to.

'I won’t bother telling you I’m sorry for something that I’m gonna do again', she sings on Relative Fiction. And later, on a song actually called Repeat: 'Every night I reenact the same recurring dream / Now I’m stuck inside a vision that repeats'. This runs alongside expressions of worrying how it ripples out amongst those she loves, and the feeling of being both buoyed and pained when those people persist with you through those grim patches. 'It’s the mercy I can’t take', she says on the country-tinged Song in E. And 'How long do I have until I’ve spent up everyone’s good will?' on Favor, backed on vocals by her fellow boygenius members Lucy Dacus and Phoebe Bridgers, a literal showing of solidarity. 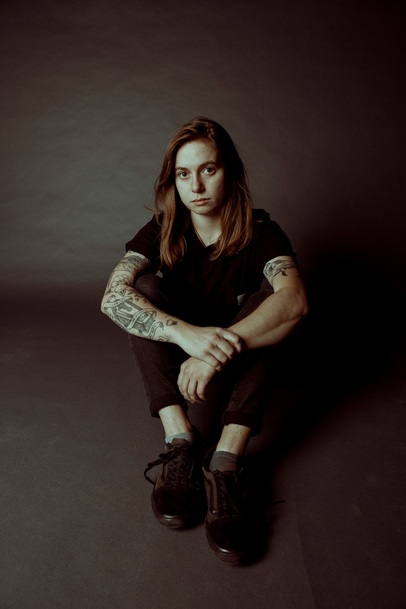 These themes are tied up in something Baker said in an interview with Rolling Stone when Little Oblivions was announced in October last year. She spoke of being conscious of not wanting “to construct a narrative of this sort of oscillating prodigal redemption.” DIIV’s Zachary Cole Smith was criticised for smoothing out the edges and tying recovery up in a neat bow with the album Is the Is Are, ultimately responding with the much darker and messier Deceiver a few years later, a course-correction which said that actually, no, this wasn’t an easy process. Baker’s artistic arc and how it intertwines with her experiences and honest accounts of addiction and recovery is similar in a way.

She has never shied away from the hurt and difficulty of those times in her past records, but in contrast with them, Little Oblivions isn’t preoccupied with the end point, with redemption. It’s more interested in the complexity and the wild peaks and troughs, and the fact that they all make a person. That idealised version of the self is not necessarily the only positive outcome, and that’s okay.

As she also said in that Rolling Stone interview: “The whole premise of so many of the songs [on Turn Out the Lights] were the two parts of the self facing each other, the antagonistic part, and the good, triumphant, idealistic part. It’s been a process of understanding those are the same person, and instead of overcoming and defeating and subduing this negative part, trying to mercifully assimilate that into your understanding of yourself.” On Little Oblivions' lead single Faith Healer, this paradigm is manifested in the song’s central figure, one who is split between belief and reality, hope and despair, faith healer and snake oil dealer. It’s a tidy image in a well-crafted album to sum up a songwriter wrestling with the different facets that make them whole.