By processing the physical and emotional pain she's experienced, FKA twigs’ new album MAGDALENE operates as a purging of all her heartbreak

FKA twigs’ gorgeous second album was birthed from pain and struggle, both emotional and physical. Come its end, MAGDALENE – the long-awaited follow-up to the polymath artist’s much acclaimed LP1 – presents a woman, shattered and rung out. Rung out by the prying eyes locked on an intensely public relationship and break-up, by the six fibroid tumours removed from her uterus, yet standing, resilient.

Finding strength in vulnerability, and the tug of war between contrastingly feeling powerful and helpless, angry and devastated, after heartbreak, has rarely been so well conveyed on record. Yes, it’s in twigs’ words, but it can be found in her tone, in the way a piano swells and sours. On home with you, vitriolic verses are delivered clipped and rhythmically: 'The more you have, the more that people want from you'. When the melody turns, and twigs’ expressive voice takes flight for the chorus – 'If you’d just have told me, I’d be running down the hills to you' – the piano aches with beauty and that form and structure disintegrate.

Nowhere is this more evident than on mirrored heart, one of a number of tracks that left us drained and pale, a shivering husk, on first listen. twigs proclaims pointedly: 'I’m never gonna give up', but it’s the one moment on MAGDALENE when she can’t help but let her anguish overwhelm. She sees other couples on the street – 'Lovers who found a mirrored heart' – settled, content. But she can’t feel happy for them: 'They just remind me I’m without you'. Even then, she knows that she was never committed to in all her facets, and she doesn’t deserve this pain. 'Did you want me? No, not for life / Did you truly see me? No, not this time / Were you ever sure? No, no, no, not with me'. Every 'no' a gut punch. 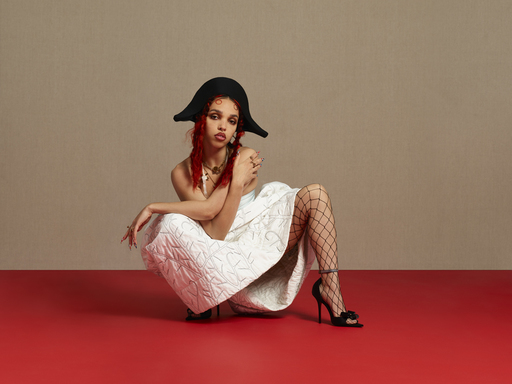 These are pop songs – sad day is a widescreen ballad – and they would be treated as such were it not for twigs constantly pushing the boundaries of her music, refusing to conform with traditional arrangements and peppering tracks with unpredictable sonic pathways. holy terrain, featuring Future, is the outlier, and it’s a total flex. A bizarro world trap banger that propels the narrative but seems to be included just to show that twigs can do it, and do it better than anyone else. It’s the only moment that doesn’t warp into something completely unexpected though.

The crux of MAGDALENE is twigs. Her voice – whether choral and operatic (thousand eyes), digitally manipulated (home with you), or bent from impeccable to strained in a single line (fallen alien) – is centred. Much will be, and should be, made of how this work ties into her experiences with her former partner, with her operation and ailments. But MAGDALENE is about a woman stepping out of the shadow of all that. It’s there in the record’s guiding light, the figure of Mary Magdalene herself, a woman constantly defined by the famous, influential man she chose to stand beside, and then defiled as sinful and a “prostitute” when he was gone, misremembered and denied her due. If it was a reality, she was at least his equal; a confidante, influential, powerful.

The album ends with its first single, cellophane, where this new pole-dancing, wushu-swinging twigs was reintroduced to us. It’s still as breathless and breathtaking as it first seemed. An artist doing, as she sings, 'a woman’s work', pleading not to have to share her love with anyone else. As twigs has said, “[I want] to make sure when I meet someone wonderful, it can be on my own terms.”