With production help from Q-Tip, and guest spots from a great cast of collaborators, Danny Brown returns with an album filled with high class raps and gravity-defying production

Danny Brown is not a chameleon – to say he is would suggest he blends into the background. He is larger than life, a shapeshifter. Better yet, when it comes to beats, he is an omnivore. He'll take whatever backing a producer throws at him, eat it up and spit it back out. In fact, he hunts down the weird.

Whether he’s waxing profane or recounting his storied past, on the sub-editor’s nightmare that is his new album uknowhatimsaying¿ Brown's affinity for rapping over some of the most inscrutable production in music remains, as does his ability to exist completely on his own plain.

Executive-produced by A Tribe Called Quest’s Q-Tip – who Brown credits with pulling him out of writer’s block – and starring a revolving cast, uknowhatimsaying¿ has Brown unable to sit still. Much like his previous record Atrocity Exhibition, moving from one mind-boggling canvas to another effortlessly. The noirish psychedelia of Change Up gives way to vintage crackle on Theme Song; he is equally comfortable rhyming off foul-mouthed sex-capades on the William Onyeabor-indebted Dirty Laundry as he is over jazz-funk fusion (with a little help from Flying Lotus).

Joined by provocateur of the moment JPEGMAFIA on two tracks, we get the best of both of his worlds: once with him at the motherboard manning a seasick rhythm (3 Tearz) and again providing a memorable hook (Negro Spiritual). Dev Hynes shows up to lend gravitas to the introspective Danny on Shine, and Nigeria-born Obongjayar’s husky rasp is a wounded spectre on the ghost train ride of Belly of the Beast.

Most dazzling is Brown’s ability to ride these beats – even those that verge on, well, beatless. His technical proficiency is a marvel. In fact, on the Run the Jewels collaboration 3 Tearz, Killer Mike and EL-P are fine, but they seem battle-drunk from fighting with production that refuses to stay still. The duo are no strangers to beats that defy the mainstream, but they’ve rarely been found on something so hazy and psychotropic. Brown utterly schools them.

If anything, uknowhatimsaying¿ is a little more controlled than Brown’s previous record, and perhaps that’s the experienced hand of Q-Tip exerting influence. It does nothing to besmirch the crown that Brown has already claimed as his own – as one of the best, and most boundary pushing, artists in the rap game.

Listen to: Belly of the Beast, Savage Nomad, Negro Spiritual 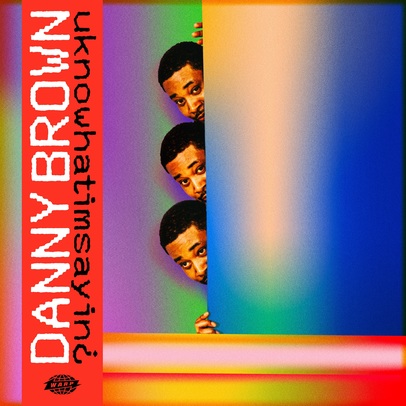