Ahead of the longlist for the 2019 Scottish Album of the Year (SAY Award) being announced at the Live at the Longlist event on Friday 26 July at The Queen's Hall, I (Tallah Brash) put together a Scottish special featuring an extended look at the SAY Award, past and future. At one point I was joined in the EH-FM studio by the biggest bee I've ever seen, and I generally had a very nice time playing a lot of great Scottish music.

Listen back to the show in the below Mixcloud player. Enjoy! 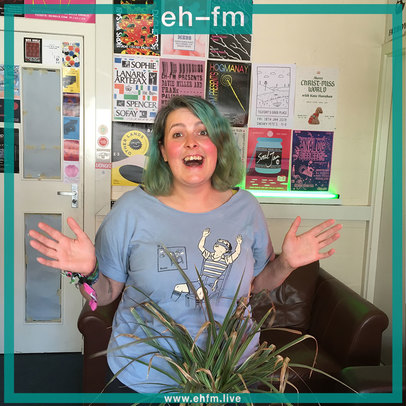 Live at the Longlist takes place at The Queen's Hall, Edinburgh, 26 Jul with performances from Kobi Onyame, C Duncan and Modern Studies, who will be performing alongside Idlewild's Rod Jones; Tickets available here

The 2019 SAY Award winner will be announced in a ceremony at Edinburgh's Assembly Rooms, 6 Sep; More info here: sayaward.com