Romance Is Boring celebrates ten years of existence with a reissue this month; we take a look at how the Los Campesinos! masterpiece is an unsung cornerstone of the emo revival

As the linchpin of the Los Campesinos! catalogue turns ten, there’s myriad ways in which band and fans alike can gauge the pace at which the past decade has zipped by. They range from the general – grey hairs, broken hearts, the relentless darkening of the political climate – to the specific: the gradual slackening of the group’s release schedule as day jobs and families have taken precedence, for instance, or the changing face of the indie rock world, one in which the factionalism and subcultures of the late noughties have slowly melted away. And then, over on their Twitter page, there’s their bio: “The UK’s first and only emo band.”

That might not be how the Cardiff outfit were describing themselves in January of 2010, and an exhaustive trawl through the reviews of Romance Is Boring from all of the usual online suspects suggests nobody else was, either. The very notion of an emo revival wasn’t being spoken of at that time, partly because those keeping it alive at basement shows across the US knew it had never gone anywhere, and partly because the mainstream outlets who would suddenly snap to attention three or four years later when the likes of The Hotelier, Foxing and Modern Baseball emerged from the trenches still had their backs turned. 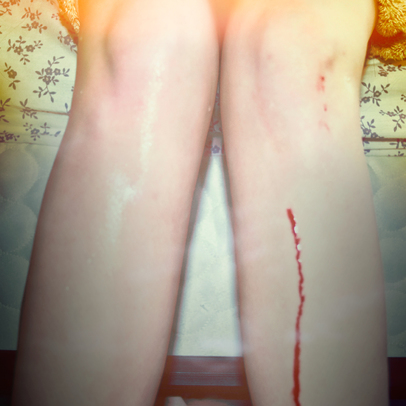 Still, as emo began to boom in popularity and stature again by the mid-noughties, reflections on how the genre had gotten there were not comprehensive in scope. There was rightful praise for the groundwork done by labels like Epitaph, Topshelf, Polyvinyl and Tiny Engines, for the fierce defence of the genre mounted by blogs like Washed Up Emo, and for the new musical trails blazed by Into It. Over It. and The World Is a Beautiful Place & I Am No Longer Afraid to Die.

Credit, too, was belatedly delivered to the nineties forebears who didn’t cross over the way Weezer and Jimmy Eat World did. American Football’s reunion felt like both the culmination of a slow-burning new interest in emo and the breaking of a different dam altogether, one that’s brought them to a new generation via millions of Spotify streams and the memeification of Never Meant.

As the thinkpieces piled up and the nods to the genre’s key players began to arrive from figures in the musical mainstream (Matty Healy and Lil Peep are cases in point), Los Campesinos! rarely cropped up, even when deeper dives into the scene were beginning to credit them as ‘grandfathers’. They were far from the only ones to slip through this particular net – from Snowing to The Brave Little Abacus to Algernon Cadwallader, there’s a litany of bands that walked so that the Joyce Manors and the Pinegroves of the world could run – and there’s no question that, even in the internet age, they must have been at a geographical disadvantage within a genre chiefly based on the other side of the Atlantic.

All of which is to say they’ve been done a considerable disservice, because Romance Is Boring has as much claim as any record to have been amongst the most influential of the raft that emerged at the corner of the noughties and the tens. Gareth David's trademark self-deprecation and his appetite for a tongue-in-cheek turn of phrase were carried over from Hold on Now, Youngster… and We Are Beautiful, We Are Doomed. Where previously his lyricism had been dictated by his own ideas of what other people thought the band was supposed to be, or what they felt it should represent, the bedrock of Romance Is Boring was suddenly an exposed-nerve rawness of emotion, one that simmered from start to finish beneath the oblique football references and the Heatonesque colloquialisms.

One of the hallmarks of the latest generation of emo outfits is the increasingly nimble toeing of the tightrope between candour and melodrama, a balancing act that represents Romance Is Boring’s biggest triumph. There’s gallows of humour lacing heartbreak’s bitter sting on Straight in at 101, and near-slapstick on In Medias Res, with David’s novel way of donating his body to science prefacing an admission of crushing jealousy. There’s a deftness of touch to that trick of offsetting unvarnished, ugly emotion with straight-razor wit; see also the wry depiction of sweeping romantic gestures on I Just Sighed. I Just Sighed, Just So You Know, which make the sweet intimacy of the chorus ('Just let me be the one that / Keeps track of the moles on your back') all the more cutting, or how disarming it feels when, suddenly, the mask's dropped on The Sea Is a Good Place to Think of the Future, a six-minute exercise in tortured stream-of-consciousness.

Romance Is Boring wasn’t ground zero for that ever-more-refined sense of droll self-awareness that imbues most of the new wave’s sharpest work, but it was the point at which somebody finally seemed to take genuine glee in proving that self-effacing sardonicism wasn’t something that needed to be handled tentatively. The idea that making it the bedrock of your work could enhance, rather than diminish, the emotional heft of it. With Romance Is Boring and, later, Hello Sadness, that was Los Campesinos!’ crucial contribution to the last decade of emo – even if, in terms of recognition, it still feels as if they haven’t quite cracked the metaphorical top 100.