In Memory of SOPHIE

As the world attempts to come to terms with the sudden and tragic passing of SOPHIE, we remember the musician, artist and all-round creative powerhouse

In the moments after the announcement of SOPHIE’s sudden passing on 30 January, social media timelines were awash with tributes to the late artist. Among those tributes, the same words kept popping up: visionary, pioneer, icon – such was SOPHIE’s mass impact on the lives of so many across the world.

SOPHIE died at around 4am on Saturday 30 January in Athens, Greece, aged 34, after an accidental fall. SOPHIE’s death was announced on Twitter in a joint statement by record labels Transgressive and Future Classic – the labels responsible for releasing SOPHIE’s Grammy-nominated debut album, Oil of Every Pearl's Un-Insides – in a statement that read: “Tragically our beautiful Sophie passed away this morning after a terrible accident. True to her spirituality she had climbed up to watch the full moon and accidentally slipped and fell. She will always be here with us.”

Shortly after the news broke, SOPHIE’s girlfriend, Athens-based DJ Evita Manji, shared a loving tribute on Instagram: “Sophie was a real angel, she was the sweetest, the kindest to every soul and everything around her… She was so curious about what is out there in the cosmos, I can feel her being happy and excited to explore the unknown [...] she’s an immaterial girl now, she can be anything she wants... and she is in everything around us.”

The day after SOPHIE’s passing residents of Glasgow-based club night Shoot Your Shot, Bonzai Bonner and Tiu Makkonen, hosted a virtual event on Twitch during which past Shoot Your Shot DJ sets were streamed and the chatroom was open for people to share memories of SOPHIE. Despite the short notice, 230 people attended the online event and were able to come together in some way to remember SOPHIE.

SOPHIE’s talent was undeniable, and vision unfaltered. From SOPHIE’s early releases on Glasgow-based labels Huntleys + Palmers and Numbers right through to Oil of Every Pearl's Un-Insides, and all the collaborations in between, SOPHIE’s stamp was firm on every release. It feels oddly fitting that just days before SOPHIE’s passing we were taken right back to where it all started, and gifted something of a swansong in the form of a new release on Numbers.

The new release features a five years in the making Autechre remix of SOPHIE’s 2013 breakthrough track, BIPP, and a previously unreleased track, UNISIL, made during the recordings for the 2015 compilation album, PRODUCT. In a special broadcast paying tribute to SOPHIE on Clyde Built Radio on 3 February, station head and Huntleys + Palmers label boss Andrew Thomson described Autechre as “SOPHIE’s idols” and said the remix “felt like a full circle, just in the sense of the connection between Numbers and SOPHIE and Autechre.”

Anonymity was key in the early stages of SOPHIE’s career. For a long time, nobody really knew who SOPHIE was and remixes of SOPHIE tracks were strictly forbidden, “unless it’s Autechre,” SOPHIE once specified, making that BIPP remix all the more poignant. It wasn’t until the video for It’s Okay to Cry – the lead single from Oil of Every Pearl's Un-Insides – dropped that SOPHIE fully let the fans in.

It’s Okay to Cry marked an important moment in SOPHIE’s career, both personally and professionally. It was the first time SOPHIE’s own voice and image had been used, announcing SOPHIE’s identity, and it led to SOPHIE coming out as transgender. It also led to SOPHIE’s breakthrough into the fashion world, with Creative Director of Louis Vuitton, Nicolas Ghesquière, commissioning an extended version of the track and video to accompany the presentation of the fashion house’s Paris Fashion Week-closing Spring-Summer 2020 Collection.

Oil of Every Pearl’s Un-Insides went on to be a massive global success and was even nominated in the Best Dance/Electronic Album category at the 2019 Grammy Awards. Watching the video for It’s Okay to Cry back now, its visuals of SOPHIE floating through clouds and space accompanied by SOPHIE’s insistence that it’s okay to cry feel, in some way, comforting for many of us attempting to process SOPHIE’s sudden and tragic passing.

SOPHIE changed the landscape of music and pushed the boundaries of what pop music could be. That’s why those three words flooded our timelines after the announcement of SOPHIE’s passing.

SOPHIE was, and always will be, a visionary, a pioneer, and an icon. SOPHIE was taken from this world far too soon, but SOPHIE’s legacy will live on in the music of the many artists SOPHIE inspired and in the hearts of all those who connected with SOPHIE, in one way or another, throughout SOPHIE’s brief but incredibly bright life. 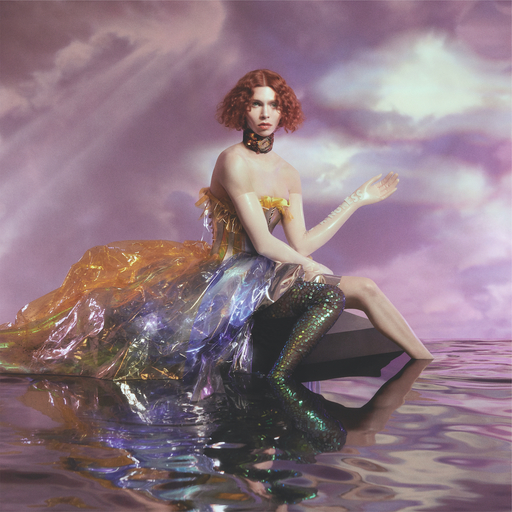