Solange's fourth album, When I Get Home, is a love letter to Houston – a home, a place and a people she belongs to, and one that there is goodness in returning to

'I saw things I imagined', Solange repeats, mantra-like, at the beginning of When I Get Home. Her words conjure the twilit state we are entering, somewhere between wake and sleep, reality and vision. It acts as a doorway to a home that is somewhat apocryphal, a cocktail of solid things anchoring us to a physical place – for Solange, it's Houston, Texas, and the neighbourhood of Third Ward where she grew up – mixed with stories and half-remembered thoughts, which for her has been described as a “Houston of the mind.” This is where we are at the beginning of When I Get Home. The record isn’t the journey home; we’ve teleported there in an instant. For the next 39 minutes, Solange lets us swirl in her daydream as she stretches and remoulds what we perceive.

After the purposeful and fully-formed A Seat at the Table, for many first-time listeners When I Get Home seemed impressionistic, even ungainly. It offers no easy answers, no through line. As Solange entrancingly does with words, phrases and images many times across its length, it bears close and repeat listening to tease out its most precious of riches. It brazenly eschews genre – there's R’n’B, rap and hip-hop, neo-soul, jazz fusion, pop, funk, new age, dub, trap, reggae, ambient and environmental music, songs that flow and others that are chopped and screwed, and that’s not even a finite list – but also format, even time, and especially expectations.

When I Get Home reaches for new, afrofuturistic dawns, while seeking defiant reclamation of 'black-owned things'. Solange even pre-empted and informed, or at least was in touch with the rise of, the Yeehaw Agenda, depicting black cowboys in ten gallon hats and boots with spurs before Lil Nas X was riding his horse down the old town road. All of this wrapped up in the imagery of an accompanying film and mesmerising, elaborately choreographed live performances. As she states during the interlude Can I Hold the Mic: 'I can’t be a singular expression of myself / There’s too many parts, too many spaces / Too many manifestations'. Solange, the auteur.

Its mystic and vaporous construction imbues When I Get Home with a fluidity, but, as she puts plainly, Solange does 'nothing without intention'. References to a highway bypass here (S McGregor), and a looped overpass there (Beltway), keep us orientated. As do perfectly utilised features for voice (Gucci Mane, Tyler, the Creator) and production (Pharrell, Panda Bear), many of which appear just fleetingly to provide further density, similar to Solange’s much more famous sister when she appeared on Frank Ocean’s Blonde.

Most successful of these is the deployment of the playful and distinctive vocal of Playboi Carti on Almeda, the record's longest and best track. It's also the most direct comment on our current social and political moment, and so the most obvious call back to A Seat at the Table. But again, its effectiveness lies in its hypnotic qualities and spirituality, Solange declaring: 'Black faith still can’t be washed away'.

Having bathed in its unwavering experimentalism, we're left with Solange’s love letter to Houston – a home, a place and a people she belongs to, and one that there is goodness in returning to. In an interview with WePresent, she illuminated this straightforwardly: “Even when I was actually home sometimes in the physical sense of dwelling, I still felt like I wasn’t home in my body and my spirit, and returning to Houston started to answer a lot of these questions for me. I still have a real issue with sitting my ass down in one space, but I recognized [sic] how much of me was grounded in the city and how there are parts of me that are just so damn Houston that I feel really proud of.”

Many who listen to When I Get Home will find meaning in a direct way – those who grew up in America’s black neighbourhoods and how it shaped them. For others, Solange’s experience could not be further from their truth. However, young people are now, more than ever, becoming detached from the idea of home. We are nomadic, opportunistic, and often the odds are stacked against us ever establishing a home of our own. Many have fallen out of love with the home they grew up in. Solange’s fourth album shows that our homes are those muddled, idealistic remembrances just as much as they are what is physically there. Combined, home becomes something more cosmic. And that is what will always draw us back. 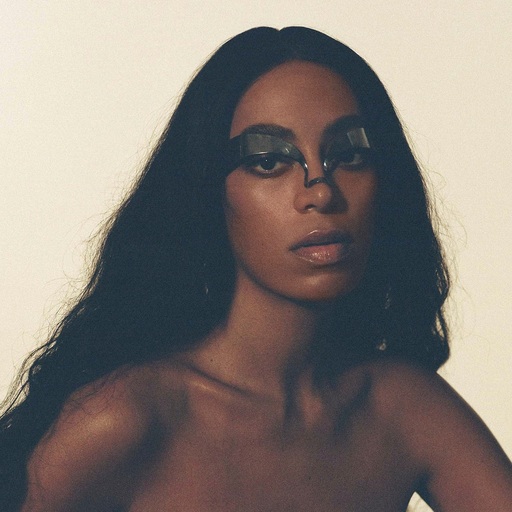 When I Get Home was released on 1 Mar via Columbia