The most impressive thing about Lizzo's third album, Cuz I Love You, is its message of body positivity and self-love

Put simply, Cuz I Love You is magical. It’s an incantation that you draw around yourself on the bad days for protection, and a blessing that you bestow upon yourself on the good ones. After having ingested the whole thing – and then gone straight back to the beginning to listen over and over and over again – anyone who listens to it will have no choice but to love themselves. That is the power of Lizzo. She descends as if on a fluffy white cloud straight from heaven, an emissary of the powers that be, to tell you with force, humour, and an absolutely beautiful lack of apology, that she loves herself and therefore so should you.

The most impressive thing about this album is its message of body positivity and self-love. The more you listen to it, the more the album becomes a gospel, words to live by. Soulmate is an anthem to be repeated in your darkest moments until you really believe it. Jerome is a powerful middle finger to anyone who’s ever done you dirty in love, and a reminder that you simply don’t have to take it.

There's an intelligence in this positive message, shaded with a nuance that acknowledges that self-love is difficult, and sometimes you won’t always manage it. Cuz I Love You, Crybaby and Heaven Help Me are Lizzo’s moments of vulnerability where she lays her heart down on a slab before her, presenting it to us and not caring what we do with it. These moments are all too recognisable for anyone who has ever let themselves be lost in the heady throes of intoxicating love, and it’s a welcome reminder that self-love takes work, and encompasses these vulnerable moments to make you stronger when you need it.

Musically, Cuz I Love You is a chorus of bombastic production and forceful grooves. The pop sensibilities of songs like Juice and Soulmate are cleverly tinged with elements of soul and funk. The hyped-up R'n'B banger Tempo, featuring the legend Missy Elliott, is a triumph of the album, harking more back to the sounds of Ain’t I and En Love from 2015's Big GRRRL Small World.

One track that deserves mentioning, and that has become slightly lost in the discourse around this album as the focus stays with the extroverted beats of lead single Juice, is Lingerie. It's D’Angelo-esque in its sensuality and closeness; the image conjured by the frankness of the lyrics so intense it makes the listener a fly on the wall: a position that is half-cheerleader and half-voyeur in this case. By treading these lines, Lizzo conjures a realistic picture of relationships that moves beyond grand gestures and melodrama to show intimacy as something as everyday and mundane as waiting expectantly for your partner to come home. It’s a gentle reminder that the grand romantic narratives are built on moments like these, and they're to be cherished wherever we can find them.

While her debut, Lizzobangers, came out in 2014, Lizzo's third album Cuz I Love You is her definite breakthrough. But as she says in her live shows, she’s been making music like this since the beginning – it’s only just hitting a nerve in 2019 because the world needs her message now more than ever. It’s a sad truth that before now it simply wasn’t conceivable to have a big black woman singing onstage in a leotard, not ashamed of herself or her body, performing to thousands upon thousands of screaming fans.

The message of self-care on Cuz I Love You goes deeper than the stereotypical and insidiously misogynistic one that we’re fed by social media: that self-care is frivolous and extends only to spa days and sleepovers. On Cuz I Love You, Lizzo reminds us that in this day and age, self-care is a radical process that involves a constant re-evaluation and reexamination of everything we’ve been told from day one. Anyone can love themselves, but it takes dedication when everything says that nothing about you is good enough. Cuz I Love You is that voice shouting out from the back of the class to challenge the teacher, saying 'Hey, don’t listen to them. Yes, you are!' 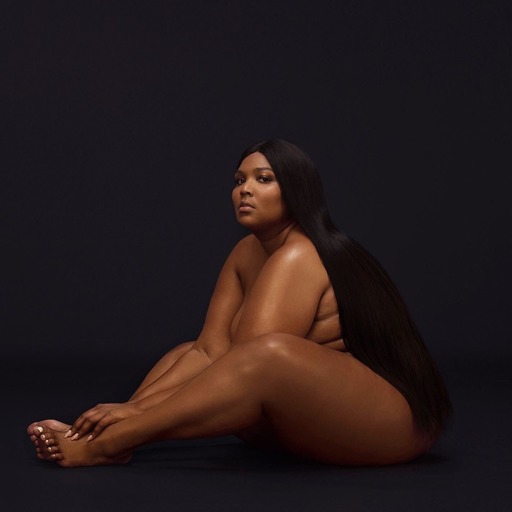