On Ghosteen, The Skinny's favourite album of 2019, Nick Cave has found the tools, philosophy and creative direction for his grief

Starting out in the nascent post-punk scene of the late 70s, Nick Cave quickly moved toward the fringes of whatever was en vogue. His willingness to experiment and reinvent has gifted his music a timelessness based around superlative storytelling and inspired arrangements. However, despite the emotive core that has remained the one constant in his work, his deeply allegorical bent and incorporation of traditional material has often led to a certain level of personal inscrutability.

The tragic death of his 15 year-old son Arthur, in 2015, changed this. Skeleton Tree, the album being recorded at the time, was mostly already written, but it became imbued with a crushing shadow of anguish, its meditations on death and loss affected in the wake of such monumental rupture.

Ghosteen is ostensibly the final part of the trilogy that began with Push the Sky Away in 2013. Yet, the events surrounding its composition mean that it is much more of a standalone work. It shares much of the same tone as Skeleton Tree, and draws from a similar sonic palette (woozy, droning synthesizers and fragmentary piano), but the depth of austere reflection makes it an unmatched totem in a long history of art that seeks to catalogue and reconcile grief.

Spinning Song opens the album with some allegorical rumination about Elvis Presley, but, as with much of the album, Cave's musings on legacy can easily be applied to his son. The outro tries to will patience into existence with a repeated mantra – 'peace will come in time' – but it isn't until the end of the album that the notion of peace is really contextualised.

Bright Horses is one of the most straightforwardly beautiful songs ever penned by Cave (or anyone, really), but it's a lyrical dead-end as he moves back and forth between wishing for an Elysian dreamscape (with 'bright horses of wonder springing from your burning hand'), admitting that 'horses are just horses' and finally giving in to the ambiguous hope that 'my baby's coming home'. It's an insight into Cave's chaotic internal monologue, another common facet of Ghosteen, and one that gives credibility to the claim that listening to the album is akin to watching Cave tackle his grief in real time.

The title track is the first of the so-called 'adults', the previous eight being the 'children', and finds Cave more certain in his aphorisms ('There's nothing wrong with loving something / You can't hold in your hand'), now able to 'possess' the twirling, dancing ghosteen that he could only find glimpses of in Bright Horses. It's the beginning of what could be considered the acceptance stage of the album: there are intimations of clarity and resolution, but it is ultimately empathy and understanding that can bridge the path to peace.

Fireflies is a short(er), spoken word piece that continues the theme, admitting that although 'we are fireflies a child has trapped in a jar', a less metaphorical truth cuts through the noise: 'we are here and you are where you are'. Blunt as it may be, there's comfort in acceptance and Cave's voice even sounds less tremulous than it frequently does in the record's first half.

The lyric here was originally found in the first issue of The Red Hand Files, a website that allows fans to ask questions to Cave directly, in discussion about the process of writing in the aftemath of loss. It was a breaking down of barriers that was continued on Cave's Conversations tour this year, a startling level of open intimacy between fan and artist, even in our age of instant social media connection.

Cave has largely abandoned his deep narrative style over the last two albums, but it comes roaring back in the final, powerful Hollywood. Two distinct sections are split with the sudden moment when 'The kid drops his bucket and spade / And climbs into the sun' and the arrangement's ensuing collapse, experimental in style and cataclysmic in scale. From there, Cave relates the story of Kisa Gotami, who reaches out to the Buddha after losing a child. She's told to collect mustard seeds from each house where no-one has died. In her failure to do so she realises that mortality and grief are universal, and subsequently begins her journey to Arhatship (Enlightenment).

It's a profound and striking end to the album, and the trilogy as a whole, returning to allegory as a means of understanding, though the veneer of biography is gossamer-thin. Cave may have found the tools, philosophy and creative direction for his grief, but his final words on the album admit that understanding doesn't extinguish pain: 'And I'm just waiting now, for peace to come / For peace to come'. 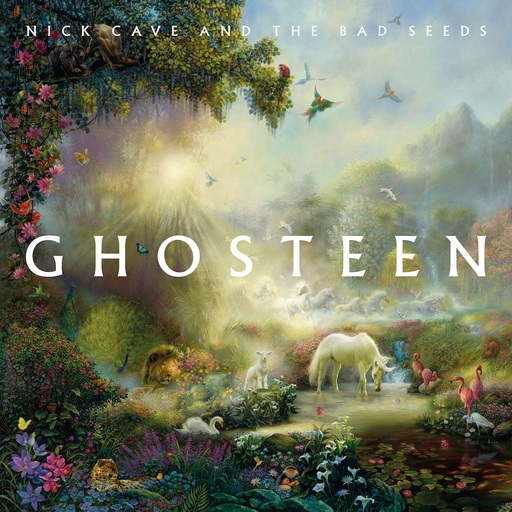