The production quality of Car Seat Headrest's rerecorded version of 2011's Twin Fantasy adds to the clarity of the overall music, while its concerns and revelations are as complex and timeless as ever

Twin Fantasy was the sixth album Will Toledo released under the Car Seat Headrest moniker, when he was 19, in 2011. It was the first album that he recorded as an actual album, rather than simply a collection of songs he'd recorded most recently, a conceptual treatise on a relationship Toledo was in at the time. Last year, with the backing of Matador Records and a full band at his disposal, he decided to revisit the songs that helped cement his early cult status. The result was this February's Twin Fantasy (Face to Face), a complete rerecording of the aforementioned album with a certain amount of lyrical and instrumental tweaking.

The emotional resonance of Twin Fantasy hasn't dimmed in the slightest over the intervening seven years, nor is it likely to any time in the future, and the album only serves to demonstrate that Will Toledo's gift for intricate storytelling and writerly panache isn't something that just appeared when he signed with a label. The level of detail and feeling that is poured into these ten songs is nothing short of astounding, while the obsessive fervour that the narrator affords the nameless character borders on monomaniacal.

Beach Life-in-Death was the first single to appear from the album back in December 2017, and its twitchy energy and restless tension are the beating heart of the whole album. It's the first glimpse into the loathsome misanthropy that binds the couple throughout ('We said we hated humans / We said we wanted to be humans') and the crushing anxiety that can come with infatuation ('It's not enough to love the unreal / I am inseparable from the impossible / I want gravity to stop for me / My soul yearns for a fugitive from the laws of nature'). The song also contains one of the creepiest/loveliest lines ever written, depending on your perspective: 'When they put their lips around you / You can feel their smile from the inside.' 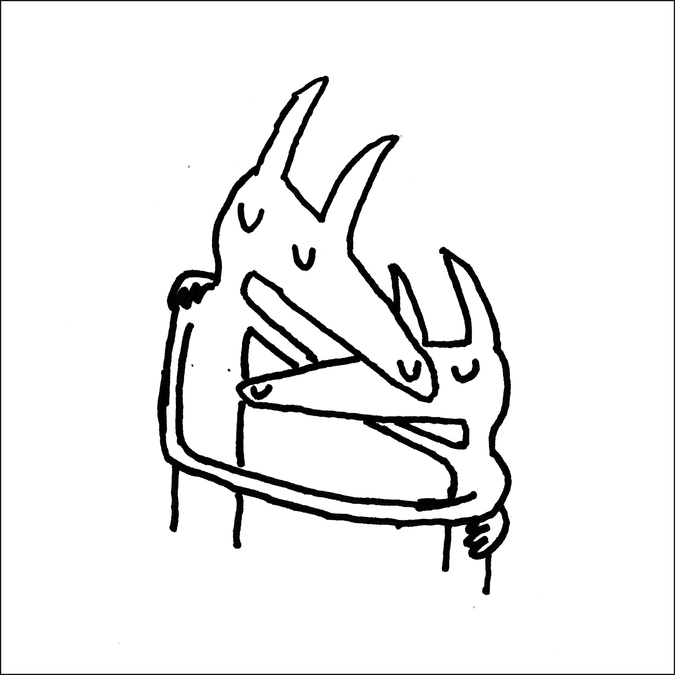 The main benefit of this rerecording is that the improved production brings Toledo's vocals into sharper focus – undoubtedly the main draw of the record. But there are also lyrical changes that provide interesting insights into the development of Car Seat Headrest. Nervous Young Inhumans has undergone the most drastic changes, with the chorus completely overhauled and a spoken outro musing on the nature of good and evil (or lack thereof) and the ways in which touring can mess with your perception of time, rather than the nervous, bumbling sentimentality of the 2011 version.

Cute Thing is still the most straight-up romantic rock song on the album, though when lamenting his own lack of natural prowess Toledo has switched the names of Dan Bejar and John Entwistle in favour of Frank Ocean and James Brown, giving a good indication of his more contemporary influences. It can't be said that every change is uniformly successful or welcome; Famous Prophets (Stars) incorporates elements of an old CSH song and adds a piano interlude to take it up to a meaty 16 minutes, and its spoken interludes get a little wearing this far into the record. However, whatever your opinion of the changes made, they weren't done flippantly and can therefore be seen as representative of where Toledo is in 2018 with regard to this album.

Given the sheer volume of recurring motifs, internal references and hidden easter eggs that appear across the Car Seat Headrest discography, Twin Fantasy (Face to Face) can be viewed as the ultimate, overarching example of Will Toledo's proclivity for meta-textual tinkering. Its very existence was always going to provide hours of entertainment for the CSH hardcore when it comes to parsing and reinterpreting the differences. But what makes it one of the best albums of the year is that the lyrical content is still just as prescient as ever in its exploration of interpersonal neuroses and existential ennui. While the production quality adds to the clarity of the overall music, its concerns and revelations are as complex and timeless as ever.