Courtney Barnett's Tell Me How You Really Feel was a bold return to form from the Australian artist, showing no signs of difficult second album syndrome

When Melbourne musician Courtney Barnett rocked up into our peripheries in the Spring of 2015, she was branded a “refreshing anomaly”. It’s a fair assertion considering the previous year’s highlights were far more left field, with the wonky pop of FKA Twigs and giant hits of hip-hop supergroup Run The Jewels topping the year-end lists. Barnett’s debut, Sometimes I Sit and Think, and Sometimes I Just Sit, wasn’t an unfamiliar sound, but it ushered back in the doleful jangle of her grunge-forefathers with open arms. Many branded Barnett under the ‘slacker rock’ title but it’s unfair to suggest her songwriting craft is lacklustre. Instead, this is an artist that prides herself of the minutiae of the every day, and coins these stories artfully through that trademark wit.

Fast-forward three years then, and just four months after her tag-team album (Lotta Sea Lice) and tour with Kurt Vile, Barnett unveiled the lead single from her sophomore release, Tell Me How You Really Feel. Clearly not one to be affected by the difficult second album syndrome, Nameless, Faceless was a biting cuss at internet trolls – one in particular who apparently spawned in a comments section to the guitarist, “I could eat a bowl of alphabet soup and spit out better words than you,” to which she matter-of-factly responds, “But you didn’t.” The chorus – gleaned from a reference in Margaret Atwood’s Handmaid’s Tale – while not as dystopian as you’d think, feels poignant in the wake of #MeToo and some of the biggest sex scandals across the globe: 'I wanna walk through the park in the dark / Women are scared that men will kill them / I hold my keys / Between my fingers.'

It was a bold return, made bolder still by the recruitment of alt-rock icons Kim and Kelley Deal of The Breeders, who provide backing vocals on the single as well as album number Crippling Self-Doubt and a General Lack of Confidence (it’s fitting to note for an introvert like Barnett that the only time the album title is referenced within a song, it isn't sung by her but by the Deal sisters in that track). After inviting Barnett to contribute to the band’s reunion record All Nerve, Kim insisted on returning the favour: “I owe you some vocals,” she told Barnett. Confessing to Louisville radio veteran Kyle Meredith, Barnett admitted she’d only begun listening to the iconic foursome in her early 20s but that the timing couldn’t have been more perfect: “[The Breeders] were a bit of a late discovery for me, but I think music always comes to you when it’s supposed to, when you need it somehow.” 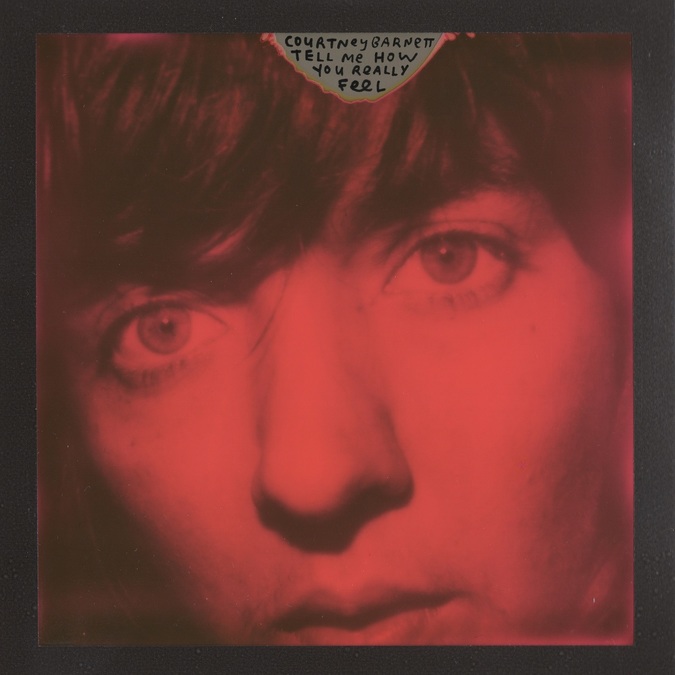 That’s fairly true of Tell Me How You Really Feel – alongside its cultural cornerstone nods, it also offers a lot of self-reflection. Chugging singalong Need a Little Time finds Barnett contemplating the intimacy of constant online connectivity: 'I don’t know a lot about you / But you seem to know a lot about me.' Walkin' on Eggshells is similarly cautious, as she plays out the balance between self-expression and backtracking for fear of being misunderstood: 'You know what I mean? Not really, it seems'. And, much like Sometimes I Sit and Think's Pedestrian at Best’s sombre takeaway amongst fuzzed out guitars asking for a little forgiveness ('Put me on a pedestal and I’ll only disappoint you'), she’s quick to reinforce to her fans that she’s 'not claiming I'm some patron saint.'

Of course, we shouldn’t give artists God-like tiers to preach from, but against a backdrop of women finally speaking out, this record does ask a direct and important question: Tell me how you really feel? Scroll through Barnett’s website and you’ll find thousands of people have done just that, as the homepage swells with a running commentary from fan-inputted hopes, fears and insecurities. It’s a stark realisation that sometimes we all need to open up, even if it doesn’t quite come out how we expect it to. We should all cut ourselves some slack. After all, that doesn’t mean we aren’t busy making waves – Barnett is testament to that.

Tell Me How You Really Feel was released on 18 May via Milk! Records, Mom + Pop Music and Marathon Artists