The great feminist and civil rights activist Audre Lorde famously said: “Caring for myself is not self-indulgence, it is self-preservation, and that is an act of political warfare.” Her words ring as true in 2018 as they have at any point in history: greed is regarded as a virtue, mass consumption is encouraged though it's destroying the planet, and fascism is again on the rise. For Lorde, attempting to resist the systemic pressures imposed by a toxic capitalist system through self-love was a revolutionary act. It's an idea that deeply resonates with IDLES, a five-piece from Bristol with big ideas about music's role as a form of protest.

Their second album, Joy as an Act of Resistance, is pretty much as on-the-nose as it sounds, a rowdy and assertive punk record that rails against everything from toxic masculinity to consumerism to British nationalism. We say 'punk' – a term Talbot “didn't care about” when The Skinny spoke to him in August and one he's now rejected entirely – but that refers more to frontman Joe Talbot's defiant tone than anything else. The band might stylistically resemble cult post-hardcore acts like Mclusky and Million Dead, but they're nowhere near as cryptic or abstract in terms of lyricism.

IDLES aren't particularly interested in beating around the bush because their goal is to connect with the listener on a primal level. As Talbot told us in our interview: “It's about tapping into the consensus and writing diegetically.” It's partly why the band prefer to describe themselves as “passionate rather than angry.” IDLES are shouty and riffy in their approach, yes, but their perceived rage is driven primarily by empathy. The opening salvo of Television typifies this message best: 'If someone talked to you / The way you do to you / I'd put their teeth through / Love yourself'. 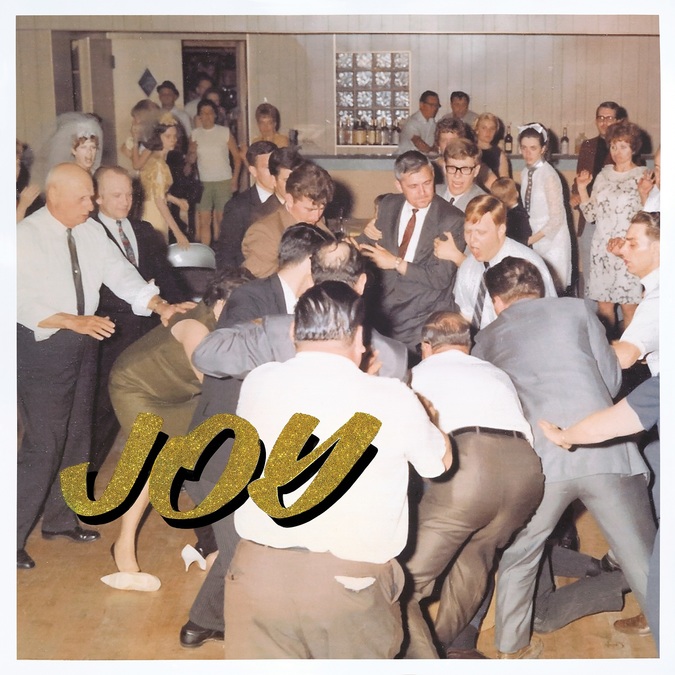 Incitements of rebellion by rock musicians tends to feel clichéd and meaningless, visceral statements of machismo designed to appeal to angst-ridden adolescents. IDLES instead call for vulnerability and, most importantly, they practice what they preach. On I'm Scum, they wear their snowflake status with pride ('I'm lefty, I'm soft / I'm minimum wage job') and they express solidarity with "beautiful immigrant" pals on Danny Nedelko. The heartbreaking June deals with the death in childbirth of Talbot's daughter ('Baby shoes for sale, never worn') and his proclamation on Samaritans that masculinity is 'why you never see your father cry' is absolutely shiver-inducing in its powerful delivery.

IDLES aren't necessarily the first band to convey these sentiments, and acts as diverse as Loyle Carner and Sleaford Mods can testify they're part of a wider generation of openly political working-class artists emerging in the UK. However, there's a power to IDLES' modus operandi. As a record, Joy as an Act of Resistance is extraordinarily well paced. Bursting out the gates on Colossus and Never Fight a Man With a Perm, guitarists Lee Kiernan and Mark Bowen are shown to have serious technical chops. They've been compared to 80s post-punk groups like New Model Army due to their intense, engine-like rhythms – perfect for the more reflective mid-album cuts – but closer Rottweiler shows they're equally as adept at thrashing out.

It's this combination of intelligent structuring, punchy songwriting and unifying messaging that make it one of the best albums of the year. Rather than sour the points they're trying to impart, their brutal sound only makes them more compelling – to them, protesting against injustice in a monolithic system is exactly what rock music is about. The band's call for self-care isn't an endorsement of capital-fuelled individualism but a rousing cry for collective resistance against such a concept. The tunes may be rumbling and menacing, but IDLES are ultimately as interested in their music bringing humans together as they are in anarchy in the UK.