Mitski channels sadness into euphoria in a way few others can, and the songs on Be the Cowboy will have you dancing through the pain

Nobody has been pining for a kiss this year more than Mitski Miyawaki. Once again teaming up with longtime producer Patrick Hyland, for her fifth album Be the Cowboy, Mitski has simultaneously managed to make her grandest and saddest record to date, and it’s undoubtedly her best yet.

Mitski channels sadness into euphoria in a way few others can, and the songs on Be the Cowboy will have you dancing through the pain. Each track is short and sharp, with only two exceeding the three-minute mark, and the album as a whole only amounts to just over 30 minutes, but Mitski manages to pack in plenty of impact in that short time. Told through the lens of a fictional character – inspired by Isabelle Huppert’s character in The Piano Teacher – Mitski embodies the role of a dissatisfied, repressed wife, who is at odds with her wants and desires.

The haunting opener of Geyser establishes this new sounding Mitski straight away in an album that's equal parts dramatic and intimate; youthful yet mature. What we’re used to hearing from her is still very much there in the fragility of the lyrics and the experimental song structures, and Be the Cowboy is still an exceptionally sad record, although shrouded in upbeat melodies.

There’s an awareness from Mitski throughout that she is very much the architect of her own isolation. 'Sorry, I can’t take your touch / It’s just that I fell in love with a war,' she sings on A Pearl; on Remember My Name, she asks, 'Just how many stars will I need to hang around me / To finally call it heaven?' Why Didn’t You Stop Me? is an ode to pushing the ones we love away, and the feeling of frustration when they don’t try to win us back. 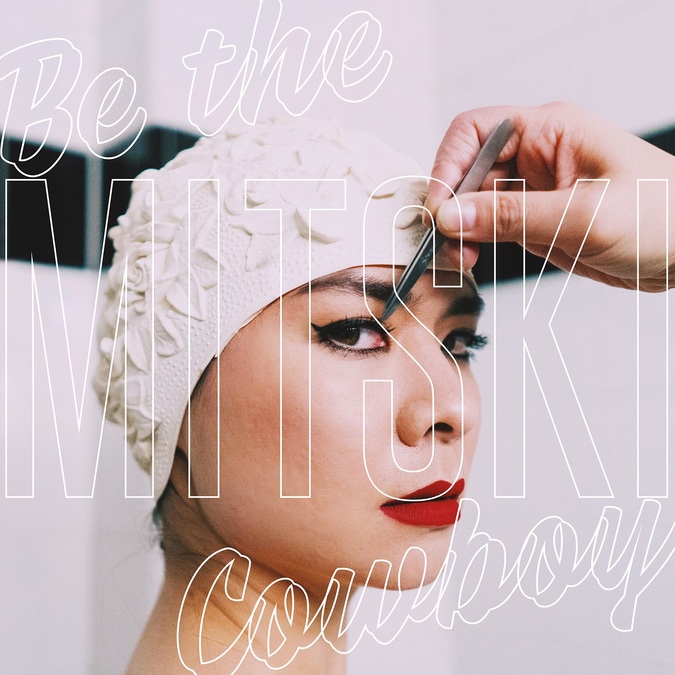 On Lonesome Love, she gives us one of the most heartbreaking lines of the year ('Walk up in my high heels / All high and mighty / And you say, "Hello" / And I lose'), swiftly followed by one of the most cutting ('Cause nobody butters me up like you / And nobody fucks me like me'). As the album reaches its halfway point, Mitski lets out a deep sigh before the drums kick in on Me and My Husband. The track is not only at the centre of the album physically, but it’s also its emotional core, where our understanding of the character she is channelling reaches its peak.

The juxtaposition of sadness and euphoria is then taken to its most extreme point on Nobody; its disco-leaning melody making it infectiously danceable, but its lyrics remaining extremely vulnerable. 'Still nobody wants me,' Mitski sings before leading into the powerful chorus, repeating the word 'nobody' in alternating tones, some hushed and others belted out; the variations in pitch all contributing to a sense of emotional instability.

Nobody also serves as the introductory point for a running lyrical theme: longing to be kissed. 'Give me one good movie kiss / And I'll be alright,' she pleads and then continues to long for in three more of the album’s tracks: Pink in the Night ('I know I’ve kissed you before / But I didn’t do it right'), Washing Machine Heart ('I’m not wearing my usual lipstick / I thought maybe we would kiss tonight') and Blue Light ('Somebody kiss me, I’m going crazy').

Although told from an external perspective, the album is essentially semi-autobiographical. Mitski may be playing a character here, but she’s only really using it as a means of exploring certain aspects of herself. There are allusions to the loneliness of being a touring musician and the pressures that come with fame, but mostly the record focuses on this push and pull relationship with romance and love – the initial longing for it and the inevitable dissatisfaction when it doesn’t live up to the ideal.

Mitski captures the essence of female desire, and the anxieties that come with it, so accurately on Be the Cowboy; the idea that you can have such deep burning passions but have no idea how to express them. All that internal turmoil she has explored on her previous albums has finally reached boiling point, and she’s never sounded so free.

Be the Cowboy was released on 17 Aug via Dead Oceans