When LCD Soundsystem called it quits in 2011, it was a huge shock to the music world. Bowing out at the height of your success and popularity is not unheard of, but it's a bold move, to be sure. It does, however, allow a band to control the narrative of their own legacy, rather than slipping into mediocrity or obscurity.

Coming back after an absence is a decision much more fraught with difficulty and anxiety. What if the musical landscape has evolved and left you behind? What if you were part of a particular moment in history, a moment that's irretrievably disappeared?

The comeback shows of 2016 proved that LCD were still a force to be reckoned with live, but a new album after time apart is a whole different prospect. For every m b v or Slowdive, there's an Indie Cindy, Chinese Democracy or The Weirdness. LCD may not have been away as long as those artists, but seven years between albums is a lifetime in the digital era, where music is so often treated as an ephemeral commodity.

Fortunately, for band and fans alike, any feelings of trepidation were quickly swept aside by American Dream, a record that is ruminative, melancholic, nostalgic, but never less than masterfully triumphant. A success story like no other in 2017. That they've also managed to have both the best album and the worst cover art in the same year is just another arrow in their quiver.

Expectations were raised after the release of Call the Police and American Dream as singles back in May, but it wasn't until the full package became available on 1 Sep that the return of LCD was fully realised. American Dream can be separated into its constituent parts and analysed in depth, but each moment is in service to the greater cohesive whole, to a 68 minute treatise on the state of the American Dream in 2017, via James Murphy's psyche. 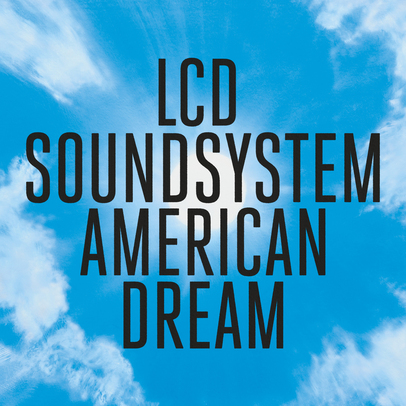 Never one to hide their influences, American Dream sees LCD proudly pilfering from their usual sources; Brian Eno, Talking Heads and Berlin-era David Bowie, but also injecting a little Suicide into the mix (Oh Baby's laconic croon and metronomic click is maybe one degree of separation from Dream Baby Dream). Murphy's delivery has always been an amalgamation of his heroes but, while previous albums may have been mostly indebted to David Byrne, it's a weary, drawling Lou Reed approximation that permeates American Dream. These influences also ensure it is also the most 'New York' record of the year.

Murphy has been a snobbish elder statesmen from day one (Losing My Edge), but fifteen years on there's a wistful twinkle to his invocations. Where the self-awareness was once an insular, indulgent facet of his lyricism, Murphy has grown over the course of LCD's career, accepting his position and privilege, but also his limitations: 'You made me throw up hands up at my own traditions / And then you had a laugh at my inhibitions'. American Dream is LCD's most ego-less album, allowing it to bask in both the macro (Tonite, Call the Police) and the micro (I Used To, Emotional Haircut).

The micro is explicitly visited on How Do You Sleep? The Beatles-referencing track is used to document aspects of the deterioration of Murphy's relationship with former DFA owner, Tim Goldsworthy, with devastating lines like 'I must admit I miss the laughing / But not so much you' (the blow hits especially hard after the jocular previous line about being left 'amid the vape clouds').

How Do You Sleep? is arguably the album's centrepiece, but its true masterstroke is the twelve minute closing track, Black Screen. In it, Murphy candidly details his feelings surrounding the passing of his friend and mentor – 'You fell between a friend and a father' – David Bowie. Murphy was originally supposed to help produce Bowie's final album, Blackstar, but the pressure was too much for him and he eventually just contributed percussion on two tracks. Murphy is disappointed in his own lack of self-belief, but also in awe at the friendship he had with Bowie; 'Been saving email trails... I read them back sometimes... Your quick replies / Made me high'. It's a sad note to end on, but the 'You could be anywhere / On the black screen' refrain that closes the album acknowledges Bowie's presence as both a lasting cultural icon and profound influence on LCD Soundsystem.

American Dream is both a highlight reel and a reinvention for LCD, paying tribute to their idols by taking what they have given the world and reimagining and repackaging it for the next generation. Their penchant for capturing the zeitgeist remains unmatched and while most bands are struggling to stay relevant in an oversaturated marketplace, LCD breeze past the competition by refusing to bend to contemporary trends, instead setting the mould themselves.

American Dream was released on 1 Sep via DFA / Columbia https://lcdsoundsystem.com/