At the end of last year Doune the Rabbit Hole had us excitedly looking forward to a summer's weekend away in the lush surrounds of the Cardross Estate, with an initial line-up that included Belle & Sebastian, Pussy Riot, Dry Cleaning and Martha Reeves and the Vandellas.

While the final line-up announcement brings with it a bout of sadness (due to a wider contractual issue beyond the festival’s control, Reeves and co will no longer have us Dancing in the Streets of Stirlingshire), it seems there'll be still be a whole heap of dancing taking place across the July weekend with the likes of Dan Deacon, Snapped Ankles and Nadia Rose all joining the bill.

Despite the recent departure of the big clock-donning Flavor Flav, joining Belle & Sebastian in one of the festival’s top spots are the inimitable Public Enemy (Radio), who will headline the Friday night, while wordsmith extraordinaire and Mercury Prize nominated artist Kate Tempest will have you on the tips of your toes in the Sunday night slot. 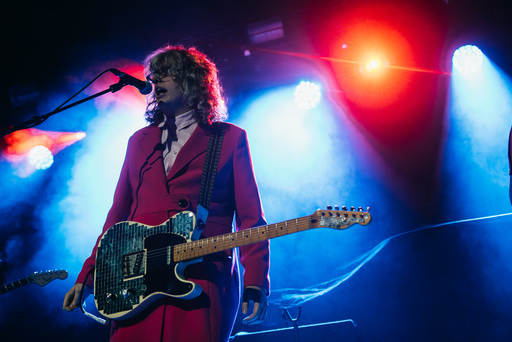 It’s not all about the music at Doune either; the Douniversity returns after the success of its first year in 2019. Of this year’s Douniversity line-up, festival director Jamie Murray says: “The programme is progressive and in line with our environmentally conscious festival ethos, we’ll be 100% single-use-plastic free on site this year.”

Curated by CommonWeal, expect talks and discussion on social change, the climate crisis, Scottish culture, activism, feminism and LGBTQ+ rights from a whole host of politicians, academics, activists and journalists.

And there’s something for the whole family when it comes to Doune too as they welcome back the Kidding Around Collective to curate the family field which will include a free play area, arts and crafts, and a kite making workshop. Speaking of workshops, Doune will also feature a singing workshop from the immensely talented Zoë Bestel, a DJ workshop from the Fierce Collective, and an Aardman Animations workshop. (Yup, the team behind Wallace & Gromit!!!)

As festival director Jamie Murray says: “Our aim has been to create the most ambitious and progressive festival line-up in Scotland.” I think we can all agree they’ve done that in spades. Roll on July!