Local Natives' performance at Summerhall might not be the most explosive, but it's one that's just as warmly generous as it is enjoyable

Local Natives approach their set full of vim and verve, looking every part a band assured of their considerable talents. The lack of self-doubt is often at odds with the tense, paranoid lyrics, but there's a professionalism in them that makes a safe bet for a quality performance.

After the short Munich II, Vogue opens the set proper with one of the poppiest moments of the night, providing a glimpse of the group reimagined as some sort of indie boy band. Like much of new album Violet Street, it basks in the warm glow of group harmonising, the rough edges of the band's early forays into more art-rock/post-punk territory shorn clean away. 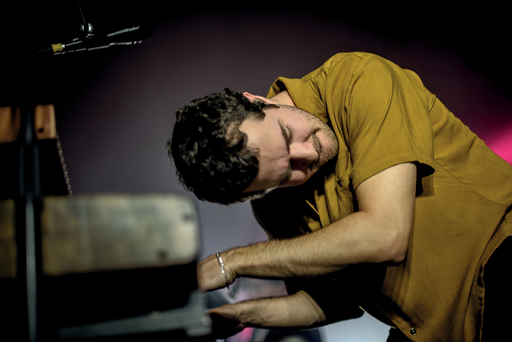 However, that's not to say they can't still throw down with the best of them, as Sun Hands immediately follows with some of the most bombastic, frantic playing of the night and the first of many showcases for the band's oft-overlooked technical chops.

New songs intermingle tightly with the hits, the upbeat dystopia of Megaton Mile melding nicely with the undulating fortunes of the rarely seen Black Balloons, building up to a wonderful close courtesy of Wide Eyes, Airplanes and Dark Days. When Am I Gonna Lose You closes the main set, and perfectly encapsulates where this band are; a song borne of the stress inherent in worrying how long a good thing is going to last – a worry now seemingly in the rear view as Taylor Rice beams about his heavily pregnant wife.

A couple of new ones balance the encore before a poignant, endearing rendition of Who Knows Who Cares caps things off, tying a tidy bow around a performance that might not be the most explosive, but one that is as warmly generous as it is enjoyable.