For an artist that trucks so naturally in maximalism, there's a surprising restraint to tonight's Charli XCX show

Legions of dedicated superfans are immovable about ten rows deep at the front (a few dozen even queued first thing in the morning for coveted 'meet and greet' wristbands), but there's a good amount of space further back for dancing, shrieking and Insta-bragging. Snippets of the quasi-mythical Taxi (an unreleased collaboration with SOPHIE) accompany Charlotte Aitchison, aka Charli XCX, to the stage, mostly inaudible due to the combined force of the audience's excitement, before Next Level Charli and Click kick things off proper.

There seem to be some teething problems with the interplay between the too-quiet playback and the live singing (something opener Rina Sawayama absolutely nailed), resulting in mostly absent vocals for the first few songs. However, the baying crowd are reliably at hand to fill the lyrical void. The entirety of Charli is played over the night, with just occasional nods to older material – there's nothing pre-2016 except her Icona Pop collaboration I Love It, indicating the line Charli has drawn between her early, fairly traditional pop and the later, PC Music-helmed, wonky masterpieces. 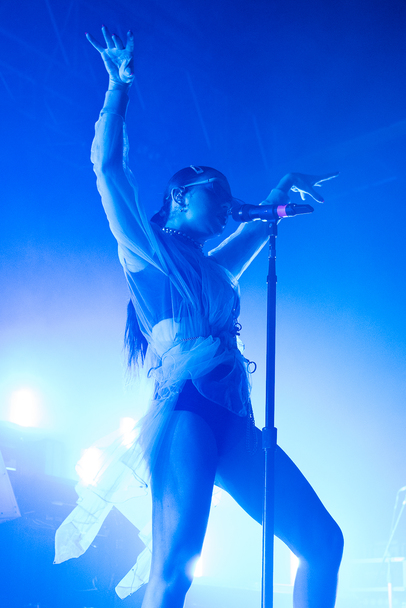 Aitchison remains alone onstage, barring the brief Shake It dance guests, but totally at ease running the room. She stands in just the right places to make the right silhouettes and throws out perfunctory “Glasgow!!!” and “how you fucking doing?!?!” shouts. Once the show finds its groove, though, the sense of experimentalism and spontaneity that has made her stand out in an oversaturated pop landscape is lost.

Track 10 sounds excellent (more from Pop 2 would've been great!) before Silver Cross and 2099 close the main set. The encore descends into a raucous dance party with a lethal run of Unlock It, I Love It, Boys and 1999, perfectly weaving hooks, drops and nostalgia into a satisfying finale. It's a fun end to a show that struggled to find the right balance between the pop-skewering source material and the clubbed-up experience Charli XCX brings to the live setting.