From The Twilight Sad, Arab Strap and Kathryn Joseph to silent discos and comedy workshops for kids, there's something for everyone at Paisley's The Spree festival 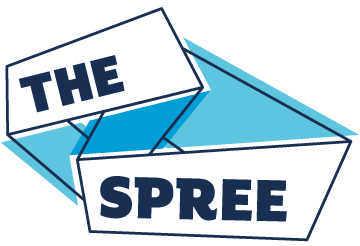 Over the past decade Paisley has really made a name for itself when it comes to Scottish music, from hosting The Scottish Album of the Year Award in the Paisley Town Hall for three consecutive years to The Spree, their annual music, comedy and family friendly festival which has been running since 2012.

Having hosted the likes of Frightened Rabbit and Idlewild over the years, after a forced year off due to COVID, The Spree returns to Paisley this October for the ninth time, with another exquisite line-up from Regular Music who have been involved with programming the festival since 2019 when it hosted Karine Polwart, Gruff Rhys and current SAY Award longlist nominees The Snuts.

Running 7-16 October at various venues in Paisley, this year’s The Spree opens with a concert from Michael Rother in the iconic Salon Perdu Spiegelent, based on Bridge Street in the town centre. Best known for his work in experimental krautrock bands Neu! and Harmonia, he was also an early member of pioneering electronic band Kraftwerk. As part of the festival, Rother will be playing the music of Neu! and Harmonia, as well as a selection of solo works.

Fresh from playing a sold out night at the Barrowland Ballroom in September, Aidan Moffat and Malcolm Middleton – otherwise known as Arab Strap – will be stopping by The Spree’s Spiegeltent on 9 October for not one but two performances, with a matinee show at 2.30pm followed by a 7.30pm performance later that same day. While the pair will be playing an acoustic set, we're sure you’re guaranteed to hear plenty of songs from their 2020 album, As Days Get Dark, recently longlisted for this year’s SAY Award, as well as loads of old favourites.

Similarly to Arab Strap, The Twilight Sad can also be found performing a more stripped back set in The Spree's Spiegeltent on Friday 15 October. As a quite noisy post-punk rock band, you’d be remiss to write this one off as seeing the Sad in a stripped back manner is really quite a special experience, and not something that happens too often these days. The dialled down nature of a Sad show like this gives James Graham’s vocals extra room to breathe making them hit even harder than you’d think possible; don’t forget to pack yer tissues is basically what we’re saying.

Following her beautiful performance at this year’s Edinburgh International Festival in August, the immensely talented Kathryn Joseph will grace the Spiegeltent stage on Monday 11 October. Her unique haunting vocals paired with her gorgeous piano playing and wicked sense of humour are not to be missed.

Elsewhere, the music programme is a delightful mix of old hats and new talent, from the Young at Heart hitmakers The Bluebells (Spiegeltent, 8 Oct) and Edinburgh new wave punks The Rezillos (Spiegeltent, 16 Oct) to young upstarts Retro Video Club (Spiegeltent, 12 Oct) and Paisley locals Linzi Clark (Coach House, 16 Oct, 7pm) and The Vegan Leather, who you can find DJing at Barga on 14 October. There’s also a free-entry hip-hop night at The Bungalow on 12 October, with sets from the likes of Steg G and Becca Starr, as well as a more trad-focused Danny Kyle Night in the same venue the night before, featuring the immensely talented Iona Fyfe.

During the day there’s plenty of fun for all the family too with The Wee Spree featuring dance-along screenings of Disney’s The Lion King, arts, crafts and science workshops, silent discos, a two-day circus camp from Circus Alba and comedy workshops for kids. As much as it sounds like a cliche to say, but at Paisley’s The Spree, there really is something for everyone. If you’re looking for a change of scenery, want to encourage your kids to learn a new skill, or just want to watch some of Scotland’s biggest bands and most exciting up and coming talent, then The Spree is the place to be.

The Spree runs in Paisley from 7-16 Oct